The Welsh at war. Through mud to victory: Third Ypres and the 1918 offensives 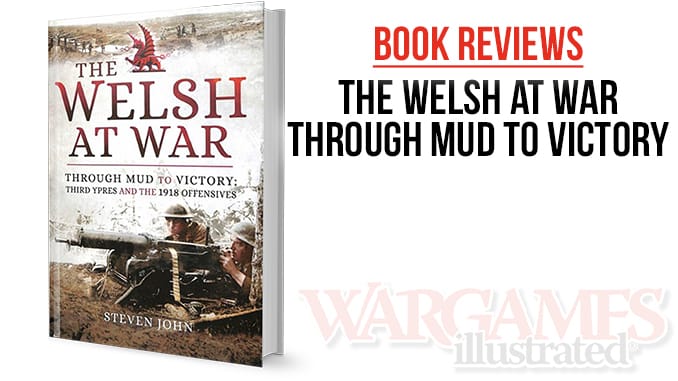 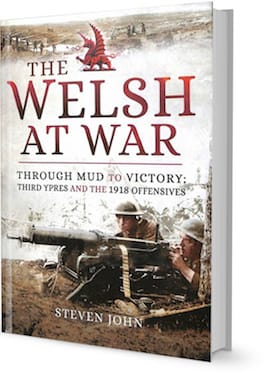 The Welsh at war. Through mud to victory: Third Ypres and the 1918 offensives
By Steven John
Pen and Sword
Reviewed by Peter Brian

This third volume of Steven John’s comprehensive history of the Welsh in the Great War covers not just the regular regiments, it also includes serving officers of the Royal Flying Corps and Welsh nationals serving in Australian and Canadian units.

It is very evident that the twelve years spent researching these books is a vocation for the author, the result of which has provided evidence to the possible identities of some previously unknown soldiers’ graves.

Covering so much does mean the narrative sometimes moves at quite a pace. Little detail is made of the tactics employed to break the stalemate in the last year of the war. What is interesting is the extracts from dispatches and award citations that are included throughout the book that demonstrate the fundamental importance of individual acts of bravery towards the Allied victory.

Nearly every page has one or more photographs, all black and white, mostly portraits or memorials. The dozen or so historical maps that are included do suffer from lack of clarity from being reduced down to fit the page.

The book concludes with Appendices on casualty facts, gallantry awards and the various memorials erected across Wales along, with an extensive index.

Personally, I commend the author in the depth of research, but I felt some sections felt a bit flat. A fitting tribute to those that made the ultimate sacrifice, but not the book to provide inspiration for starting your Great War campaign in miniature.