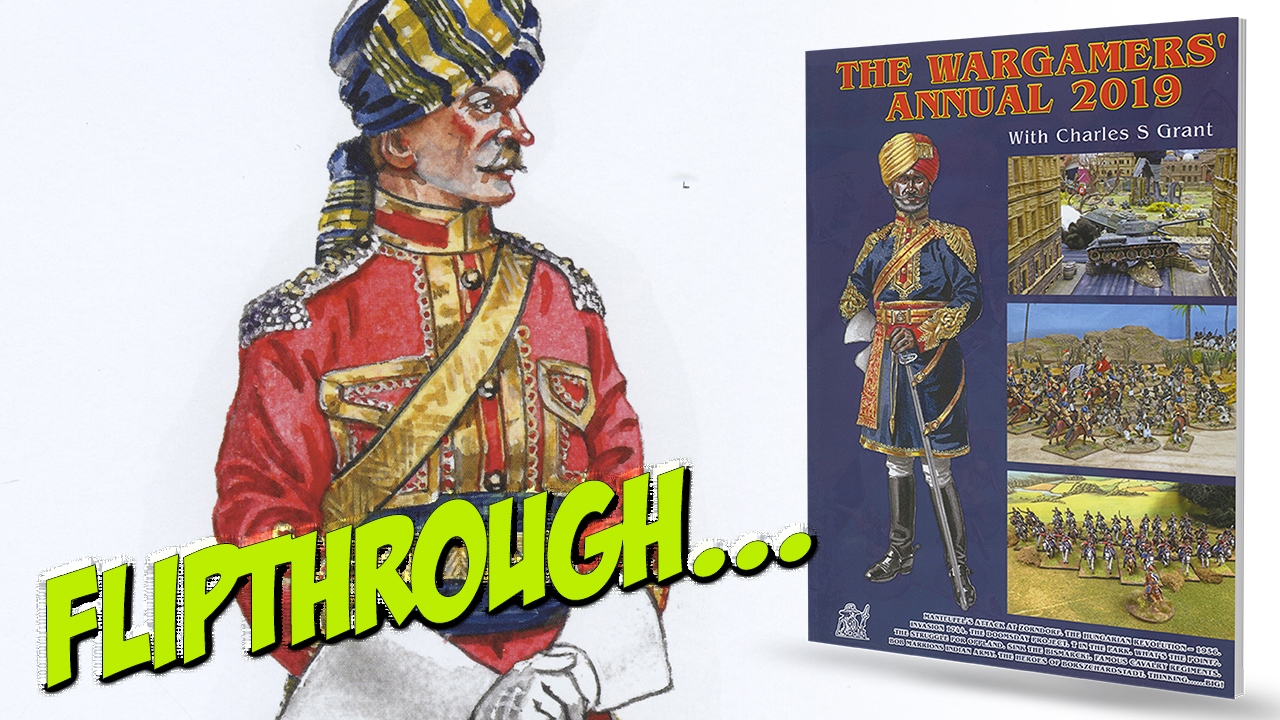 The Wargamers’ Annual 2019 has 80 full colour pages within its soft-back cover. It has been edited by Charles S. Grant and published by Partizan Press. As in previous years, this is a collection of articles and ideas to encourage the reader to try something old, something new and something different from various historical periods.

After a brief introduction, the first article refers to the Seven Years War. MON-2-FELL’s Manteufel’s Attack At Zorndorf, is an account of a clash between Russian and Prussian forces, complete with force lists adapted for wargaming and a handy set-up map. Rules are recommended, and the photographs of figures and a gaming set up are useful if you are thinking of re-fighting the battle yourself.

The next article which looks at The Hungarian Revolution, 1956, is more an account of the historical events than a wargaming article. This is a brief overview, with a suggested bibliography and ideas for viewing.

In contrast, the Invasion 1744 article is a lengthy account of a campaign (we presume played out by the author) based around a ‘what If..’ French invasion of England, played out using the maps and charts from the 2015 version of the  Annual. It features a turn by turn, ‘day by day’ event log, with photographs of miniatures in action.

There are three other ‘Battle Report style’ articles which appear in the book, including this one for the Back of Beyond.

Towards the back of the annual the book takes another turn-of-style and provides six pages of uniform plates by Bob Marrion showing Indian Army officers of the late 19th and early 20th Century.

The eclectic coverage continues with an interesting guide to painting 6mm figures compiled by someone new to the scale , and concludes with a Vignette Challenge on page 79 – although we are not actually told what the Vignette Challenge is.

The articles contained in its pages are well written and interesting, but would benefit massively from an introduction to each – when flitting from a battle reports, to painting articles, to historical information we need an introduction to give us a clue where each article is going to take us.