THE WAR OF THE TRIPLE ALLIANCE 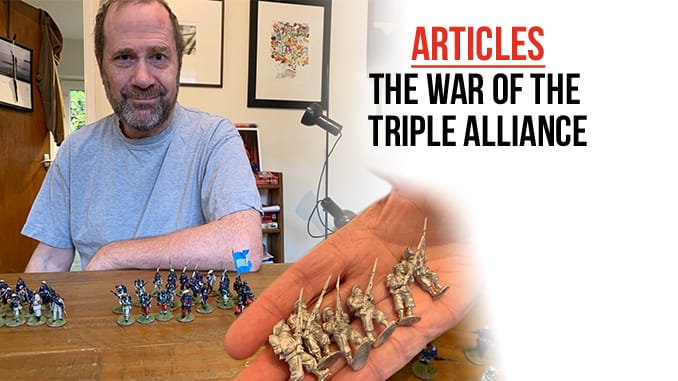 The current issue of Wargames Illustrated (WI387, January) features an interview with Alan Perry in which we discuss Perry Mins forthcoming range of figures for the The War of The Triple Alliance 1864 – 1870. This fascinating South American conflict was also know as The Great Paraguayan War and in the early 1990 WI ran a series of six detailed articles by John Sharples about the war.

Like all the 6,000 + articles which have featured in Wargames Illustrated over the years, these are available to view online by WI Prime members, PLUS we have also made them available as a handy combined PDF, which can be downloaded by everyone here.