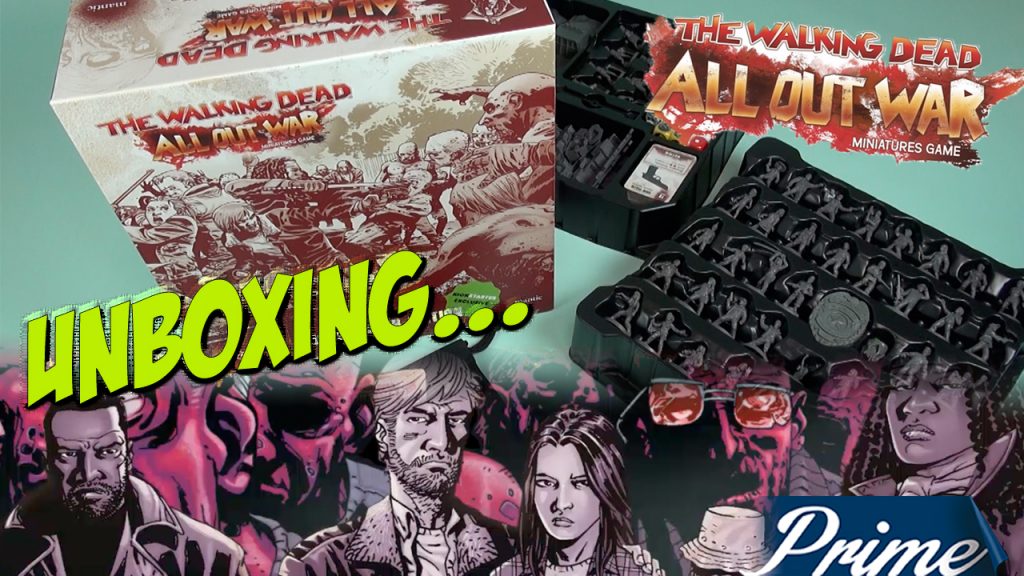 With the release of the new Walking Dead Miniatures Game from Mantic, we managed to get our hands on the Kickstarter Exclusive boxed set and thought you’d like a closer look.

First of all, the Exclusive set uses a deeper box, allowing for the creation of two ‘tiers’ worth of contents.

The top tier consists of 39 miniatures, mostly based upon the characters from the comic book’s history, so all your favourites are here, including Rick, Shane, Lori, Abraham, Michonne and more.

A nice touch is the inclusion of the same characters as their zombie or Walker version, reflecting those who have died over the course of the comic book series. The Walker contingent also offers Mantic’s own Ronnie Renton in undead form, giving you something extra, and those ‘extras’ include a special version of the Initiative counter in the form of Rick Grimes’ Sheriff badge plus the ubiquitous ‘Bag o’ Guns’ and the ‘half zombie’ featured back at the start of the comic.

The lower tier contains all the cards and dice to play the game, plus a dice bag and 3D versions of the cardboard terrain found in the basic set. All the barricades and supply counters have been replaced by plastic molded versions, as have the vehicles, although you do end up with two versions of the same model.

Finally, at the bottom of the box, you have the same high quality paper and card components from the basic set, plus the Quick Start and Full rulebook

Overall, this is a quality piece of work by the Mantic team and contains some of the best one piece plastic miniatures that I have seen. The game itself may not be to everyone’s taste but the overall standard of the whole set is high. In some ways, it could be seen as being the benchmark by which other licenced products of this type should be judged.