THE ROMAN INVASION OF BRITAIN 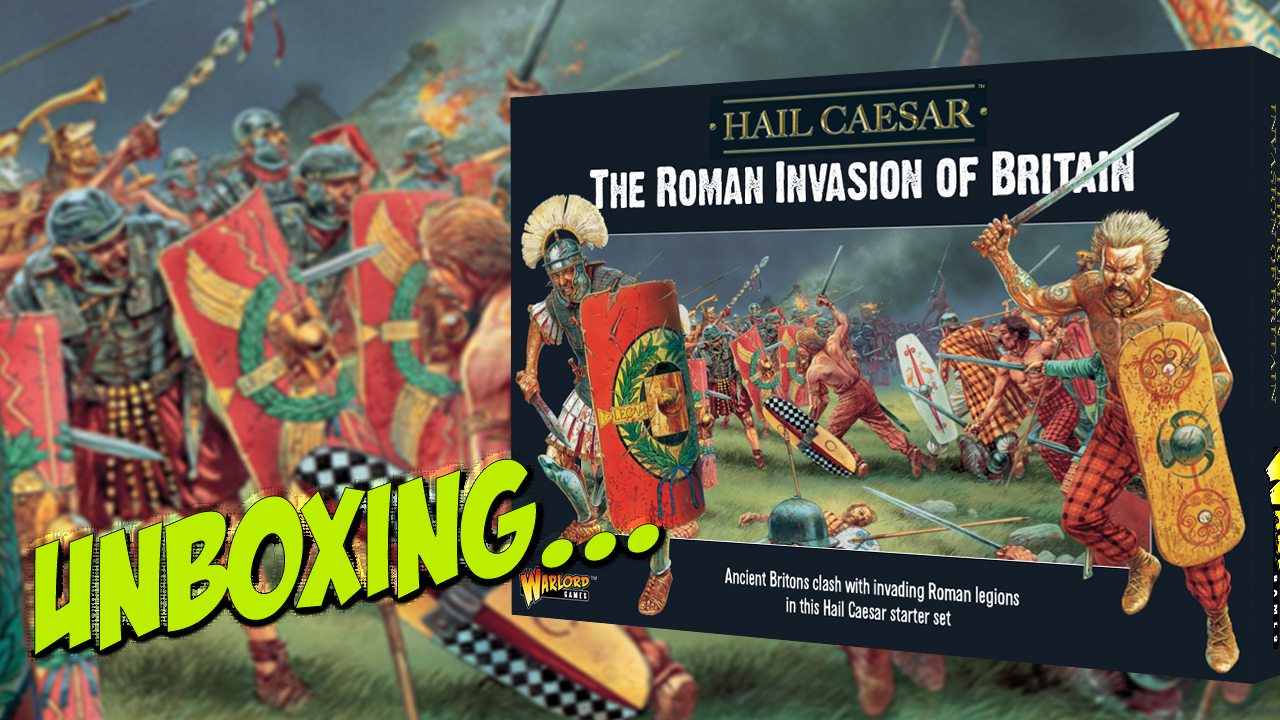 Warlord Games are big on starter sets and this one does indeed provide you with everything you need to get gaming the Invasion, or indeed any Celt v Early Imperial Roman conflict.

You can read the text from our video unboxing below.

First out of the box is the mini-Hail Caesar rulebook. This is a complete A5, softback version of the full rules.

Next up, is the Invasion booklet. In these 24 pages you will find, one page of army lists, a quick-start set of rules, and the historical background to the invasion.

These are the waterslide transfers for the Roman shields.

Cunningly disguised as a box inlay, keeping everything neat and tidy, is this (always useful) Quick Reference Sheet.

And making sure no space goes to waste, it’s side panels are the home to several cut-out casualty tokens.

In this Box Set exclusive clam shell, you will find two mounted army commanders, a Roman general and a Celtic Chieftain.

A few more slides here for the Celts, bases for the commanders, and a pack of dice.

Onto the plastic figures now, and we begin with a frame of Celtic Warriors, one of 6 in the box, each containing 10 models.

These Celts were first manufactured over ten years ago, not new, but still great, dynamic figures.

This is first of the Roman sprues and it’s the Scorpion – their fearsome bolt thrower. As originally featured in the very first Warlord box set ‘Early Imperial Romans’.

Next up we have the Roman Legionaries. Again ‘classic’ figures, of which there are 4 sprues in the box, allowing you to make 40 Roman soldiers including command.

These last two frames form the Celtic command, as well as more warriors we have a leader, musicians and standard bearers on here.

We finally unload the box with enough multi-bases for all your figures.

So let’s just have a recap of all the content in the box.

A bumper set of Invasion goodness, and all just in time for….