The Road To Berlin | Warlord Games 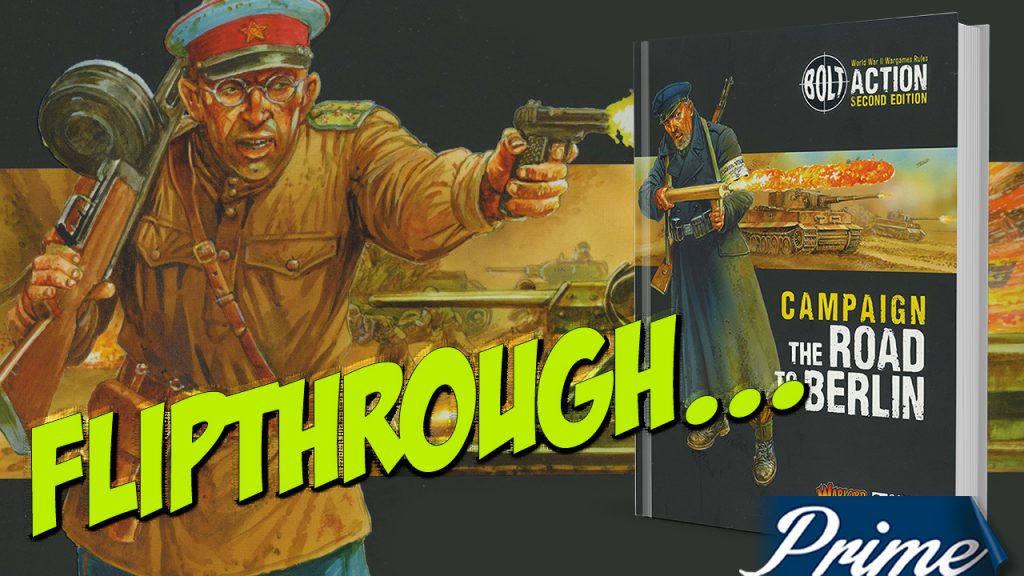 The latest Campaign supplement for the Bolt Action rules focuses upon The Road To Berlin, the late war period of World War Two which saw desperate fighting for liberation, the painful death throes of the Third Reich and the rampage of the Soviet Union as they carved their way into Germany.

The book begins with a general re-cap to the situation, then goes onto examine Operation Bagration, the main Soviet advance into Germany. There are new special rules and theatre selectors, designed for general use and the special scenarios. Of particular interest are the rules for games where one side has more points than the other, supply issues and adapted victory points, plus the ‘Forlorn Hope’ theatre selector which encourages the formation of very mixed ability German forces, trying to desperately hold against the Soviet juggernaut. New German units are outlined, mostly the types of troops associated with the ‘scraping of the barrel’ that was common at this time. The scenarios are clearly defined, with suitable maps and force details.

After outlining some of the later action in Bagration, the book outlines the heroic struggle in Warsaw, when brave Polish fighters attempted to liberate their city from German forces. Each of the main aspects of the city fighting are discussed, with information on using the basic scenarios from the main Bolt Action rulebook, plus rules for those included in the book. A comprehensive Theatre Selector allows for the creation of suitable forces for the Polish Armia Krajowa and German forces, with a useful section on some of the What if? scenarios, the use of captured and ‘homemade’ armoured vehicles by the AK, and details of suitable scenarios. Although ultimately doomed, the bravery of the Poles and their amazing skills in improvisation are well documented.

A similar level of detail and rules is included in sections detailing the AKs post-uprising resistance to the Soviet’s NKVD detachments, trading one enemy for another, the Soviet securing of their flanks as they advance into Germany, the offensive along the Vistula – Oder rivers, all as the German forces fight an increasingly doomed rearguard action against the Soviets as the latter sense the end is near.

Finally, we approach the end, with the Soviet forces, able to enter Berlin and striving to bring the war in Europe to a conclusion. The apocalyptic battle for Hitler’s capital city is outlined, both in historical terms and using the core rule set. There are rules for fighting in the streets of the city, which generic scenarios are suitable, specialized theatre selectors, details of the types of forces that the Germans were reduced to fielding, and stats for the use of so-called Wunderwaffe (the huge Panzer VIII Maus and night vision sights) to the use of captured World War One British tanks! The scenarios are well presented, if perhaps a little one-sided, as they should be, but have some nice touches to make for a good game for both players.

After the ‘fall of Berlin’, the book returns to the realm of the struggle to liberate an occupied city, with information on gaming the Prague Uprising, including the ultimately doomed ROA or Russian Liberation Army, anti-Bolshevik Russian P.O.W.s who ended up fighting both the German and Soviet forces alongside the people of Prague. There is also a series of appendices containing additional special rules, including the effects of snow, deep mud, thin ice, digging-in, various types of mines and minefields and fighting in city environments. All of these complement the scenarios in this book and can be used in other Bolt Action games.

This supplement works as both a resource for the Bolt Action rules and an abbreviated account of some of the last battles fought by doomed soldiers from a failed nations state and dictatorship. The writing style is informative and interesting, with the use of some nicely observed sidebars and considerations of what other types of games may be played. The additional rules and force organization details also add a host of new rules and troop types to the game, allowing for a number of new options in games and suggestions for new forces to collect. The overall look of the book is up to the usual Warlord and Osprey standard, with some excellent artwork and painted miniatures being collected together into one volume. All in all, an excellent, well-researched book with plenty for anyone interested in the final collapse of the Third Reich. 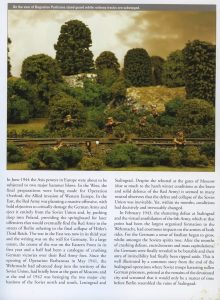 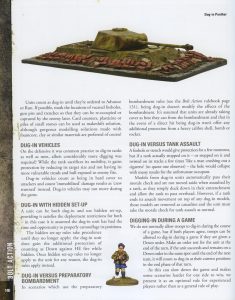 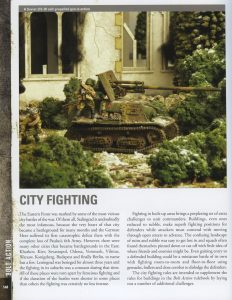 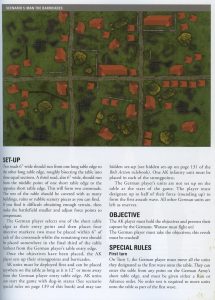 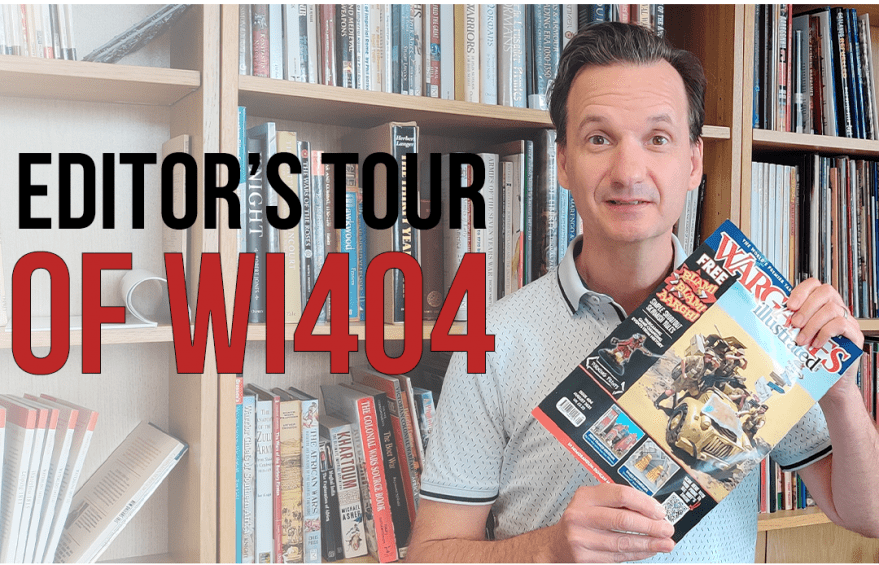