The Landing in the Dawn 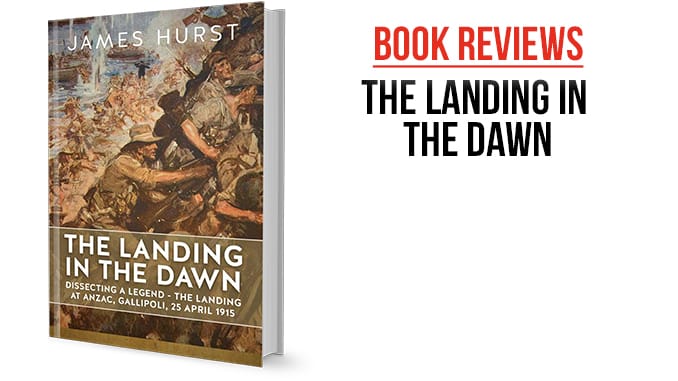 The author has created a micro historical account of the Gallipoli landings on 25 April 1915. The focus is on the experience of a single Australian Battalion, the 11th, during the first day. A lengthy introduction explains the rationale for concentrating on primary sources, letters and diaries, to depict the landing. Painstaking research was required. Hurst’s aim is to dispel myths and inaccuracies that have developed over the years.

The book rewards with a visceral and vivid account of that day, “A bang on the side of the boat announced the first hit and a second later the seaman let go the tiller with an ejaculation of disgust – a bullet had passed through his forearm.”

The personal accounts are not merely used to “set the scene”, but to explore, re- inforce or challenge the history. Photographs and maps are used to enhance the text.

The wargamer could use this book to develop narrative and create scenarios for the 11th Battalion’s landing and attacks on the objectives of that first day. The words of the men involved put the events into a context and provide depth and meaning to a game. The focus on a single battalion makes this achievable in many scales.

A valuable read for anyone interested in the First World War or the experience of combat itself.