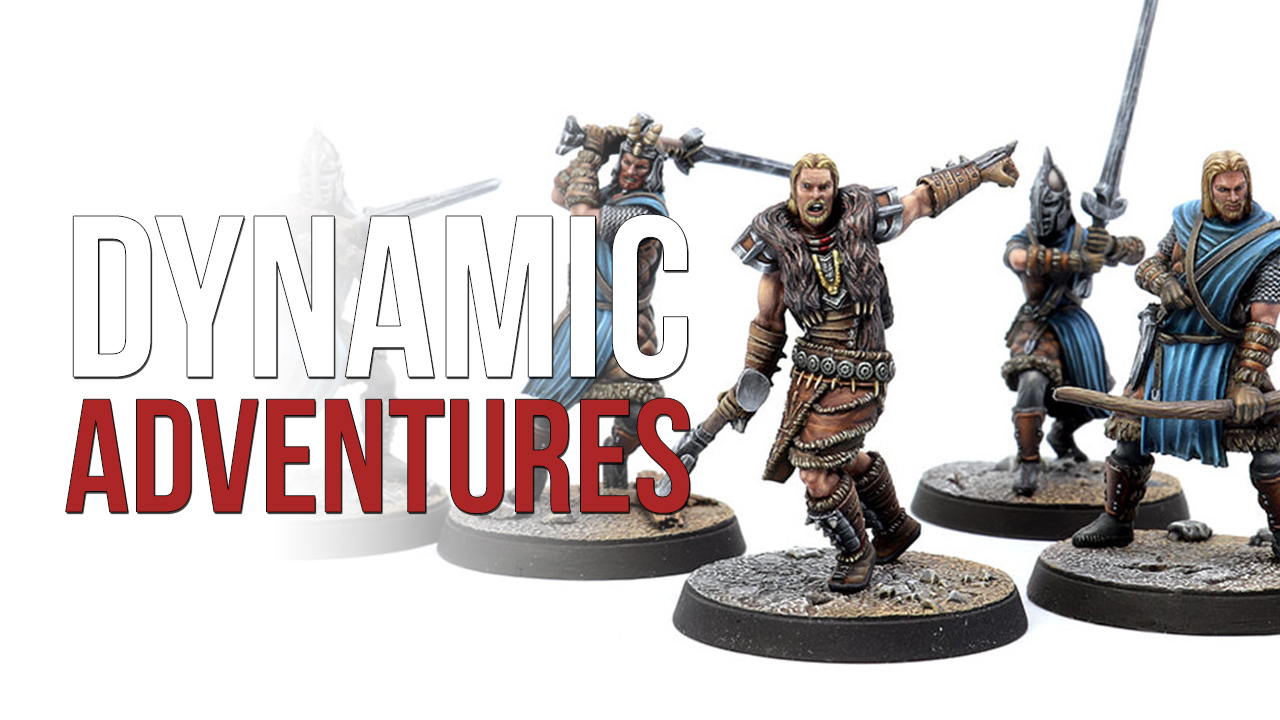 Just released are three boxes of plastic miniatures designed to support the new “Elder Scrolls: Call to Arms” skirmish wargames system. The first box is undoubtedly my favourite, the “Bleak Falls Delve Set”. This sprue of 8 plastic figures provides everything the player needs to begin exploring dungeons and looking for treasure. It contains a Dragonborn human hero, three skeleton undead, three ‘Draugr’ undead warriors and one rather nasty looking ‘Draugr Overlord’. This box is designed for play using the “Dungeon Delve” system provided in the main “Call to Arms” rulebook, which can be played solo or by any number of players in co-operative mode, with everyone fighting the undead occupants of the barrow and stealing their treasure.

Note: The text below is the transcript of our Unboxing video (for those who would rather read than listen).

The next two boxes provide miniatures for the two main competing factions in the world of Tamriel. The first is the Stormcloak faction, which contains five different plastic warriors armed with a variety of weapons and in some very dramatic poses. The third box contains five plastic miniatures for the Imperial faction, one of which is a hero and one a Mage with impressive fire spouting from her hands.

All the miniatures come with individual round bases and measure about 32mm tall, making them the high end of heroic fantasy. However, the miniatures themselves are quite fine and they could easily be used alongside skeletons or heroes from other manufacturers such as Games Workshop, without any difficulty.

What sets these plastic miniatures apart from others on the market at the moment is that although they are multi-part they are not multi pose. Each one of the miniatures comes with a separate head, arms and legs and also usually with the torso in two parts. Each miniature will only go together in one way and the weapons in most cases are moulded into the hands of the wielder, making weapon swops or mix and match heads and arms not an option.

On first unboxing, this seemed a little odd, as it begged the question why not just make the miniature in one piece. A quick call to a miniature designer and the answer became clear. Making the miniatures in so many pieces allows a more dynamic pose to be created and also allows greater detail to be included on each part of the sprue. Close examination of the miniatures bears this out, as the detail is superb and since there are only five miniatures in your faction, you can afford to really go to town when painting them.

The box recommends that the contents are not suitable for those under fourteen years of age, and I have to say that the models will take patience, along with some previous modelling knowledge when putting them together, especially when handling thin pieces such as the Skeletons bony arms.  However, once built and painted these are a great set of miniatures to start your adventures on Tamriel with and I look forward to future releases in this great range.