The Bismarck: for Victory at Sea 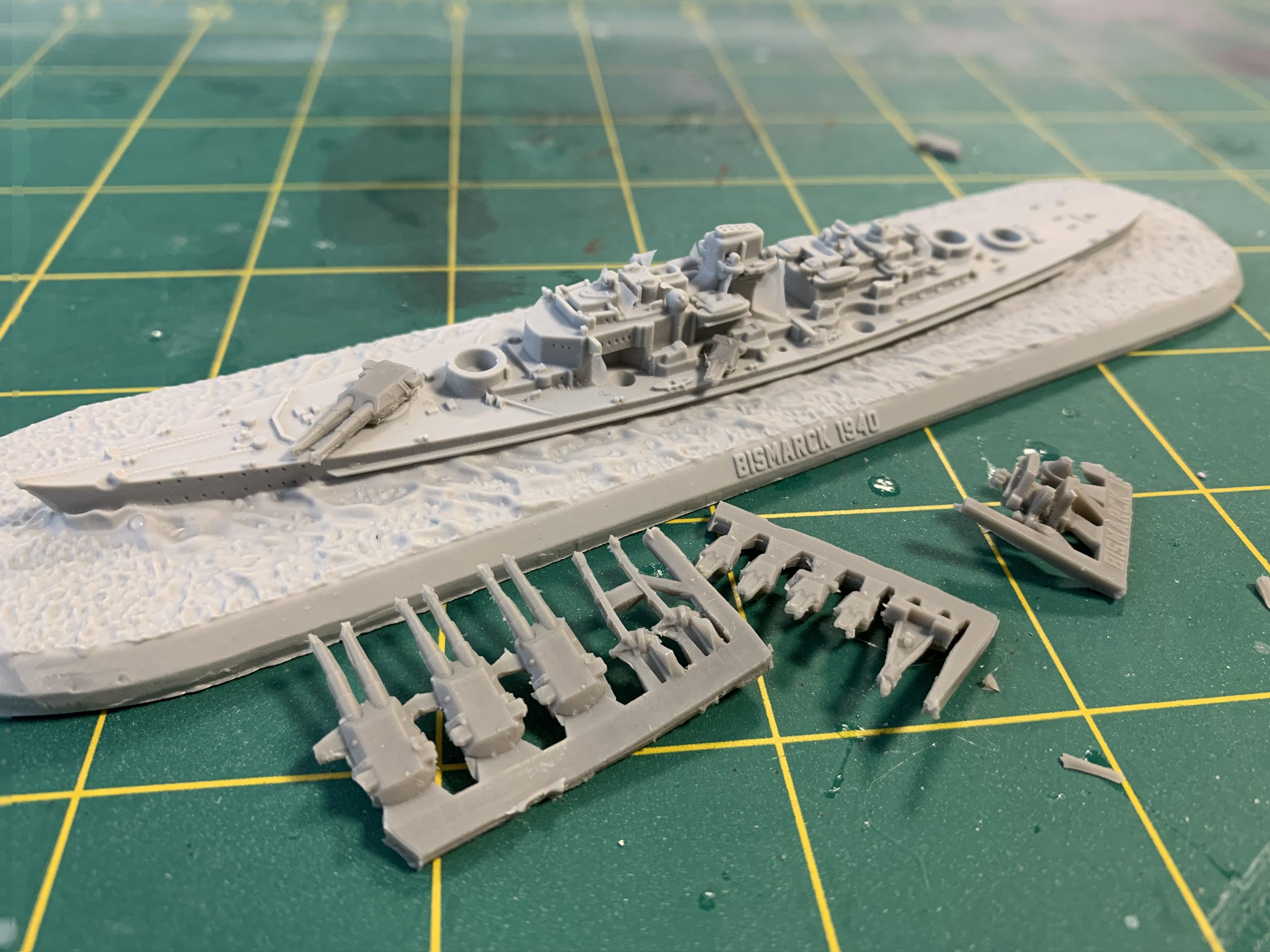 Ultimately the Kriegsmarine was too small to match Germany’s ambitions plans during World War Two, yet it managed to produce the most famous ship of the war; The Bismarck. Despite only having one, eight-day, combat operation, it is fitting that this ship is one of the early releases for Warlord Games’ Victory at Sea.

Like the ships in the Victory at Sea Starter Set this model consists of a main body piece with (love um or hate um) base, with details like the guns and masts provided separately. The main ship is well cast in resin, with crisp and correct details. For such a small scale Warlord has done a grand job there.

The additional pieces, made in the bendable ‘Warlord Resin’, consist of four main turrets, six smaller turrets, the bridge, antenna stack, and cranes. These pieces are a little too soft for my tastes – making removal of the mould lines a bit of a pain for someone with as little patient as me.

Once everything is fitted together it looks like the grand ship it briefly was and one of my favourite models thus far in the VaS ship range.