The Battle that Won the War: Bellenglise 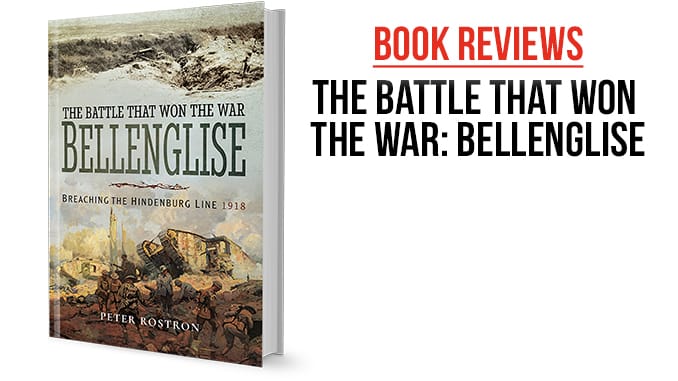 Peter Rostron’s former military career shines through in his very concise account of the action to breach the Hindenburg Line across the St Quentin Canal. The 46th Division and its successful crossing of the canal receives special attention throughout, but the author still provides a great deal of detail about the considerable number of British, Australian and American units vital to the operation.

The initial stages of the book set out the strategic position of the Allies, including some discussion on the doctrinal debates taking place between senior military figures and the British Government. The author then describes the myriad tactical and strategic elements the 4th Army needed to consider while preparing for its attack in an engaging and concise manner. The maps and descriptions included will be a gold mine for anyone trying to prepare scenarios based on the operations. This includes archived maps created in preparation for the attack.

The description of the crossing and ensuing battles is detailed and easy to follow. There are numerous accounts that wargamers interested in division through to section level engagements can draw upon for inspiration. The battles quickly evolved from the stereotyped trench warfare to open battle once more. The author’s own military experience shows through in his candid discussion on the operational difficulties the officers and junior leaders faced on the ground. The assessment of the quality of the forces and their conduct is fair, although the author is unable to resist including a couple of quips made by British and Australian officers about their American counterparts!

Overall, I recommend this book to anyone looking at wargaming the breach of the ‘impenetrable’ Hindenburg Line and scenarios set in the closing stages of the First World War.