Texicana: Before The Alamo 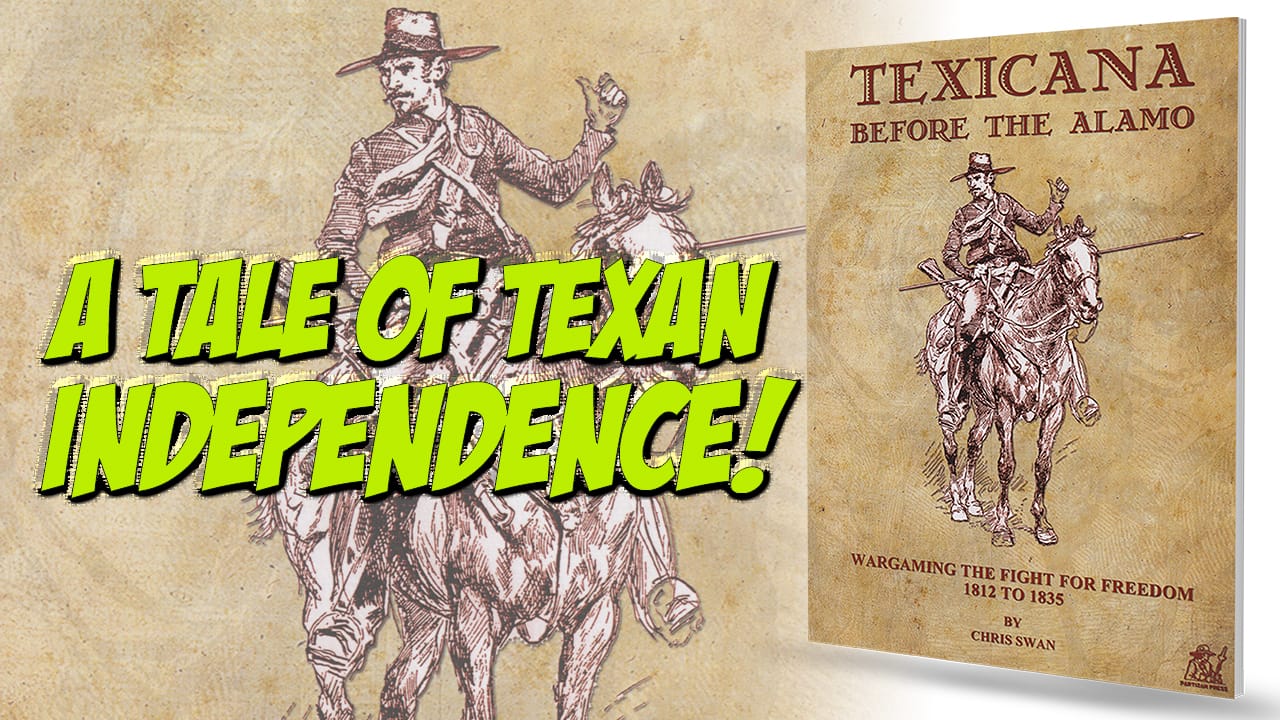 Texicana: Before The Alamo is an 87-page softback book that is designed entirely with wargamers in mind, a refreshing change from those books which struggle to balance historical research with wargaming use.

The book begins with a brief introduction before launching into a suitably abbreviated history of the first ‘war’ for Texan independence, which took place between 1812 and 1813. The joy of this section is that it focuses on the main events, breaks up the text with quotations, modern photos and the occasional flag design, then moves onto a section entitled The Key Antagonists which provides a portrait and information on the main generals and leaders who fought in the war. Then, by page 14 onwards, we’re into the wargaming aspects, uniform colours, suggested rules for using the various types of troops and some hand drawn colour images of the main types of uniforms. Granted, the images aren’t ‘Osprey Quality, but they do the job.

The book continues in a similar vein, helpfully dealing with the Rebel forces in a little more detail, but still focused upon the wargaming options, with suitably generic charts and tables, playable looking wargaming scenarios for each of the encounters mentioned in the history, special rules, easy to understand set up maps and a photocopiable set of event cards. An absolute focus upon gaming this conflict is the key aspect of every page in this section. The only ‘wasted’ space I can see is entirely based upon my opinion: the pages based upon ‘How Our Campaign Played Out’ serve no real function for me personally, I want to get toys onto the tabletop, not read about what someone else did with their mates. However, that is only in MY opinion – others are free to disagree.

The next section deals with the period from 1832 up until 1836, the ‘classic’ Texan struggle for independence. Again, it follows the same ‘gamer friendly’ format as the first, with plenty of suggested rules, information and more, with set up maps, special rules and uniform guides.

After some fairly generic but very useful gaming information, Appendix One provides full details and information for gaming using the Black Powder rules, complete with charts, army lists and event cards. Appendix Two covers available figures, and Appendix Three has suggestions for further reading. So, a popular ruleset, tick, suitable miniatures, tick, and where to go next, tick. Exactly what the average gamer needs, double tick.

This is a wargamer’s book written by a wargamer. I don’t think I really want to say much more than that – if you want an example of how to write a book of this type, here it is.