Terminator Resistance Across The Globe 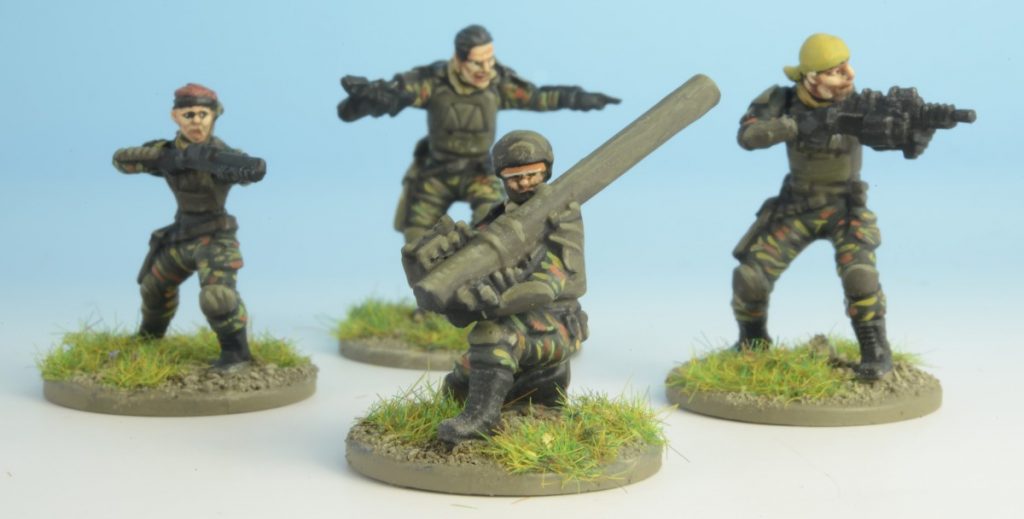 Whilst the majority of the Terminator movies take place amongst the pre- or post-apocalyptic ruins of America’s cities, we got to thinking about the war against Skynet on a more global scale.

What about in other environments, or those Resistance bands without the high tech weapons of John Connor’s teams? So, we asked ace painter and friend of the magazine Dave Woodward to grab a handful of the plastic Resistance Soldiers from the Terminator Genisys Miniatures Game and think beyond the blasted remains of LA and see what he could come up with,

He began with a more classic ‘urban’ look but then went for a more jungle or temperate camouflaged team, with a suitably chosen pattern of dark greens, khaki and light brown. He then considered those hardy souls who may have attempted to escape the all-seeing Skynet by heading to the far North or South polar regions, so he came up with some more wintery camouflage. Lastly, he went to town with scalpel, glue and bits box to come up with PA survivors starved of more modern weaponry and forced to resort to bow, swords and axe. One box of figures, four different ideas, four different aspects of the Resistance to the Machines – and remember, in the game, wherever you are, you ARE the Resistance!

Terminator Genisys The Miniatures Game and the Resistance Soldiers Expansion Set are produced by River Horse Studios and are available from Warlord Games www.warlordgames.com