Terminator Genisys: Rise of the Resistance 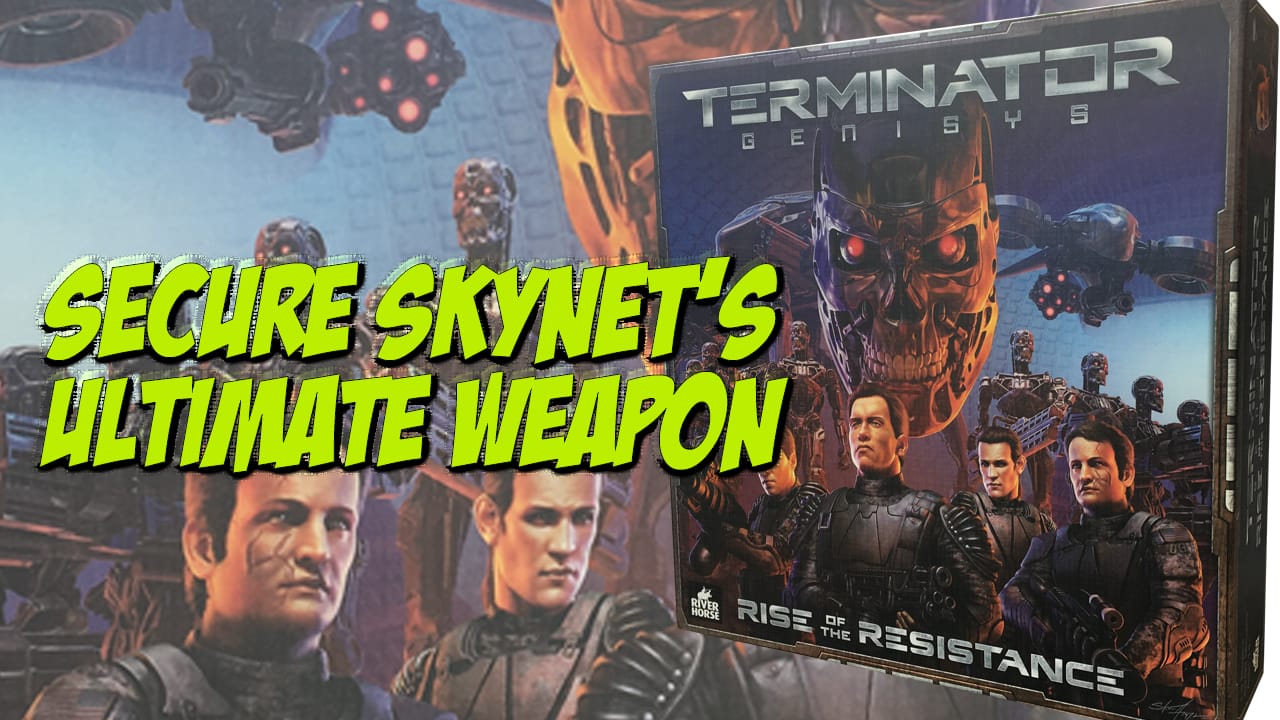 The River Horse has added a new game based upon the Terminator movie licence. Terminator Genisys: Rise of the Resistance is a cooperative miniatures-based boardgame which allows 1-4 players to take part in some of the action from the movie.

Once you lift the lid, you come upon the main rulebook. This is a 25-page softback book which is easy to access. The use of textual and pictorial examples is great and really helps with grasping the fundamentals. Directly beneath the rulebook is a 27-page Missions book, again a softback, which contains all the information needed to rune 7 missions that are expanded versions of the game action. These come complete with maps and special rules for using the map tiles in the box.

Moving on to the various components for the game, we find 12 punchboards with the tokens and markers, plus the map tiles and character reference sheets. The tokens, templates, markers and other cardboard elements parts are all double-sided, and are printed upon durable, heavy gauge card. They have some nicely done aesthetics, especially the map tiles, which depict the grit and grime alongside the shiny and chrome.

The plastic elements come in an inlay, which contains space for all the miniatures. The main characters from the movie are all here, 6 in total, plus the all important terminator robots. In addition to the famous endoskeletons, there are also airborne drones and a four-legged terminator. The character miniatures are seemingly ‘larger than life’, out-scaling the endos. The latter are a little spindly but come with a variety of weapons. All the figures come based and are molded in a grey plastic, although the Skynet minions have a slightly silvery cast to them.

Also included are the game cards for the characters and their equipment.  There are coloured plastic bases designed to clip to the figure bases for up to 4 players.  The last items are the special combat dice and player-coloured standard D6 dice, giving you all you need to get gaming from the outset. All of these come in ziplock bags inside a plastic tray inlay with suitable gaps for the miniatures and enough space for all the components to be carried around in the box from gaming session to gaming session.

Overall, this is a quality product, with great production values. The artwork on the map tiles and the overall ‘look’ of the cardboard components evokes the atmosphere of the movie. The character and drone miniatures are nicely done, but the endoskeletons seem out of scale and a little puny compared to the others. However, they are fine for in-game use, and have some nice weapon options. Gameplay seems simple but fun, which is what its all about really.