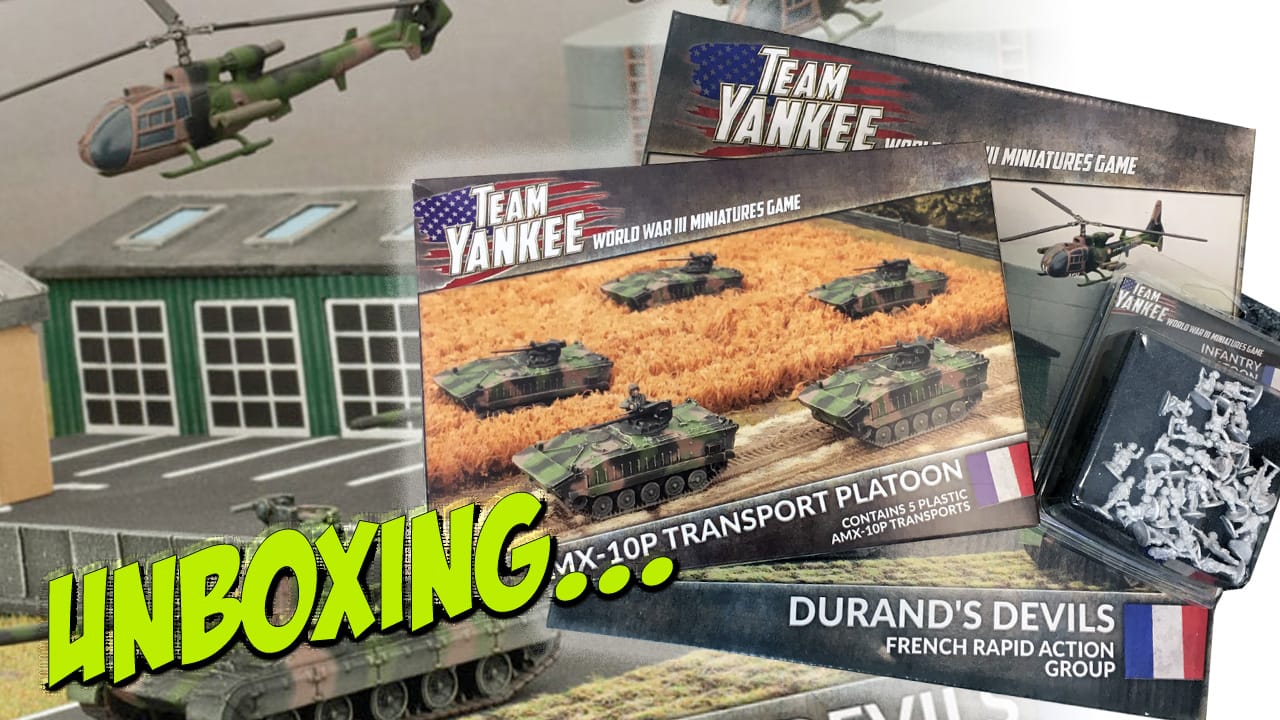 Battlefront have released the latest tranche of miniatures to compliment the Free Nations supplement for their Team Yankee rules. NATO forces get some reinforcements in the form of a number of boxed sets of vehicles and blister packed infantry from the allied, but non-NATO command, French forces.

The French starter set is entitled Durand’s Devils and consists of all plastic kits. These are 3 AMX-30 tanks and 2 Gazelle Helicopters. The AMX-30 sprues come with the option to be modeled as the basic tank or to be created as the AMX Auf1 SP Howitzers to provide some mobile artillery support. The Gazelle helicopter was an airborne strike and reconnaissance asset employed by many members of NATO and across the world. The set comes with Unit Cards for the various options, including how to field a French tank platoon and the 20mm autocannon armed Gazelle anti-armour helicopter, plus decal sheets and a mini-rulebook.

The next set consists of 5 all plastic AMX-10P armoured personnel carriers, in kit form of course. The AMX-10P is an amphibious vehicle, able to transport 8 passengers in full kit and with a 3-person crew. It has a 20mm autocannon as primary armament, with a 7.62mm coaxial machine gun as secondary armament. The kit doesn’t come with any options, but variants exist, including artillery observation, command HQ vehicles and mortar carriers. The kit includes a plastic tank commander sprue, plus a decal sheet and Unit Cards.

The option to add the French as NATO allies is useful in game terms, given the variety of fairly unique vehicles and weaponry they field. There are more releases on the way for the French and no doubt more for the Team Yankee range as a whole.