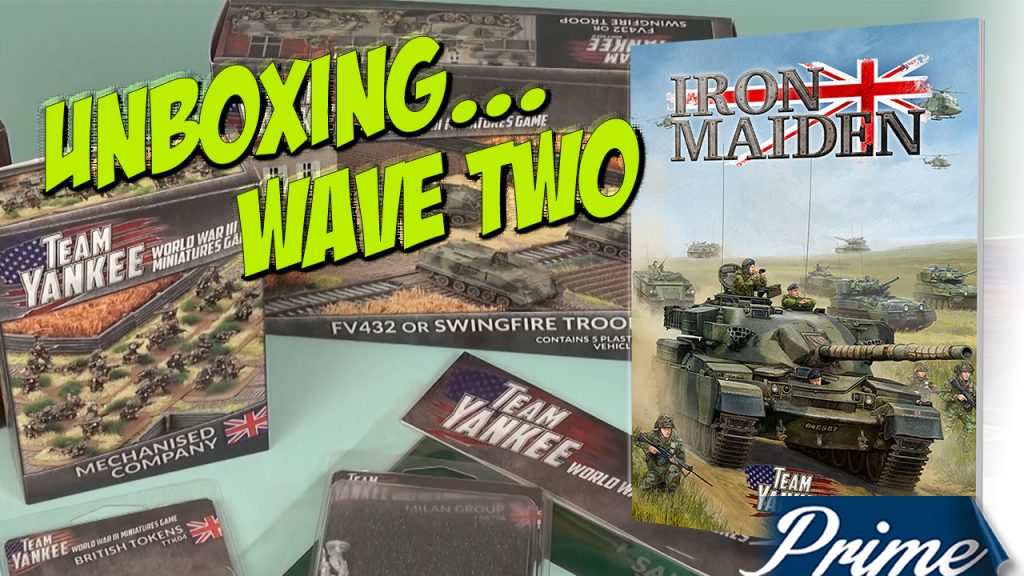 Having brought us two variants of the Chieftain tank in plastic and the chance to field transport or tank hunting versions of the Lynx, it’s now time to send in those stalwarts of the British Army, the infantry.

Let’s take a look at the new box sets and blisters in the latest wave of Team Yankee releases.

The FV432 Or ‘Swingfire Troop’ contains 5 plastic vehicles that can be assembled as the standard 432 APC, Mortar Carriers or Swingfire Anti-Tank Missile carriers. This should be the first port of call for anyone introducing infantry to a modern battlefield, the ‘battle taxi’ armoured personnel carriers that ensure that the troops get to where they are most needed. Containing all the parts needed to make any of the three versions, you can add some serious firepower to your Mechanised Infantry Company that acts as a force multiplier for the infantry themselves. The kits come with resin crew members and the relevant cards to get them straight onto the tabletop.

There are eight Unit cards in the set, including not only troops mounted in FV432’s but also options for Airmobile elements for use with the Lynx helicopters and a Support Troop card for use with the upcoming Spartan APC.

Of course, on a battlefield dominated by armoured vehicles, having some extra firepower with the ability to take out enemy APC’s and tanks is always useful. This is covered by the new Milan Group, allowing you to field this wire-guided anti-tank weapon using up to ten ‘tubes’.

There are also Unit Cards for fielding both a Mechanised and Airmobile version of the platoon, allowing you to deploy your teams fairly rapidly and, more importantly, safely onto the battlefield.

There are also other new additions for the game in the form of British Tokens the British Paint Set and the British Salvo Template. In the Battlefield In A Box range, we have the new Mechanic’s Workshop, which enables gamers to add yet more fully painted terrain to their tabletop

With these latest releases, the forces of the B.A.O.R are more able to take the battle to the enemy. And there are more to come very soon, you can rely on your primetime Bulletin to bring you what’s on the way for Team Yankee as soon as we have it!