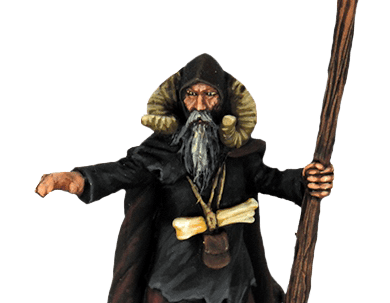 Studio Miniatures have added a large number of 28mm Monty Python and the Holy Grail models to their Medieval Mayhem range of late. We’re looking at just a few of them.

MM03-Sir Bors & Squire
The first minis under our movie microscope is the double pack of Sir Bors and his squire. Standing in a commandeering pose, nicely detailed, with a rather good likeness of Python Terry Gilliam visible in the face, Bors is an appealing model. He would work in a force that wasn’t based around the Holy Grail but is obviously ideal to add an element of the absurd to your force.

Bors’ stationary pose fits this unfortunate knight’s inability to “run away!” during his fatal encounter with the Rabbit of Caerbannog.

The squire who accompanies Sir Bors is just as nicely detailed and it looks like the designer has scoured freeze frames of the film to get a likeness. Coconut shells are included, which will be vital if you wish to make your knights ‘mounted’!

There are various other packs of knight and squire available too – we particularly like the King Arthur and squire set, which includes Patsy (Gilliam again) with his big pack weighing him down and a great Graham Chapman likeness on Arthur.

If you want to bring a hint of the mystical to your army there’s the mighty Enchanter (or Sorcerer if we go by Studio Miniatures’ name) who you can call Tim!

This is a great representation of John Cleese’s character and will sit nicely in fantasy armies or serve as some kind of druid in a historical force if you’re happy to bend accuracy a little.