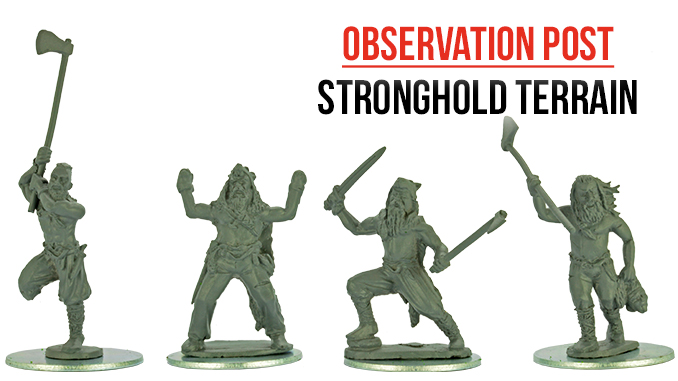 Stronghold Terrain of Hamminkeln, Germany not only produce quality terrain but also market their own range of miniatures.

Stronghold are the official distributor of the German editions of SAGA and Dead Man’s Hand. Some of their most recent releases include male and female Viking beserkers for use with SAGA or any other Dark Age rules systems.

These are just some of the miniatures intended for use with the SAGA rules and are simply two packs in a whole range of specialized or unique figures that the company produces.