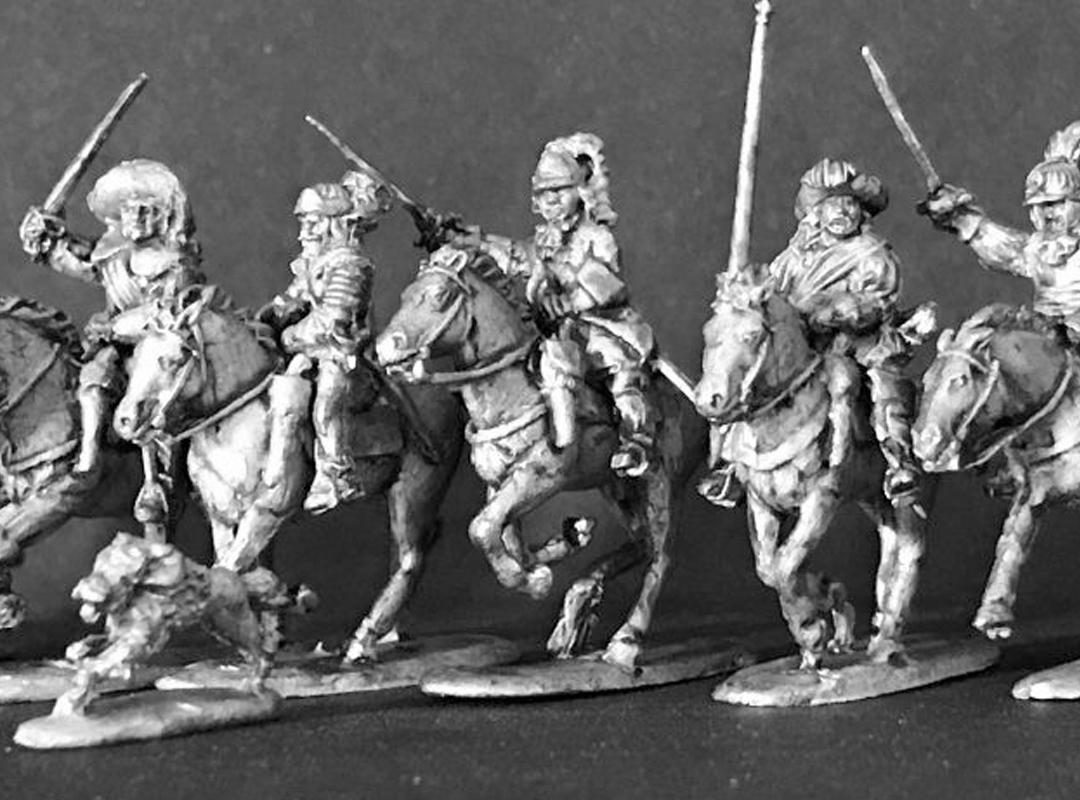 Steel Fist Miniatures have released a new range of figures for the English Civil War in 15mm – a new addition, alongside their existing 28mm ranges. The initial release covers the earlier part of the conflict, although the clothing and most equipment would not look too out of place up to the 1650s.

The range is organised into unit sized packs of 28 infantry or 12 mounted troops. Each pack is themed so all figures will be matched, be they marching, attacking, or firing. Each figure in a pack is slightly different through a change of position, different headgear, or armour. This difference in individual figures will be an attractive feature to those who like variety in their mid-17th century units, which was a period of erratic issues of uniforms and equipment. As well as rank and file figures, each pack also contains suitable command figures.

You can choose to have your pike marching with pikes advanced (upright), attacking with pikes at charge (levelled), and at porte (45 degrees). Within each pack, there is a mixture of armoured and unarmored figures provided. The pikemen are supplied open-handed and Steel Fist provides plastic brush bristles to use as pikes.

The musketeer packs are either marching with the muskets shouldered or firing and loading, both with musket rests. These rests fell out of use as the war progressed, hence the figures being aimed at the earlier years of the ECW.

The mounted troops have an even greater variety than the foot, with packs aimed at representing the more flamboyant and aggressive Royalists, as well as better equipped or heavily armoured Parliamentarians. These are of course just guidelines, and you could choose to use the figures for either side to suit your own taste and interpretations.

The figures are all on the smaller side of 15mm and are true 15mm foot to eye. They are nicely proportioned figures, and richly detailed. Casting is good with crisp detail and the unit sized packs will allow army building to be a quick and easy process.

The figures would also be suitable for use as troops fighting in the Thirty Years Wars, although equipment sticklers may want to avoid those packs with figures wearing the three-barred ‘English Pot’ helmet that is associated more closely with the British Isles.

Steel Fist are promising expansions to the range including artillery and figures aimed at the later parts of the war, such as the Scots Covenanters and the English Parliament’s New Model Army.

Whether you’ll be fighting for King or Parliament, these could be the figures to win you the kingdom!