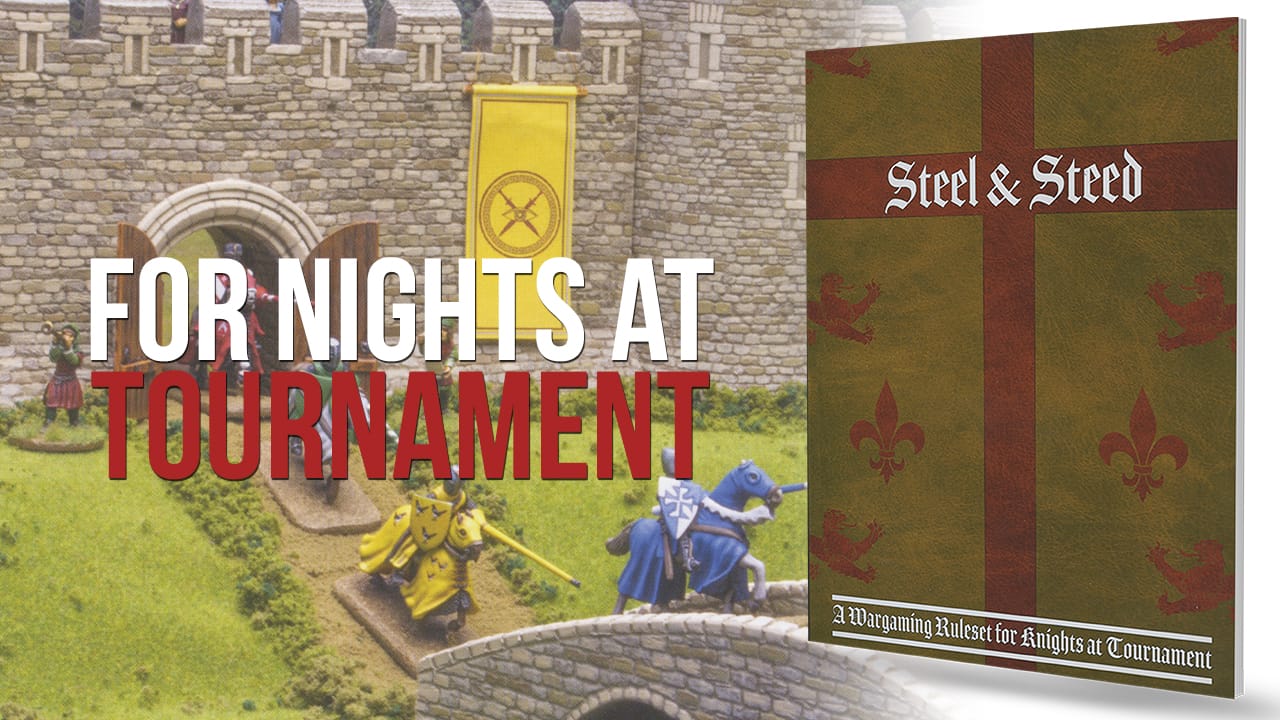 Steel and Steed is a ‘Wargaming ruleset for knights at Tournament’. This 112 page softback A4 book pitches the lead player in the role of host of a medieval tournament, or series of tournaments, which can involve: one on one combat, jousting, mounted combat, team combat on foot and horseback and archery.

You will find a (very!) in-depth breakdown of the rules, courtesy of the publisher, here:

Whichever tournament the player decides to host, similar rules are followed regarding actions taken by individual knights/models, including: move, attack, disengage, intimidate, play to the crowd, rest and defensive stance.

Although the (D10 based) rules for combat would lend themselves well to a micro-skirmish wargame, tournoi flavour is added to the rules in the form of; obtaining and using favour, campaigns involving developing your ‘knightly house’ (including purchasing a castle!), courting fair maidens, and gaining experience to spend on new skills.
Steel and Steed sits comfortably with the current crop of miniature games that straddle between wargaming and roleplaying. The combat involves such detail as ‘critical hits’ and four different types of horse, and at least half of the book is given over to character and ‘knightly house’ progression.

The rulebook (from the same people who brought us the gladiatorial combat game – Sons of Mars) is clearly presented, with some well composed photographs. The game should appeal to those who fancy some quick tabletop action with a minimum of set up, on a small table. The hook comes with the potential for a campaign that sees a player’s house develop through a series of different styles of tournaments – rules for which are provided.

Find out more and purchase from www.godseyegames.com in America and www.northstarfigures.com in Europe.