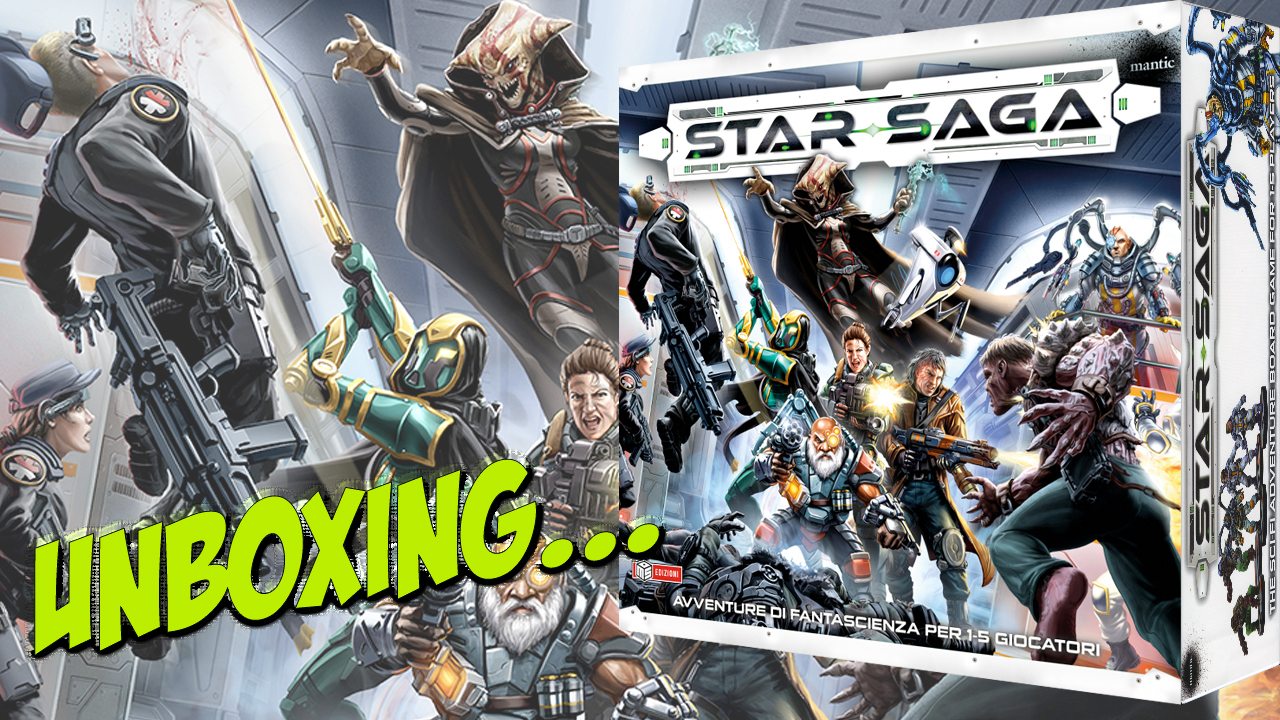 The new Star Saga boxed game from Mantic is a sci-fi version of the popular Dungeon Saga adventure game. In company with its fantasy predecessor, this is a sturdy cardboard box packed to the gunnels with everything you need to play the basic game.

The first thing you notice upon opening the box are the 28mm miniatures. Molded in either red or grey plastic, there are 35 in total, breaking down into 6 Mercenary characters, 5 Boss miniatures, including a hulking Plague Aberration and 24 Minion miniatures. The plastic itself is fairly ‘hard’, with some bending possible but pretty sturdy overall. They all have a great deal of character, with even the lowliest Minion being well posed and in a range of active poses.

In addition to the miniatures, there are some great sci-fi terrain items for use that could not only be used with this game but for others as well. There are 10 plastic doors in three different sizes, plus 26 scenery items ranging from the obvious, such as computer screens, to the less obvious such as tables, laboratory shelves, equipment, filing cabinets, storage drawers and crates. These are uniquely sci-fi designs, and very well thought out.

The game play area consists of 33 double-sided floor tiles, printed in full colour on the same heavy gauge cardboard as the box itself. These are subtly marked with squares that aid with calculating movement, etc. Again, these enhance the gameplay experience and could also be used with other rules. The core rulebook provides simple to learn rules, with the player being encouraged to learn as they play rather than reading over them time and time again. To aid in this, there are a series of scenarios contained in the Eiras Contract Mission Book. Each of these are designed to be played within 30 minutes, in either co-operative or solo play mode, or all the scenarios may be combined to create an immersive campaign narrative. The game is both dice and card-driven, with unique attack and defence dice included, character record cards, 130 Nexus cards detailing their effects within the game and over 60 counters that are used to record movement, combat effects and other rules related matters. There are also weapons templates, aiding with calculating the area of effect of special weapons.

As always with such games, everything needed to play is contained in the box. However, Mantic Games always strive to provide the highest quality components that they can source, and this game is no exception. Expansion sets are already planned and the miniatures and scenery items will no doubt be released separately at some point in the future.