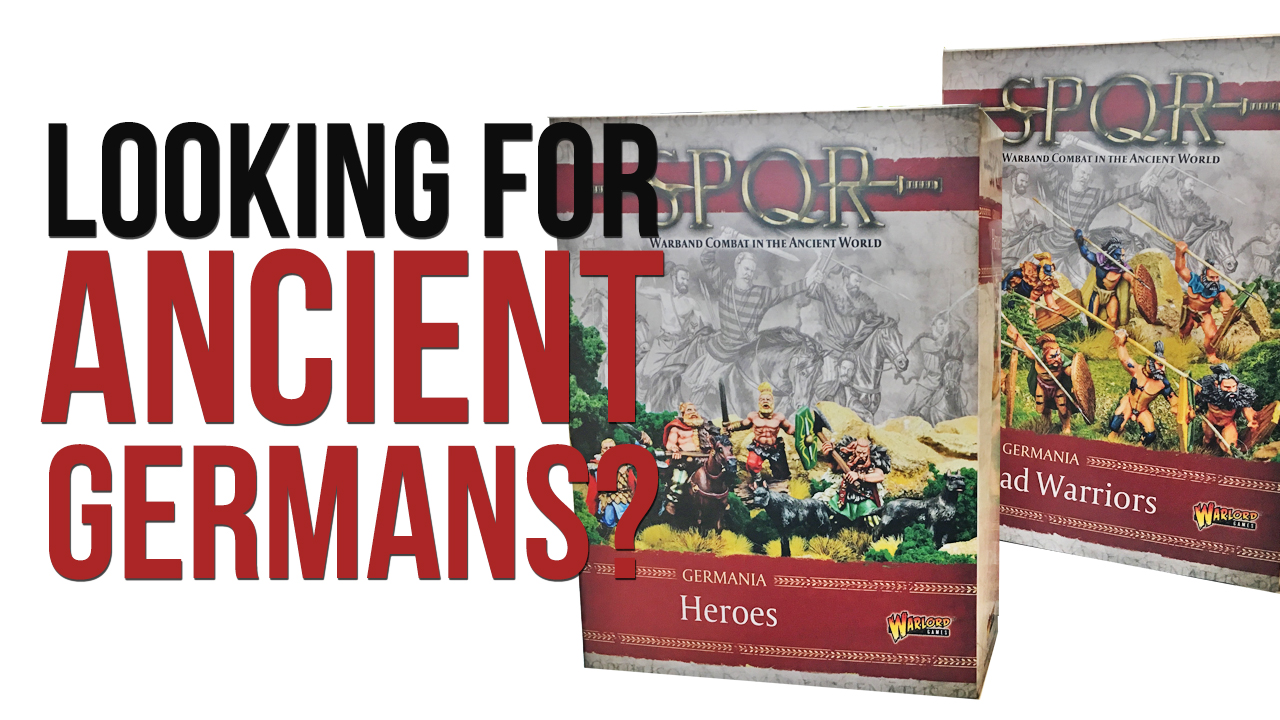 Warlord Games has released two new boxed sets in support of their SPQR rules system for warband battles during the Ancient period. The two new sets represent members of the tribes of Germania, entitled Heroes and Skyclad Warriors.

The Heroes boxed set includes six 28mm figures cast in resin.  Two of these figures are named, Arminius and Ariovistus, and are no doubt supposedly based upon the historical characters. The remaining figures include a mounted warrior who is rather ‘large of girth’ and sits astride a horse clutching a two-handed axe, a Germanic warrior no doubt calling upon the Gods for aid, and two large, wolf-like hounds. Also included in the pack are a SPQR unit card and a character card for each of the named characters.

The second box contains twelve figures cast in the same resin that has come to predominate recent releases from Warlord Games. The box itself is entitled Skyclad Warriors, and is intended to represent those warriors of the Germanic tribes who supposedly fought largely or entirely naked during battle, covered in tribal warpaint. They wield shields and spears, and are provided in battle poses. A datacard for the SPQR rules is included, allowing the figures to be fielded as a unit in the game.

Although some of these figure poses are the same as those released by the company in the past, the use of the new ‘Warlord Resin’ makes them slightly more detailed than those of the past. It’s also good to see that Warlord is supporting their Warband-scale rules with additional releases,  allowing a simple access point to new and veteran gamers alike.