Sparta Rise of a Warrior Nation 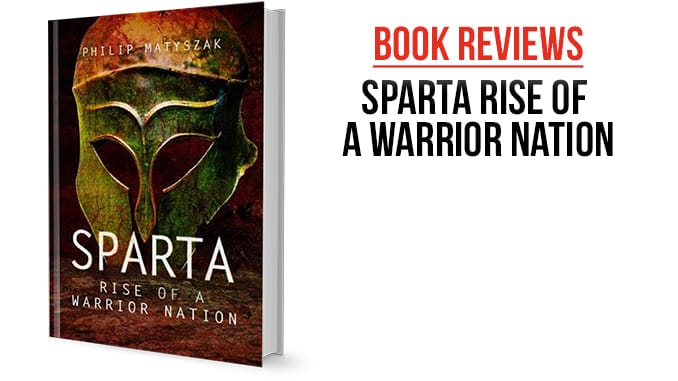 Sparta, now almost impossible to say without adopting a terrible Gerard Butler voice if you are a fan of the film 300. Also home to possibly the most famous warrior nation to have existed. Empires may be better known, other nations may spring to mind but nearly everyone knows Sparta. In this book Philip Matyszak provides an overview of the beginnings of Sparta until it reached its zenith at the Battle of Plataea. At a reasonable 192 pages, including the index, maps, glossary and bibliography, the book travels at pace through the origins until the Battle of Plataea and finishes with a short summary of what happened.

This is a very easy book to read, the information being conveyed is presented in a clear and concise manner. This is highlighted in the first two chapters; the first of which is called “this is Sparta” leading to the silly voice again. These cover the origins of the Spartan city state with a brief coverage of the Heroic Age era and providing both the likely history and the legendary origin. That both of these origins are given without leading to confusion is a credit to the skill of the author. This is not hagiography of Sparta; their flaws are highlighted as much as their strengths allowing the reader to receive a balanced view.

Sadly this is a book light on detail, at all times you are left wanting more. For example the glossary covers twenty two terms, that list feels light with words like Ephor missing from it. The maps are welcome but lack detail and context; I expect at least one that shows Sparta properly in relation to the rest of Greece. Yet the first map has Lacedaemon only partially shown in the bottom corner and Sparta is not even marked as I suspect it is off the map. With some strange missing words it shows a lack of proofing and is a disappointment.

Although not full of detail, the book delivers on its title and does not miss anything out. In that respect it makes an excellent primer for the early years of Sparta and if that is all you need then this is the book for you. The bibliography has a number of good selections for further reading if you so need. As a gamer there are a number of campaigns and battles within the book to inspire you but further research will be needed. The Messenian Wars would make excellent campaign games. A map of Greece could be combined with Warbanner’s forthcoming Mortal Gods game and Gripping Beasts’ Swordpoint to provide a more involved campaign. Use Mortal Gods for the pre-game scouting to allow a bonus for Swordpoint. Otherwise try and work out a way to fight Thermopylae in such a way that the Spartans are not overrun immediately but will succumb eventually. And if you work that one out let me know!