Snipers at War – An Equipment and Operations History 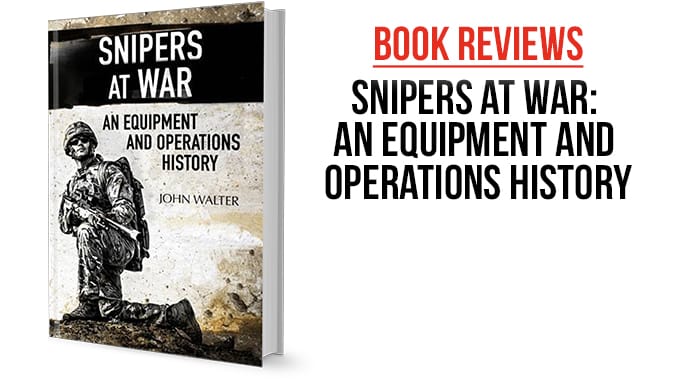 Snipers are a strange bunch, sitting hidden for hours at a time, patiently waiting for that one opportunity to shoot before moving on to the next hide. Through history they have been revered and reviled, feared and respected. Today they are an important part of any modern force, be that regular army, special forces, militia or insurgent force. Their effectiveness is as much psychological as practical but there is not doubting the effect they can have. In this book John Walter looks at the history of these fighters from the earliest times until the present day. At 294 pages this is not a small tome but it is packed full of information, with lots of diagrams and pictures along with an extensive bibliography and index.

I will admit I was not looking forward to reading this book, it is not my normal fare, but I am more than happy to be proved wrong. This book is so easy to read and, as already stated, full of information. Interesting prose combines with concise and relevant details even when explaining the finer points of Test Target Diagrams. Examples are used to highlight pertinent points and they all make sense. The short description of the difficulties faced by snipers in desert conditions during World War Two. The reasons why they are rarely mentioned soon become clear on reading it.

I can find very little fault in the book as a whole, mainly I think it is too short. It can get a little heavy going while discussing the finer details of which version of the Mauser rifle was most suited for sniping duties at the start of World War One. A number of the anecdotes are lacking in detail, there is often more than enough to reinforce the point the author is making but as a reader you want that little extra before and after. This is a book that concentrates on the equipment to the minor detriment of the sniper themselves.

If you want to get a more than thorough grounding in the history and technical aspects of sniping then you could do a lot worse than this book. It really gets going with the invention of the rifled musket as this is when the sniper began to come into their own. You will have more knowledge about shot-rectangles, mean diameters and minute-of-angles than you will ever likely need. This is definitely a book that gives you information rather than suggestions and as a gamer it makes the one size fits all aspect of sniper rules seem a little too convenient. Taking World War Two as a n example, desert warfare should see few snipers if any and the early war forces there would only be the Russians and Finns who made great use of them early on. Other nations were not so quick to re-utilise them. This is one of the best books I have read this year, I am still a little in shock at how much I enjoyed it!