Sea Devils for the Doctor Who Miniatures Game 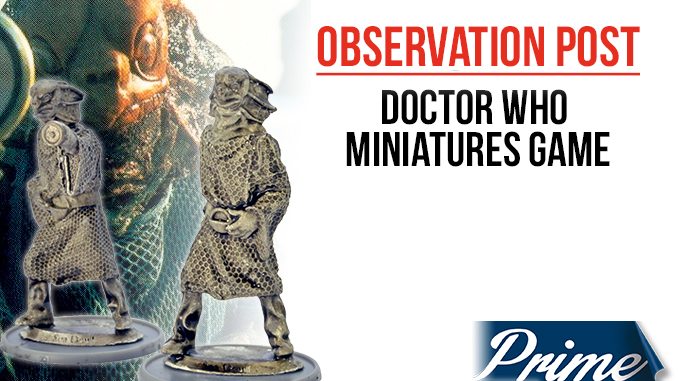 The range of official Doctor Who miniatures being produced by Warlord Games has been accepted by many collectors and gamers alike. One particularly popular aspect is that fact that the range includes both the ‘Classic’ and ‘Nu Who’ eras.

Back in the 1970’s, the Third Doctor faced a foe that came from beneath the seas of Earth, the reptilian Sea Devils. The miniatures are based upon images from the BBC, so are some of the most accurate representations that are possible to find.

There are three figures in the trademark small box. Two of the Sea Devils are in action poses, holding their round ‘searchlight’-like weapons. The third is posed in mid-sentence, possibly remonstrating with the Doctor.

Although there are no game materials included in the box, these are being worked on at the present.

As the official figures, these are excellent renditions of these iconic characters from the pre-2005 re-launch. There are more packs featuring other races and characters planned for release in the future.