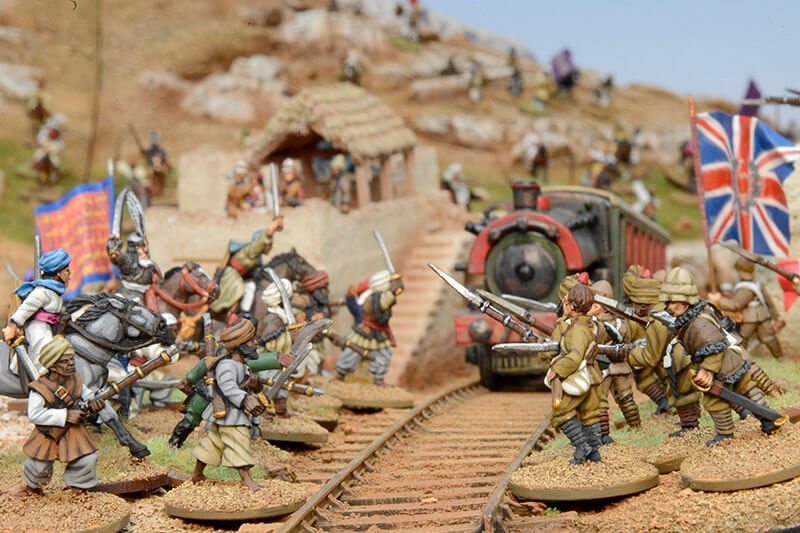 We’ve been having fun at work again, play testing the ‘fast play’ rules for our game at Salute. So far, they seem to work pretty well and we think you can have an enjoyable game whether you play for 15 minutes or 50!

The setting is the North West Frontier, 1879. Inspired by a classic movie, the Anglo-Indian Army has been asked to help spirit a young Prince away to prevent his capture or murder by rebellious Afghan tribesmen.

PLUS, this will be a game where you score points for various actions. The person with the highest score overall will win a grand prize, a complete set of our Giants In Miniature figures, including the very latest one, based upon this year’s Salute theme itself…

Come along, join us and be a part of the adventure!

COME AND WORK AT Wi!