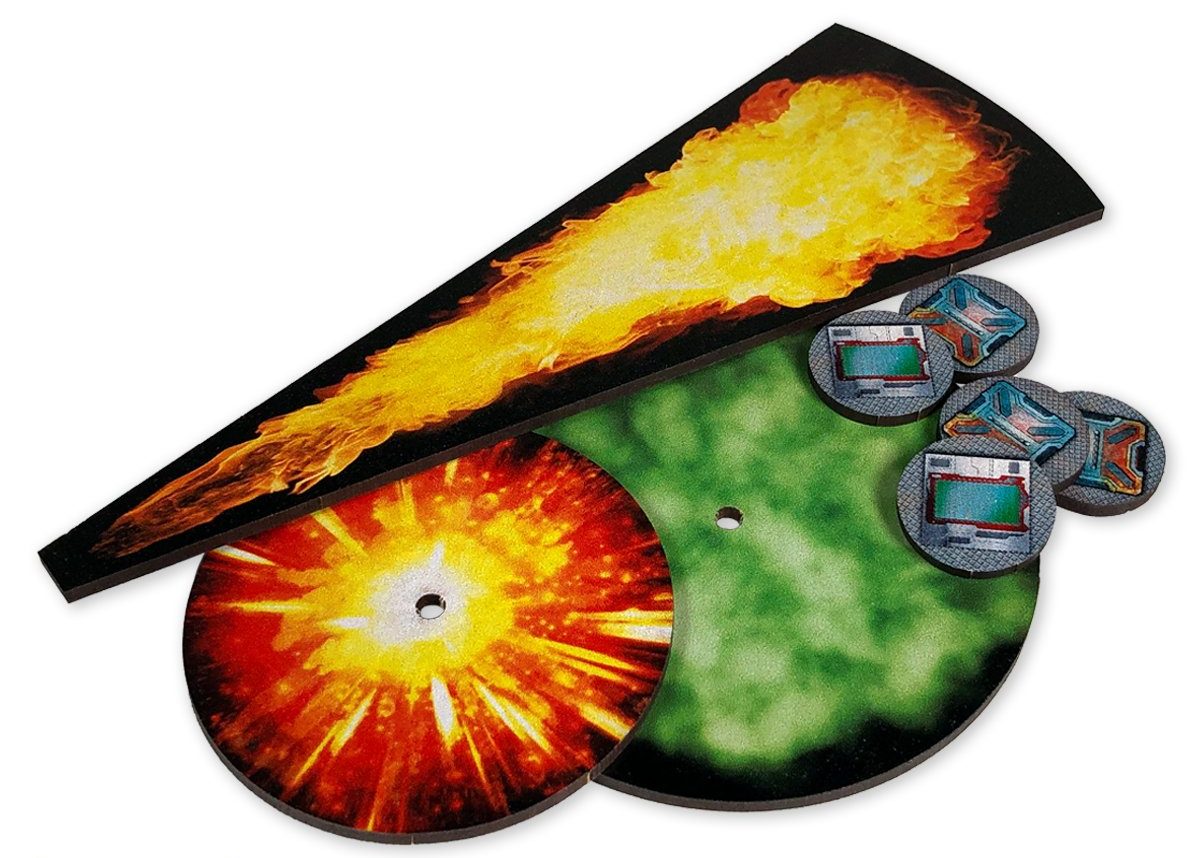 This sturdy set of eight double-sided satin-finish templates for Osprey Games’ Stargrave, is made by Laser Cut MDF manufacturer Sarissa Precision and sold by North Star (amongst others).

The templates cater for all the area effect weapons currently featured in the Stargrave universe: Flamethrower, Psionic Fire, Smoke Grenades and Fragmentation Grenades, plus there are some ‘spare’ sides with blue electrical/psychic charges showed, for yet to be disclosed rules or weapons, or for area blasts featured in other games.

Five 25mm double-sided loot tokens are also included, with physical loot on one side and data on the other.

At only £12.50 this well presented accessory set will doubtless be a no-brainer for most Stargrave players.