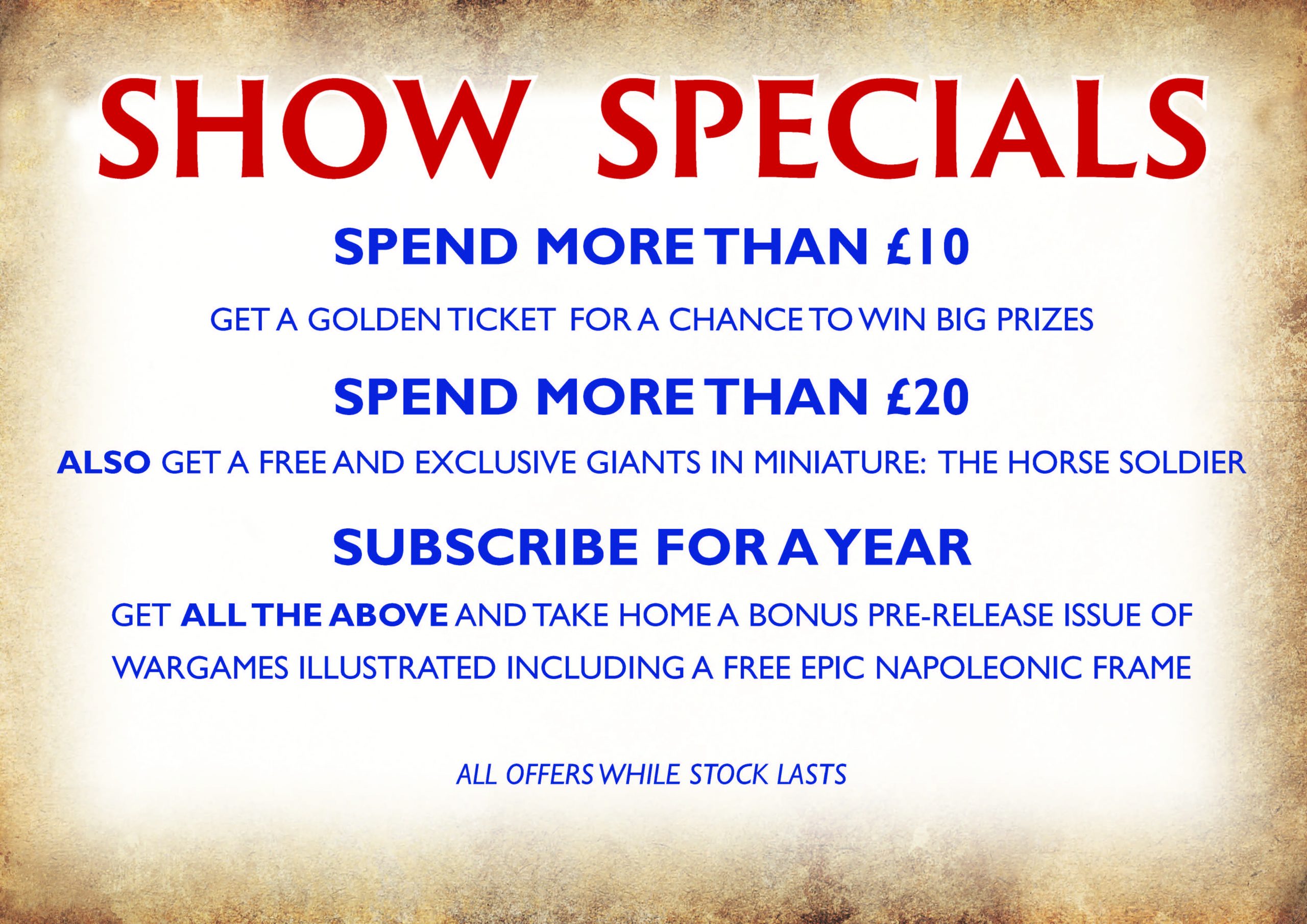 We’ll be at London’s Excel for the first post-pandemic Salute! If you’re coming to the show on Saturday 13 November you can get some great deals at the Wargames Illustrated stand – TL07.

Those Golden Tickets will allow you to participate in our Dice-Off game, the biggest participation game at the show! The Horse Soldier is a show exclusive figure and shown below in James’ grubby mitt. To get your hands on one you’ll need to head to our stand on the day.

And if you want to renew your subscription you’ll snag yourself a bonus issue of Wargames Illustrated to take home on the day. That’s our December issue, Wi408, which comes with quite the bonus freebie. Included with the issue is a frame of Warlord Games’ new Epic Waterloo Heavy Cavalry (either British or French) to play with ahead of their full release.

Have no fear if you aren’t ready to subscribe though, you can buy Wi408 at the stand ahead of its release date. We have limited amounts of this issue available so head over nice and early to make sure you get yours (and the free frame included).