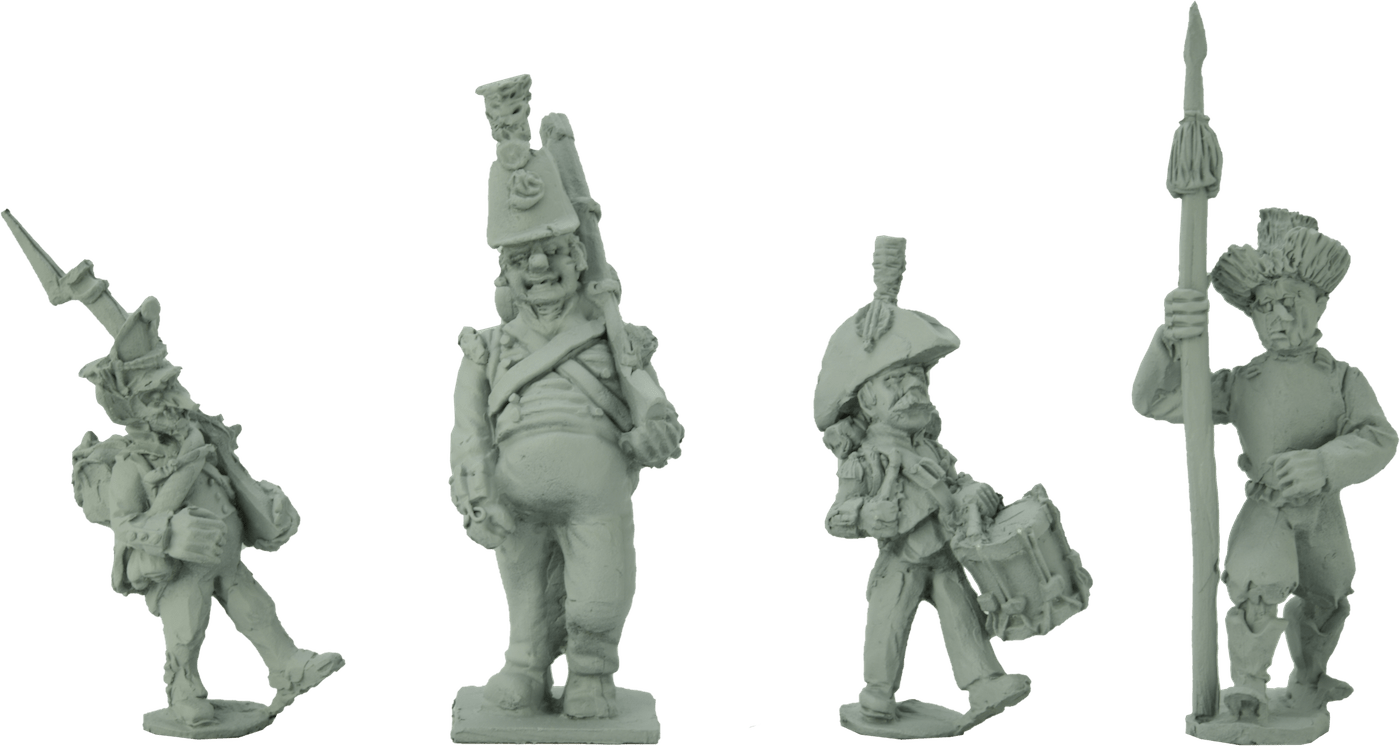 Wi 397 has a Designer’s Notes on Wars of Ozz, the new fantasy battles game based on the Frank L. Baum’s world, given a post-apocalypse twist. We will have a flipthrough of that rulebook online next week but first there are some models to take a look at – a taster of all four of the current armies.

Each is a £32 Infantry Regiment – 20 models on foot, including command, and an extra mounted colonel. They are metal cast and come in at 28mm scale but, due to the varied nature of Wars of Ozz’s people, there’s some size variation.

It’s fair to say that these are very much gaming pieces – the level of detail and refinement in the sculpts is slightly lacking compared to the quality you might find on models for other games. However, these are regiments, not skirmishing groups, so it is somewhat understandable. The Wars of Ozz range is already huge and the game is only just released!

Casting is ok, but you will need to do some mould line removal and general cleanup to get your models unit ready. And on that subject – units in Wars of Ozz are mounted on five or six two-inch square bases. In the case of infantry, it is four models to a base – a standard unit consists of five bases, along with a mounted colonel on their own base.

All four of the packs we look at here contain all the miniatures needed to field the unit, including a command group with officer on foot, two standard bearers and a musician.

Ok, that’s the generic stuff out of the way – what makes each regiment unique? Well, the denizens of Ozz are not just uniformed or armed differently, they are all very different, right down to their genetics, so there’s some real variety here.

These residents of the Western lands of Ozz were transformed into an efficient, well-organised, well-supplied national army by the great wizard, Zoraster. Perhaps reflecting that organised state, the models have distinctive uniforms, guns that represent their (in game) high marksmanship ability, and impressive bicorns look more imposing atop their heads because of the Munchkin’s diminutive size.

Munchkin light cavalry ride ponies and the colonel here is mounted on a cute little pony. The in-unit command’s drummer looks rather good, as does the standard bearer, but it’s worth noting that both standard bearers are the same and there are duplicates throughout this and the other regiments.

The Winkies live in the Eastern reaches of Ozz, are taller, and have a visual style that seems rather influenced by Cossack elements.

The Winkies are aggressive melee combatants and these models come with spears, while the colonel rides on one of the huge, aggressive, carnivorous birds (called Zilks) that the Winkies have available to them.

Every Quadling who has come of age is required to train with the militia and keep their musket and uniform in good repair; these troops reflect that, uniformed but not as parade ground ready looking like the Munchkin.

These models are stout and come in at 30mm tall from the underside of their foot to their eyeline (then there’s another 10mm of hat!)

The colonel rides a giant boar.

The Gilikin are another smaller race and are, perhaps, best described as goblinesque in their features, but they look dapper in their uniforms and are armed with muskets. Their colonel rides to battle atop a trained mountain goat.