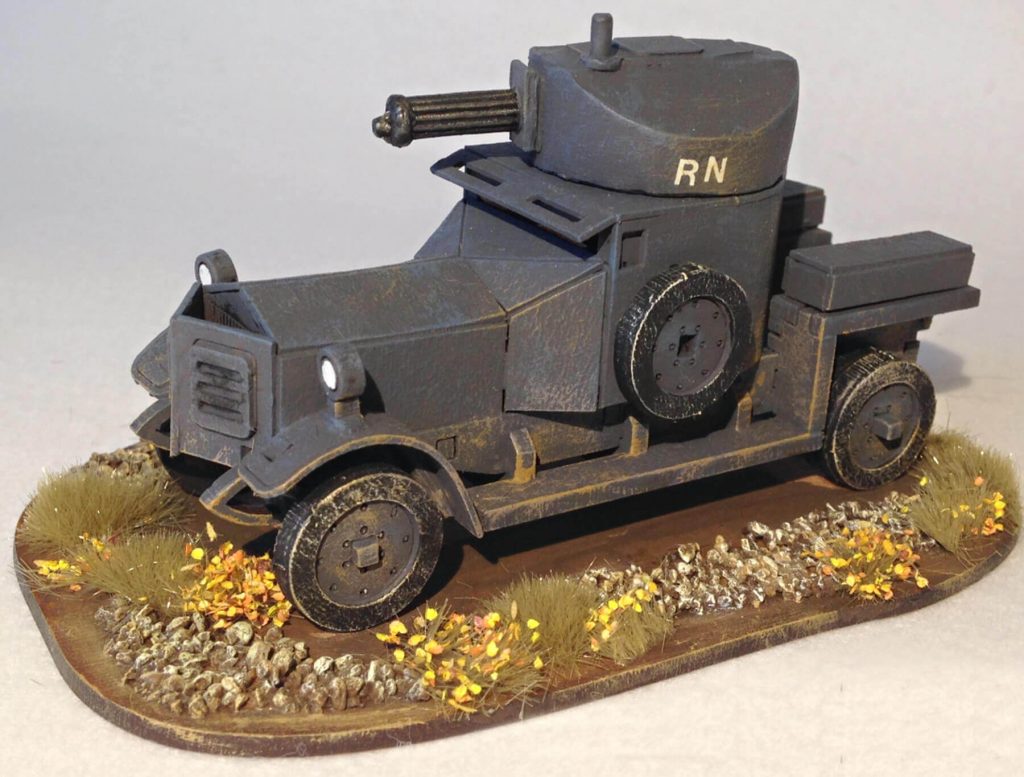 This model was designed primarily for World War One, but similar vehicles were used into the 1920’s and in many other conflicts including the Spanish and Russian Civil War, the Anglo-Irish War, as well as numerous between-the-wars colonial actions. And of course the model would fit right in with alternative history games such as ‘A Very British Civil War’ to name but one…

The model is constructed from laser cut mdf and card, with a resin turret and gun.

PROS: Quick and easy to assemble, and at £9, very reasonably priced.

CONS: It must be emphasised that this not a scale model of a Rolls Royce Armoured Car; for that you’d have to pay a lot more, but it does make up into an acceptable representation of an armoured car of the type, even though the machine gun is seriously over-size. Any criticisms that I would make are more due to the limitations of the material and consequent production technique rather than the model itself.

COMMENTS: The model could be easily and cheaply enhanced by substituting rubber tyres, and bonnet hinges made from thin paper or self-adhesive labels. And you can add accessories; shovels, buckets etc; even ‘rivets’. Find a clear reference source, mark the positions of the rivets, carefully drill holes and then push and glue cut down pins into the holes.

I can see wargamers buying several of these models to create a highly mobile support squadron for their forces, as well as using them as a basis for some super-detailing and conversions.

(Photograph supplied by Warbases. Please note that the base is not included.)