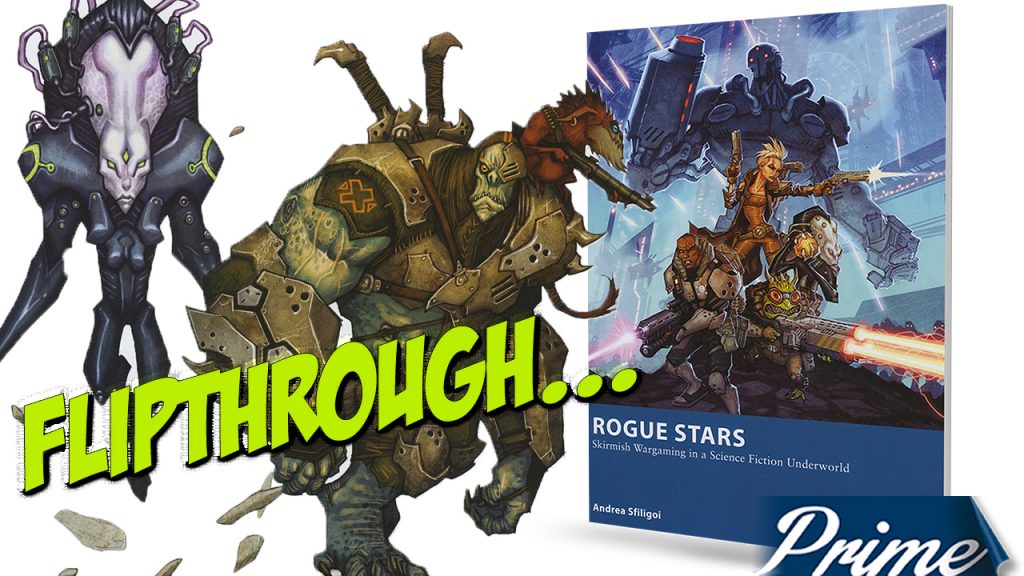 For those looking for a way to undertake sci-fi skirmish games on the fringes of science fiction settings, this upcoming release from Osprey Games could be the perfect choice.

The game is focused upon the adventures of a team of characters, designed using a fairly detailed creation system, using a small, 3” x 3” gaming surface. Each group will probably consist of between 4 to 6 figures per side. One good thing about character creation is the fact that this is a very open-ended system, allowing you to create human, alien and robot characters remarkably easily.

The main type of die used is a D20 and players roll against a Target Number or TN to activate, take shots, hack into a computer or similar. By equaling or exceeding the TN, you are successful. Failure can lead to some unfortunate effects.

To activate a character, you must exceed the TN on either one, two or three D20’s. Obviously, the more dice you roll, the greater the chance of success but also the greater chance of some failures.

Every time you succeed in an action, you gain 1 stress marker (create or purchase your own). Every time you fail, your opponent gets a Reaction roll, which can create actions which take place before yours and can result in the initiative passing to your opponent.

A list of possible Actions and Reactions is provided, of which we’ve provided a sample.

Ranged and Melee combat have a series of modifiers that make TN’s tougher or easier, plus the Damage inflicted can be to various locations and have a number of results.

The game comes with mission generation tables, character creation skills and traits, sample teams and a whole host of information that, once you have put together a team, you can record and needn’t refer to that often.

One particularly eye-catching part of the book is the excellent, inspirational artwork from Johan Egerkrans that can be found throughout the book that really shows what is possible in a game of this nature. The fact that much of this artwork has been turned into excellent miniatures available from North Star Military Figures and sculpted by top sculptors means that you can really embrace this unique vision of a sci-fi setting.

So, there you have it, a miniatures-based games system that owes much to the world of the roleplaying game but is fast enough to keep the tabletop action flowing. It’s also a game with an interesting setting and encourages you to seek out not only the ‘official’ miniatures but also dig deep into your collection for something a little unusual