Resident Evil 2: The Board Game 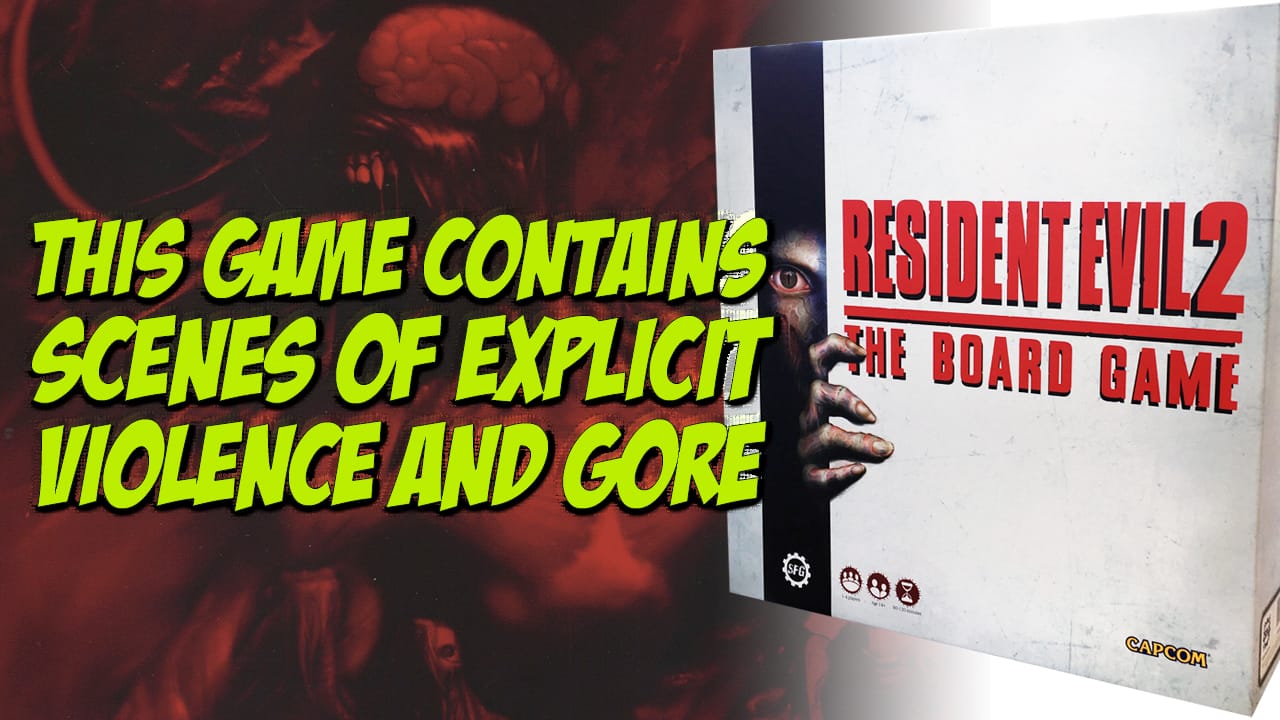 Steam Forged Games and CAPCOM have collaborated to create a new board game based upon the Resident Evil 2 video game. Based upon the events of the console and arcade game, the players struggle to survive as they come under attack from an onslaught of various zombies and other creatures.

Once you remove the box lid, you come to a nice touch, an image of the original content warning from the computer game. Not actually useful for the gameplay, but a nice touch. Next comes the main rulebook, a 23-page softback book which is very well laid out, uses plenty of textual and pictorial examples of play and has some great artwork. There are the basic rules, complete with a ‘training mission’, some additional rules for aspects of the terrain, characters and enemies, plus some advanced rules to add extra layers to the gameplay. The rules do their level best to evoke the atmosphere of the computer game, aided by the main layout and graphic features.

Next comes the 19-page softback Scenario Book. This outlines 8 scenarios in full detail, from set-up to special rules, etc. There are also options for Campaign Play, tying all the scenarios together to add that similar feel to the classic video game.

Moving on to the various components for the game, we find the game aids and punchboards with the tokens and markers. The evocative artwork and styling is very much in keeping with the overall look of the game.  The tokens, templates, markers and other parts are all double-sided, and are printed upon durable, heavy gauge card. Also included are the game tiles, in the same durable card, five sheets worth in total, representing the poorly lit corridors and rooms which the heroes have to traverse.

We next come to the miniatures, based upon the characters any true fan will recognize.   These 32mm plastic miniatures are quite thin compared to some, but are pretty accurate to the video game characters. Some of the details on the heroes and zombies are a little soft, but the zombie dogs and larger monsters are very nicely done.

Also included are the game cards for the characters and the various pieces of equipment, adding even more ‘flavour’ to the game.  The last items are the special D6 dice, used in the combat system, plus the tokens used to show damage on the character cards. All of these come inside a plastic tray inlay with suitable gaps for the miniatures and enough space for all the components to be carried around in the box from gaming session to gaming session.

This is a high quality product, a fitting tribute to the video game and the hours spent in arcades by many formerly young people. No doubt future expansions will add even more layers to the gameplay in the future.