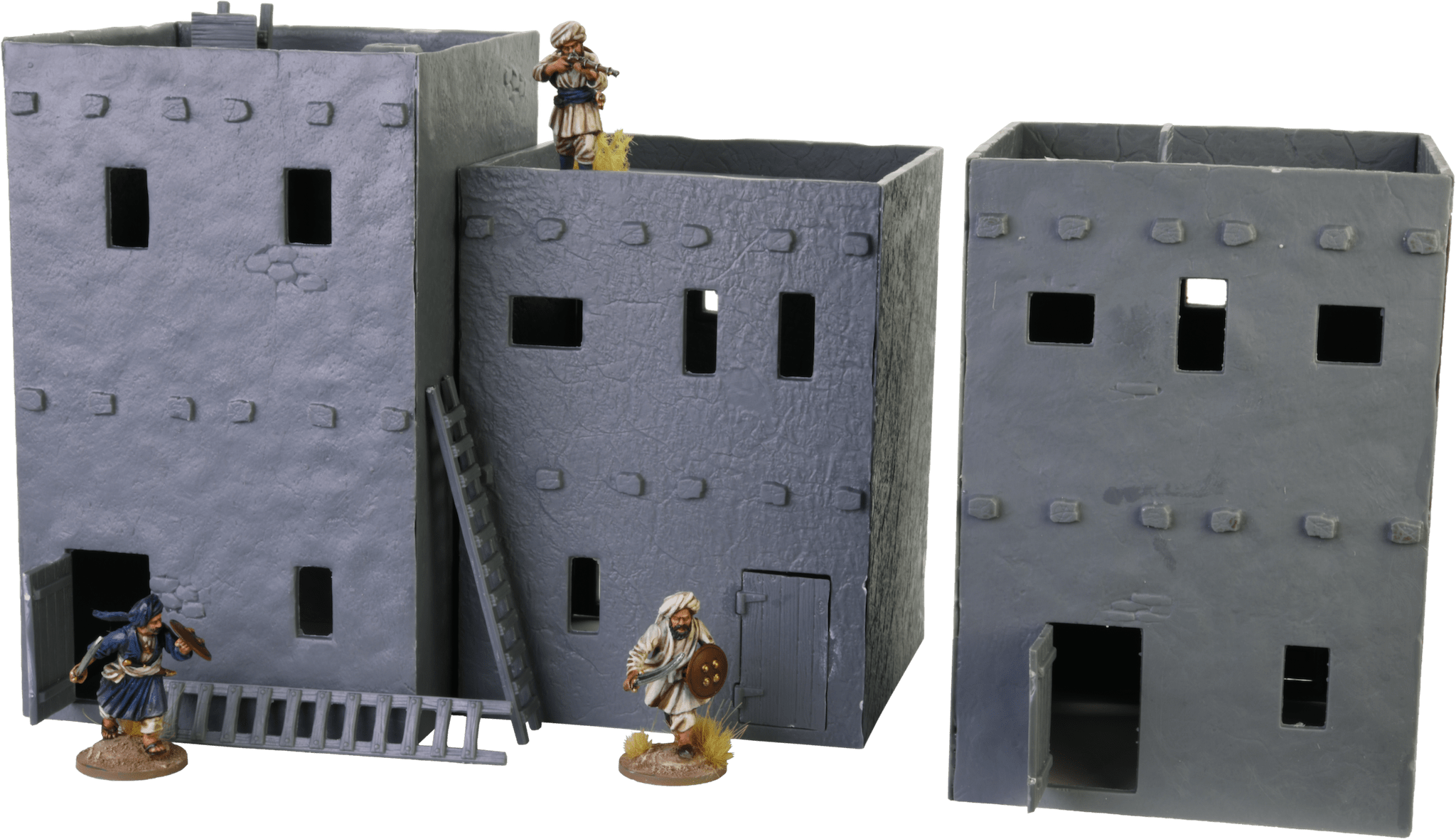 Those hoping to recreate the Anglo Afghan wars (or any other activities in the region) are blessed with a variety of treats right now and Renedra has got new plastic buildings to add flair to your tabletop.

Perry Miniatures Afghan Tribesmen in front of the completed buildings.

This boxed set ties in nicely with their existing Mud Brick House kit and Accessories frame. If you combine all of them, you’ll have enough structures and details to create a well-populated area that really looks the part. Three buildings are included, all with the same 80mm square base size, but at different heights and with slightly varied placement of their details. The price of this box is a very competitive £22 ($30 US) making for a low per-building price.

They’re cast in the same hard plastic you’ll know if you’ve bought any other Renedra terrain and scaled for 28mm. Again, if you’re familiar with Renedra’s terrain, you’ll know that this means that everything’s a little below realistic sizes (doors are too tiny to be accurate representations, for example) but just right for gaming purposes and more than big enough that they look right on the tabletop.

Each building is made from four walls, a mid-level floor, and a roof (which can just be placed rather than glued, to be removed and show the interior detail) along with some extra accessories. Instructions are included but you’ll probably not need to use them once you’ve made one of the three buildings – construction couldn’t be simpler.

The roof can just be placed rather than glued.

The inside of the buildings look rather special – it’s a shame they are hidden away!

They look very nice with a mix of textures – wood on the beams, ladder, door and trap door; mud brick on the walls and floors; then there’s the patterned rugs that sit on the mid-level floor. You get a snazzy little sofa that can be propped against a wall too.

The same floor and accessories frame is used on each building, then each different height of building gets two of its own specific frame. After building all three two-storey houses you’ll be able to stagger their layout nicely. Not only is there the height variation (130mm, 115mm, and 108mm) but windows and doors vary in their placement too.

We’re really into the look and practicality of these buildings and Renedra have created a set that will give gamers great options to game around again and again.

The kit comes with various accessories such as ladders, pots, and sofas to go in the houses.