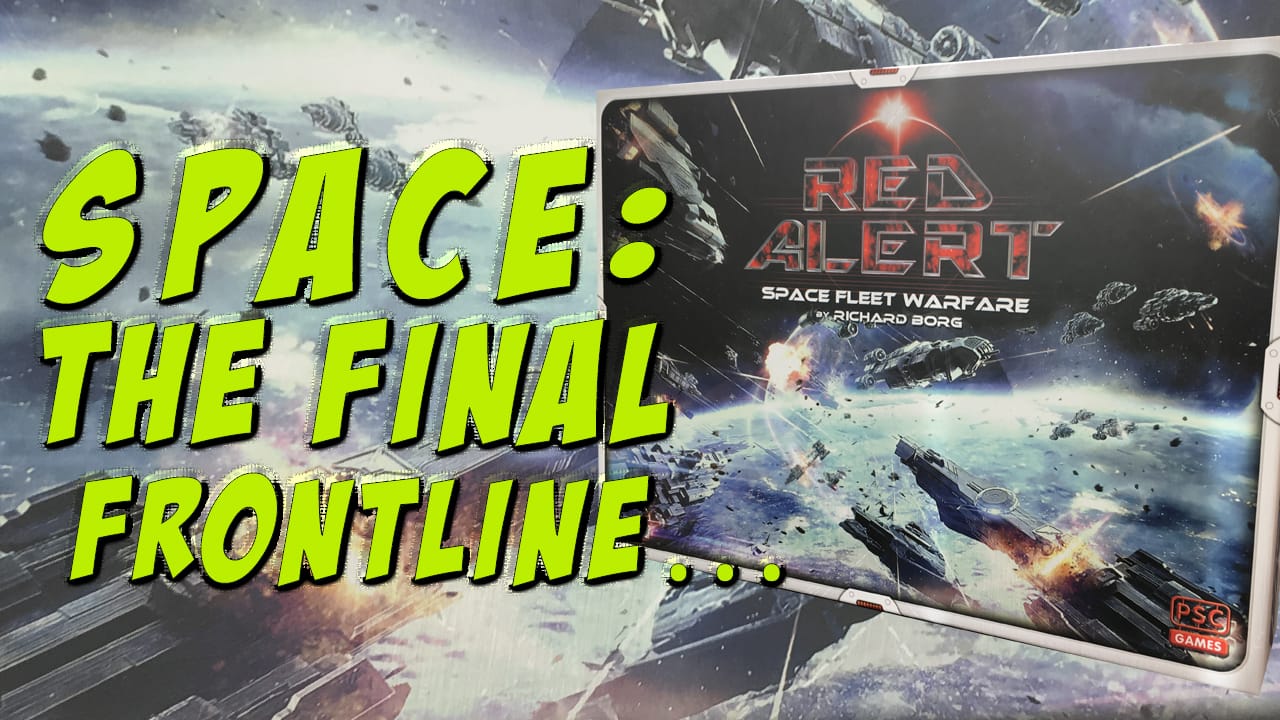 The Plastic Soldier Company have taken Richard Borg’s tried and tested Command and Colors and worked with him to publish a set of space combat rules, Red Alert. These come in a large boxed set which contains rules, punchboards, spacecraft and a play mat.

Once you lift the lid of this substantial box, you first come upon the rulebook. This is a 43-page softback book which is easy to access, uses stepped examples and has some great artwork. It contains not only the core rules but also 8 scenarios.

Moving on, a really nice touch is the inclusion of a Star-field Game Mat. This is single sided and made from a nylon like material. The hexes are used for movement and calculating ranges, etc. Being made of cloth rather than paper, this is a game mat that should last for a fair amount of gaming and won’t wear away due to constant folding. A great idea that other companies should follow.

Nestling beneath the game mat are decks of Command, Combat and Task Force which all have a function during the game. Again these are simple to use, functional but nicely rendered, and made from a fairly durable playing card material.

The all-important miniatures are next, with 92 starships split into two 46 ship Fleets. All the classes of vessels required are here, from the diminutive Fighters up to Heavy Battleships and a Flagship for each side. Molded in either red or green, these are fairly generic ships, with distinct designs for each faction, either the Confederation or the Commonwealth. These are quality gaming pieces that could be used for other starship combat games.

The final portion of the box inlay contains enough stands for everyone of the ships in the game, plus the special symbol dice uses during the game. Again, these are quality components, which shows that the approach to producing this game has been to provide the best available options rather than skimping to save money.

This is a top quality product, with high production values and some variable gameplay. PSC have thought about every aspect of the components and have delivered something different. The actual rules will be largely familiar to those who have played a Command and Colors game before but have some nice ‘space age’ nuances to make the whole thing feel fresh. Great value for money, and in a box that can survive the trip to many a gaming night, this is another winner from the folks from Plastic Soldier Company.