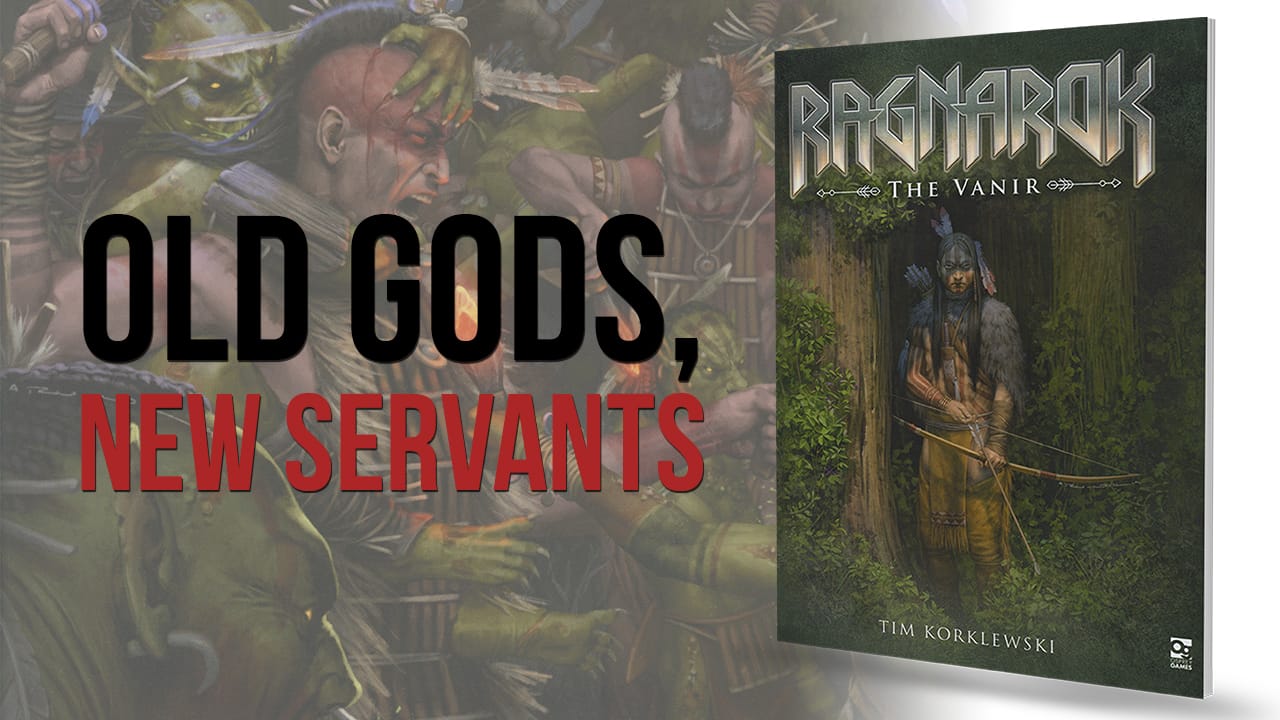 Ragnarok: The Vanir is the first supplement for the Ragnarok core rulebook, the ‘Heavy Metal combat in the Viking Age’ skirmish game released last year. The supplement introduces a surviving faction of the Gods, the Vanir, and their chosen servants, the Skraeling Tribes. An 111-page, full colour hardback book, this is a sumptuous book with plenty of fantastic art and a host of new options for gamers.

The first 16 pages of the book focusses upon reminding players of the key concepts behind the main rules, as well as clarifying the use of the core aspect of the so-called ‘Morpheus Engine’. This is useful for the new and established gamer, especially as the fundamentals of the Success Table are updated, replacing the inaccurate versions that was originally printed in the Ragnarok rulebook.

The book then goes on to introduce the different clans of Skraelings who act as the tools of the Vanir, all largely based upon the Native American tribes of the pre-contact period. The different classes of the Skraelings and their game stats are presented, with some lavish artwork used to illustrate them. The new rules for suitable weapons, abilities, new God powers and the Siphoning ability are explored, adding more options to the game and new information to the background.

Additions to the campaign rules system are offered, with new magic items, Legendary Items, powerful magical weapons and armour, and the devastating effects of Corruption are all covered.

Two new sections of the rules cover the use of Longships and mounts within the concept of the game. A nice touch is the ability to adapt the scenarios for use at sea, weather effects, how to incorporate longships as models in the game, using a host of creatures as mounts within the game and full stats for the same.

Next are 6 scenarios, fully outlined with set-up, special rules, varied victory conditions, narrative and objectives. Many of these scenarios make use of creatures from the Bestiary and Encounter Models, again newly presented in this supplement. Many of the creatures have a relevance to the rich cultural heritage of the Native American tribes. There are also details of the Avatars of the Vanir, who can be conjured as aspects of the sleeping Gods Freyja, Freya and Njord, surviving Gods who disdain the spread of the mortals and dark Gods and creatures who seek to usurp the vanquished.

This is an easy to access book, with an interesting blend of mythology and reality. The rules and concepts offer a wealth of new and useful options to the gamer, always useful to refresh those who have been involved in taking part in the same gaming background for a while. Once again, the quality of the artwork used is exceptional, and extremely evocative. If you bought into the core concepts of the main rulebook, you’ll enjoy the opportunities presented in this latest offering.