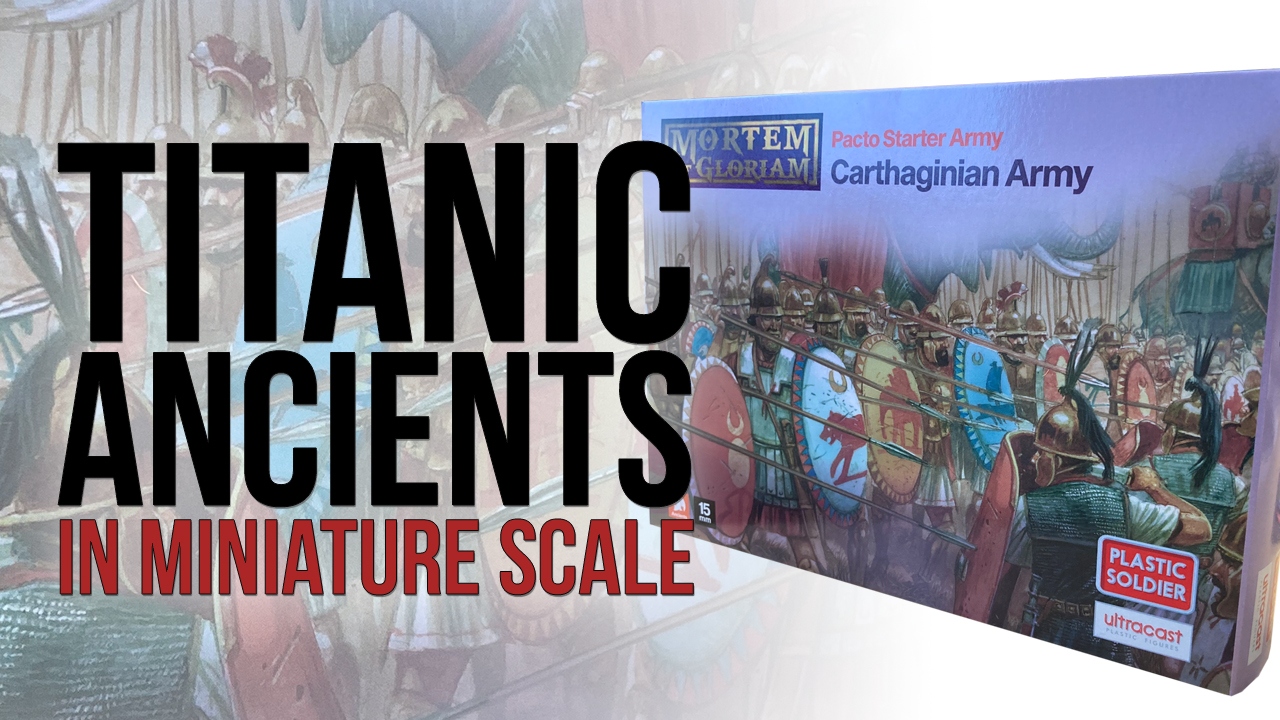 Out onto the table tumble more ‘ultracast’ sprues from PSC – the Plastic Soldier Company. This time it’s a total of 105 figures forming a Mortem et Gloriam Carthaginian Army. Or at least that’s what it says on the box, we’ve actually got 36 African spearmen when apparently we should have 30 (bonus!). As well as the Spearmen – forming the core or veteran units of the army, we have 24 Gallic allies, three mounted generals and 24 Spanish, Numidian and Punic cavalry. As you will have gathered; a great mix of figures to form a ‘Pacto’ Carthaginian army for MeG of indeed any other 15mm ancients game.

Taking a closer look at the models and starting with the ‘African Spearmen’ we have a mix of mail shirted and linen corselet armoured figures, carrying either Hellenic style circular shields or more Roman looking scutums. It looks like all are also slung with a sheathed sword. Helmets are of the common Montefortino, or crested Roman style.

Whilst the detail on these figures is generally good, the Ultacrast process has struggled a little with the tips of the spears, and there are blowholes in a couple of shields.

The other infantry in the set are Gallic looking with a liberal scattering of moustaches, long hair and random weaponry.

The mounted element of the set comes in the form of Punic, Spanish and Numidian cavalry, providing a nice mix of variously armed warriors, plus three generals – it would have been nice to have three different rather than two the same.

The horses are particularly impressive, they both look realistic (no fairground sculpts) and the riders sit very comfortably atop their steads.

Thermo plastic resin (TPR) or Ultracast as PSC call it, is still such a new and opinion-splitting material that it is hard not to turn every review of figures made from the stuff into a review of … the stuff. Suffice to say this boxed set won’t be for everyone, simply because flexible figures that usually need to be de-flashed and sometimes bent into shape aren’t for everyone, but at £35 for 105 figures this box does represent great value for money and a well thought out mix of minis for those who embrace, or at least can live with, TPR.