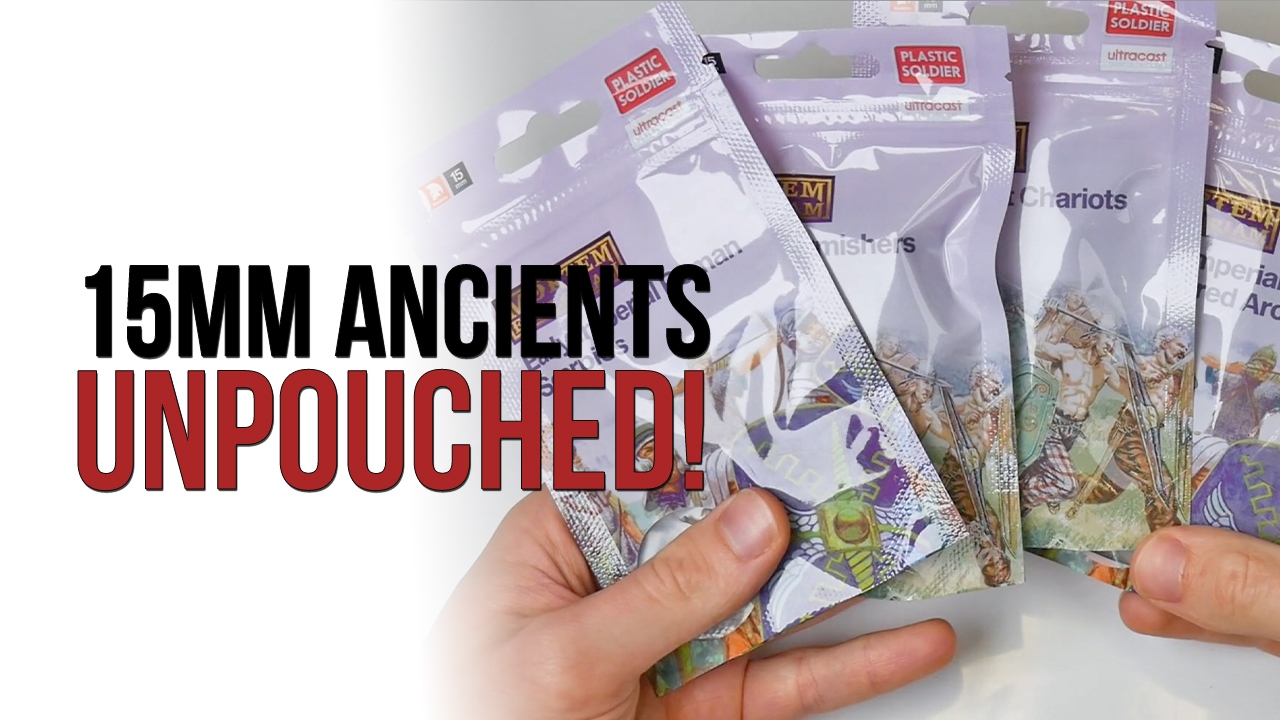 15mm fans are getting spoiled by Plastic Soldier Company’s releases at the moment. After their recent Ancients army sets, intended for Mortem et Gloriam, they’ve expanded the range. We’re taking a look at more models for Early Imperial Roman and Gallic armies. We give them an unboxing … or, rather, an unpouching.