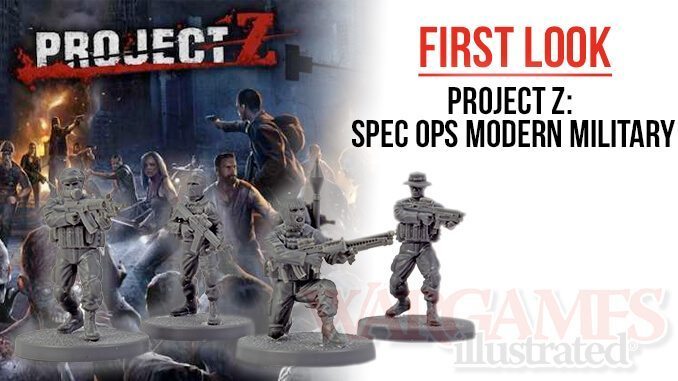 We were lucky enough to visit Warlord Games today at just the right time!

As you can see below, this is a sample plastic sprue that was created by Wargames Factory of Ultramodern multipose warriors. These were never released prior to the deal made with Warlord Games. The idea behind the sprue is that you can use the weapons attached to the arms or the spare items to create warriors from a number of different armies, so you can use the AK74 arm and a suitable head for Russian troops, the M4 arm for US forces or the SA80 arm for UK troops for a range of theatres of operation.

As this was one of the original versions of the sprue layout from Wargames Factory, there are more weapons than warrriors that can be constructed. The good news is that Warlord Games have re-designed the sprue to include more torsos and legs, so you can construct more figures per sprue but still have a range of weapon and other options.

These will be out at Salute, as will the new Project Z boxed wargame – it’s time to gather weapons and ammo and prepare for the zombie apocalypse!