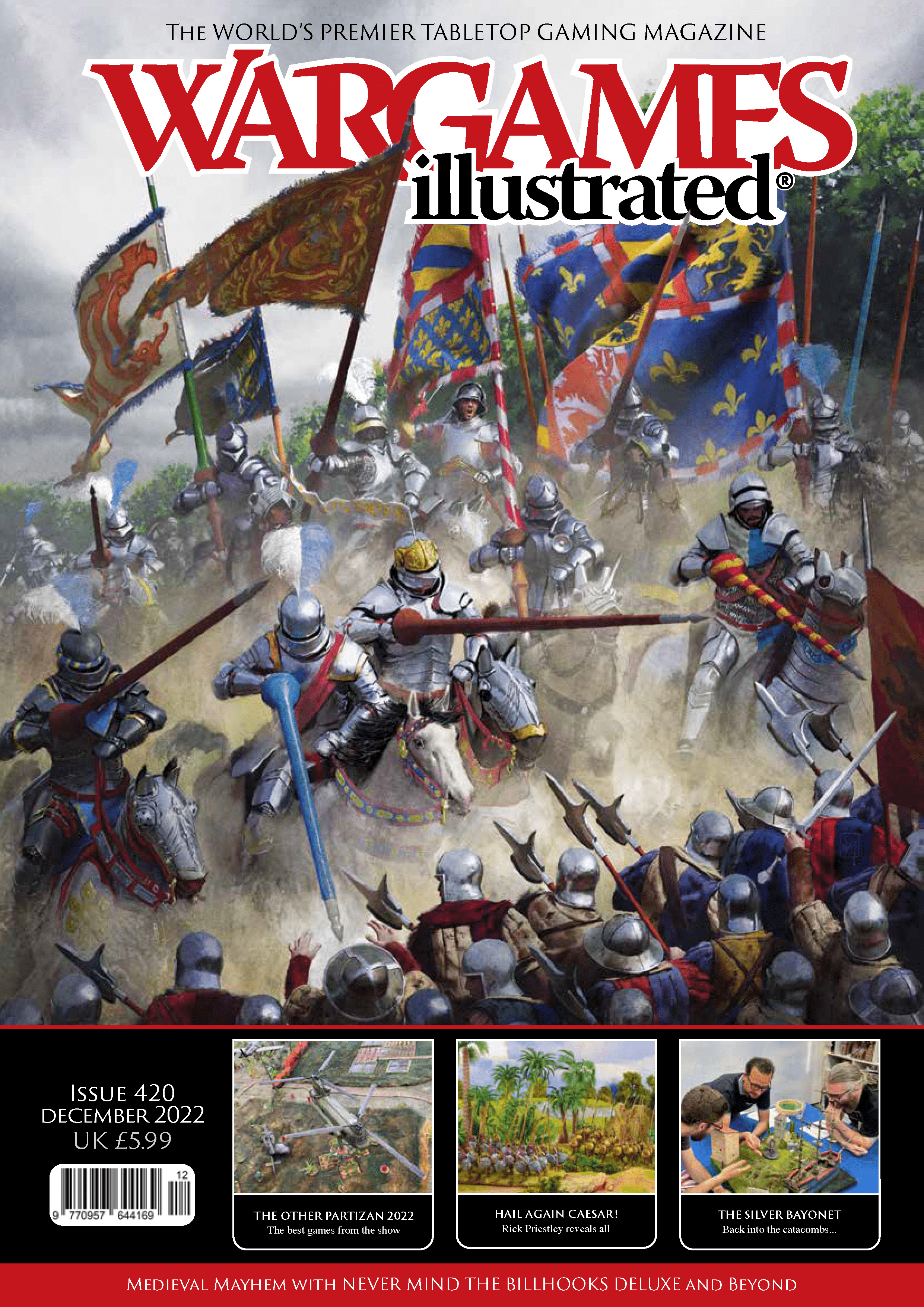 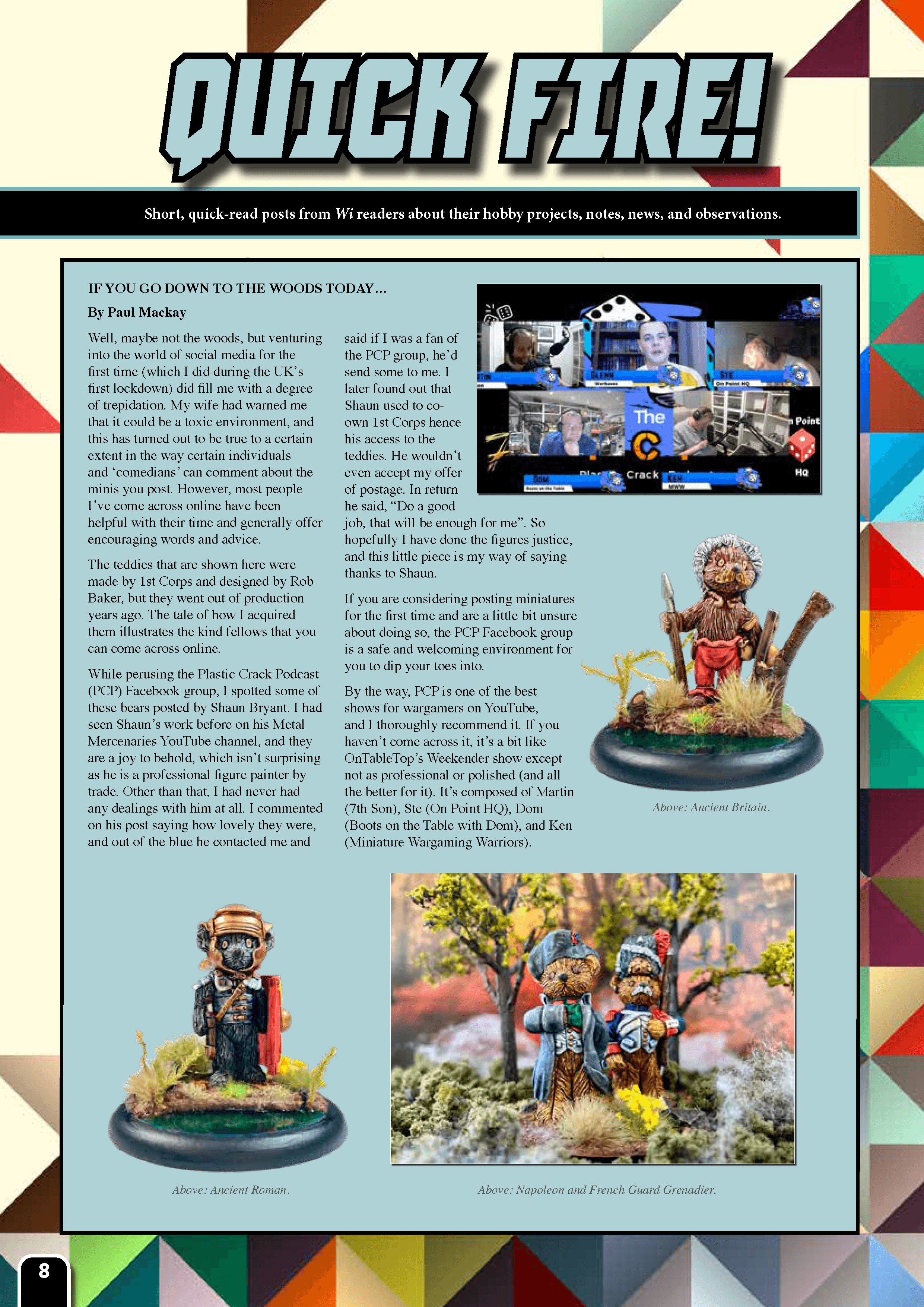 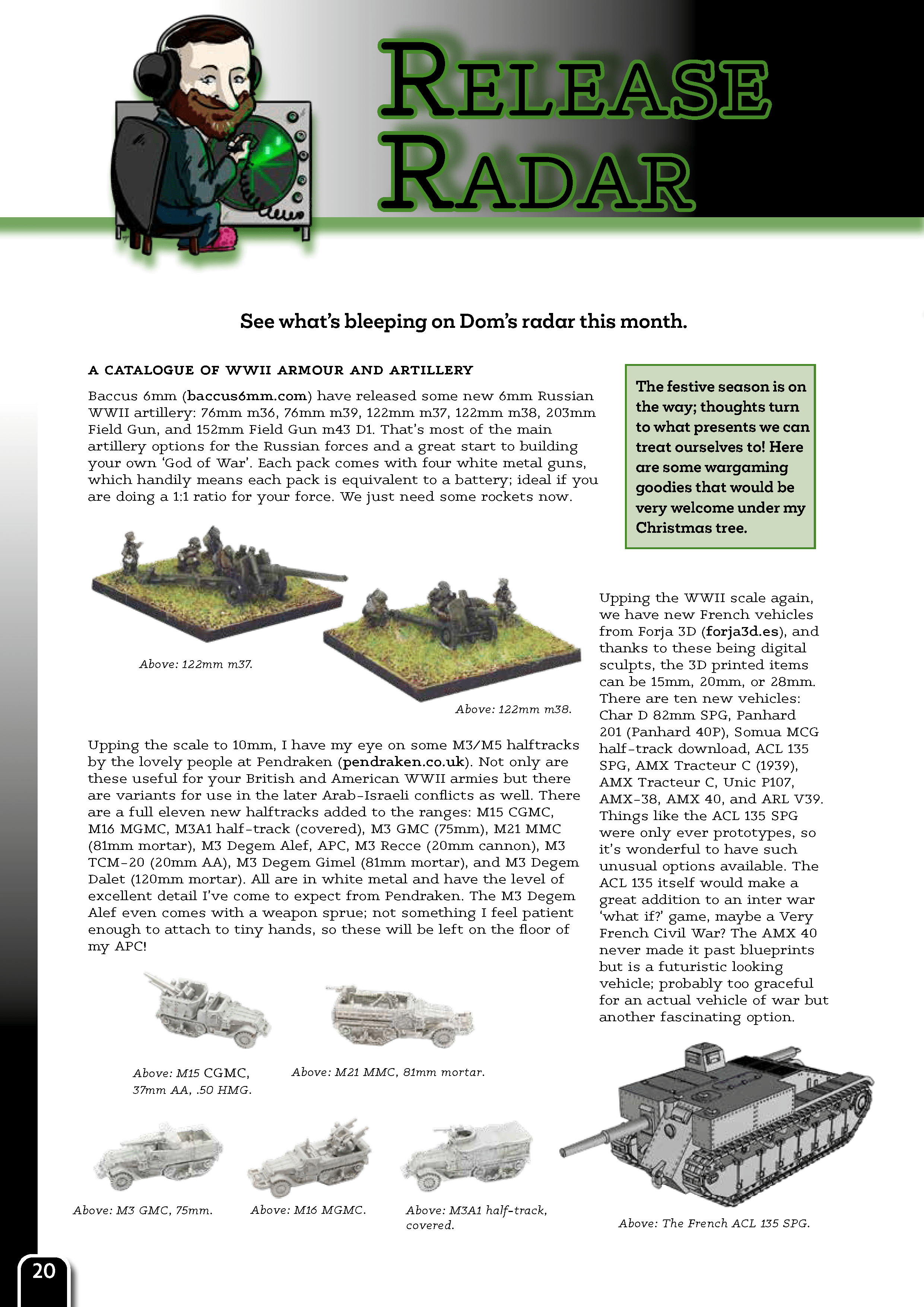 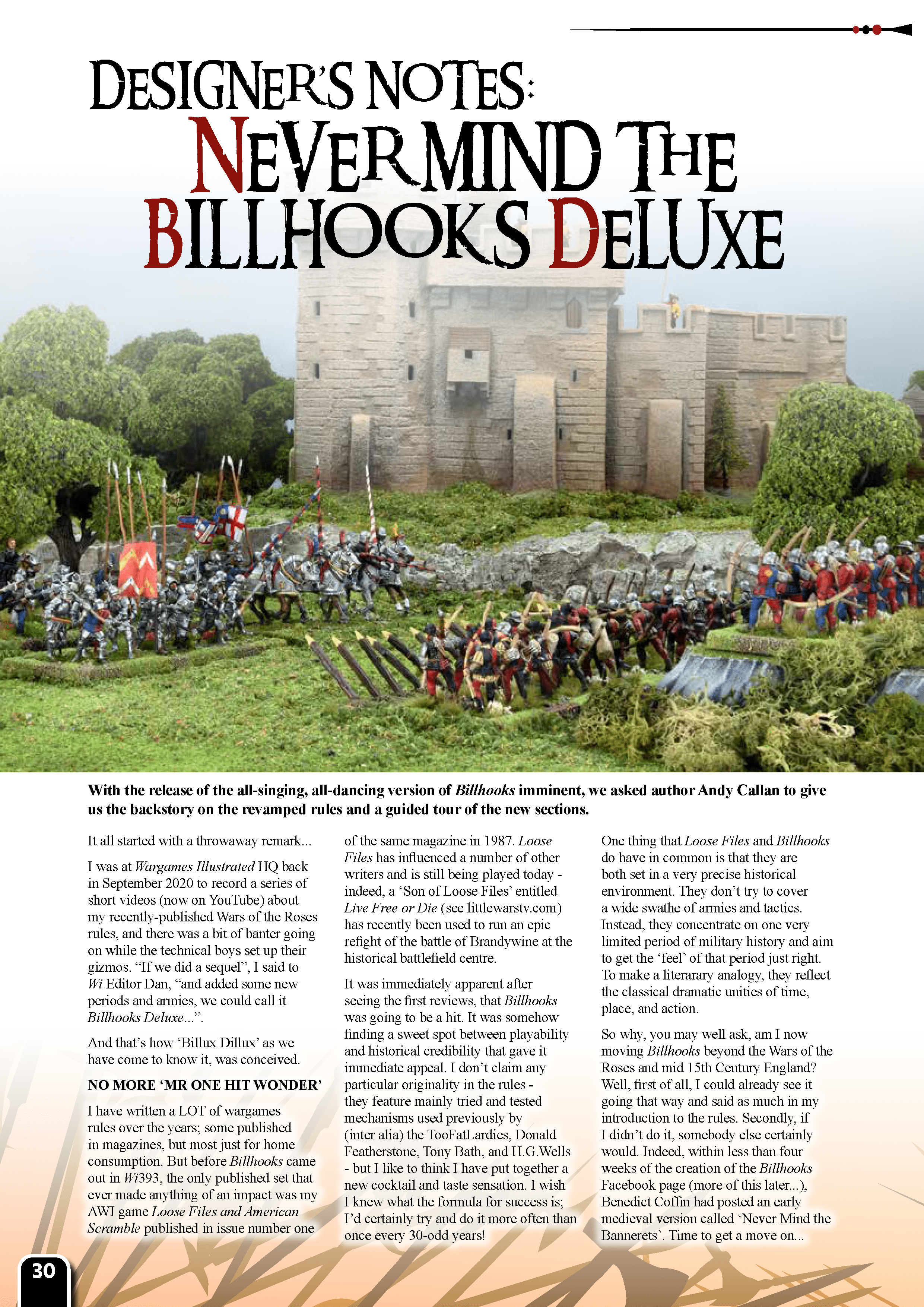 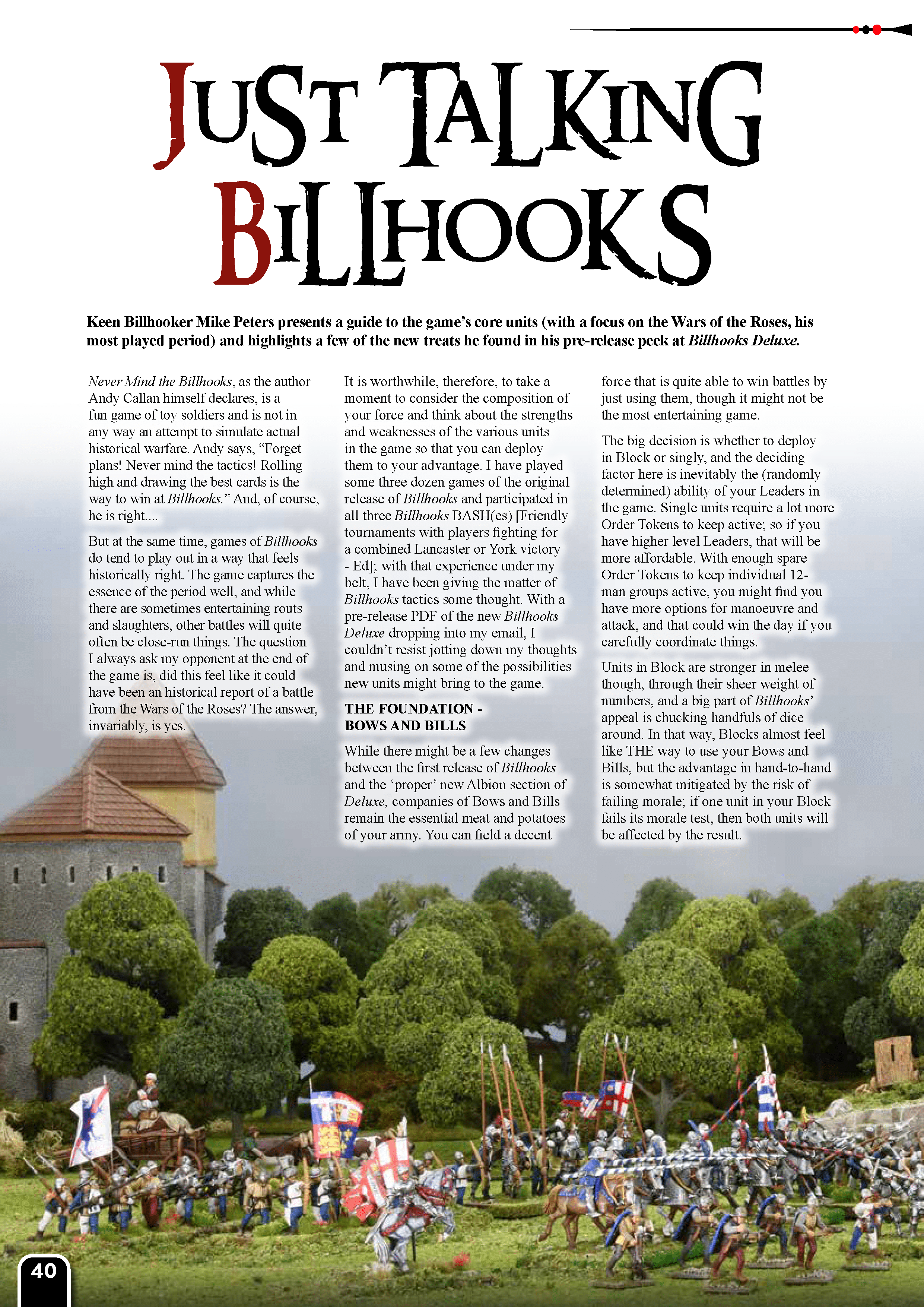 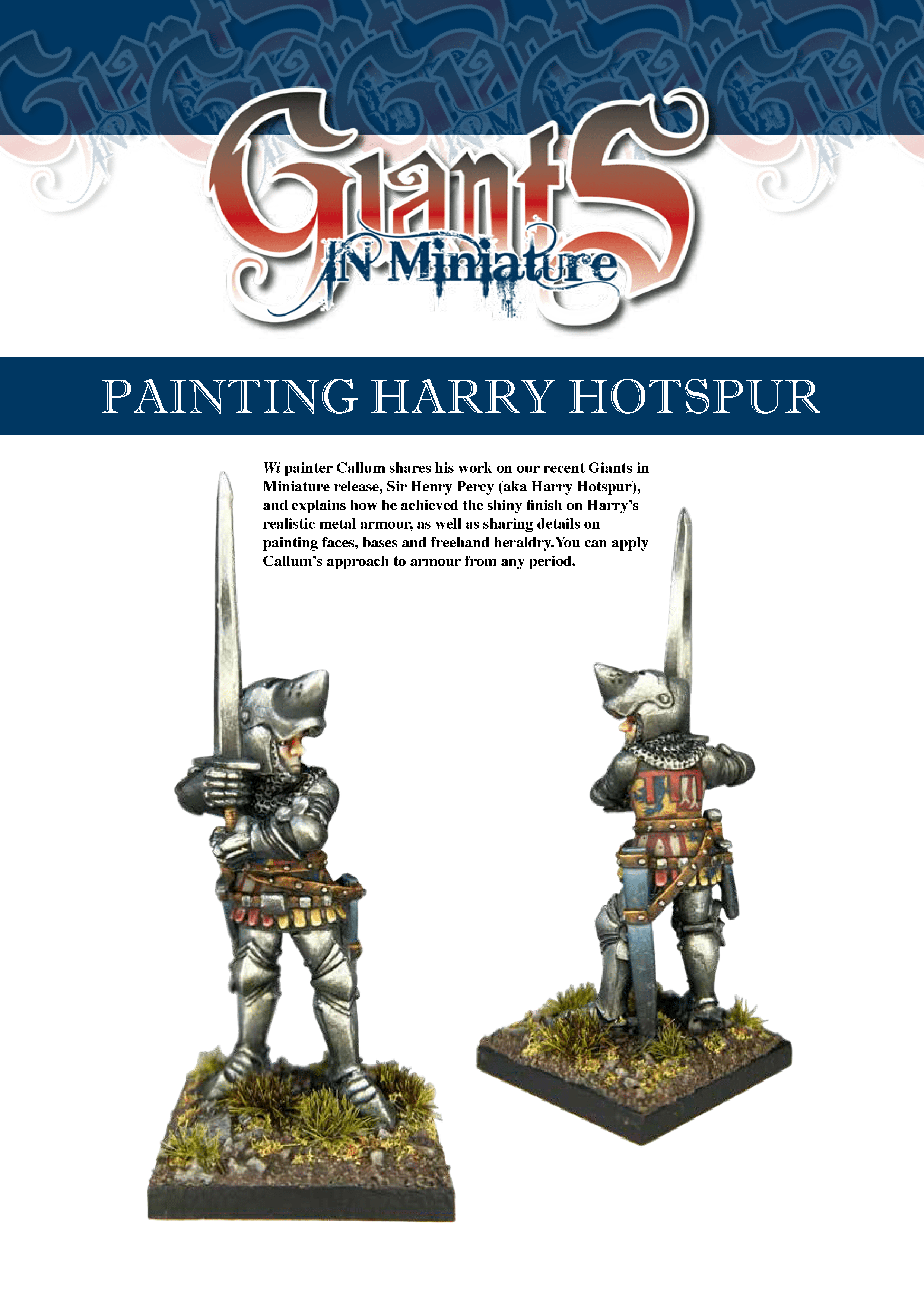 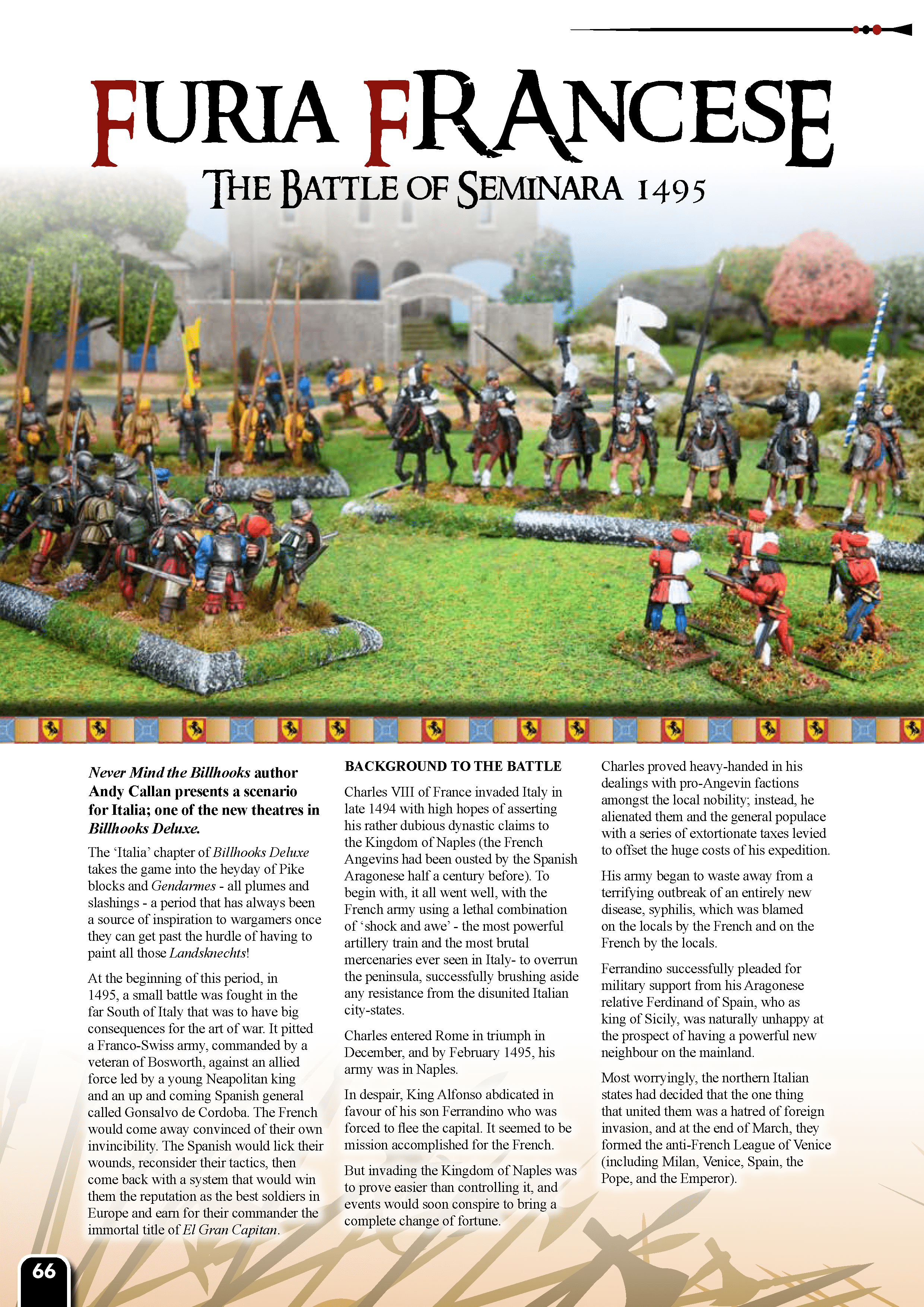 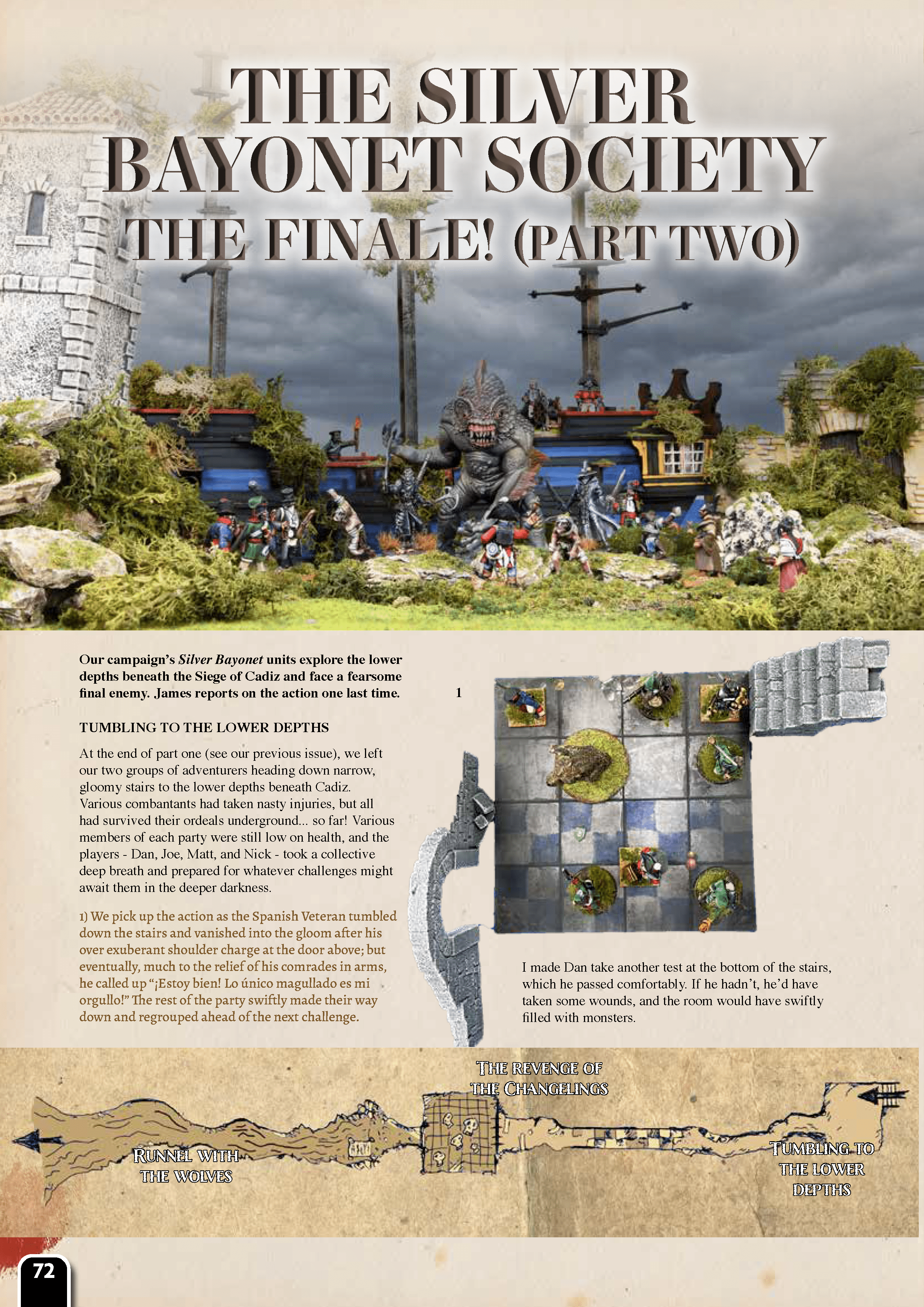 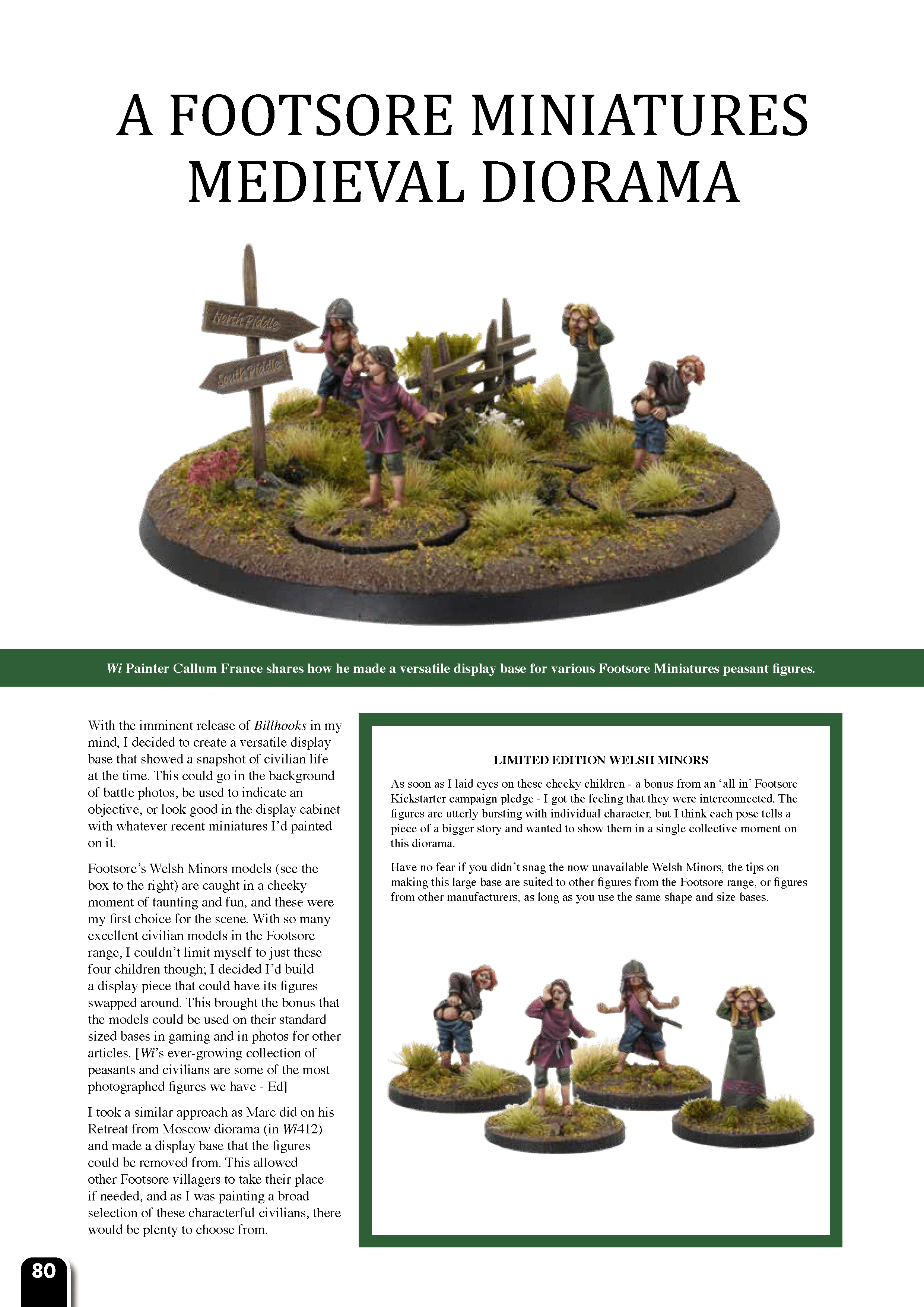 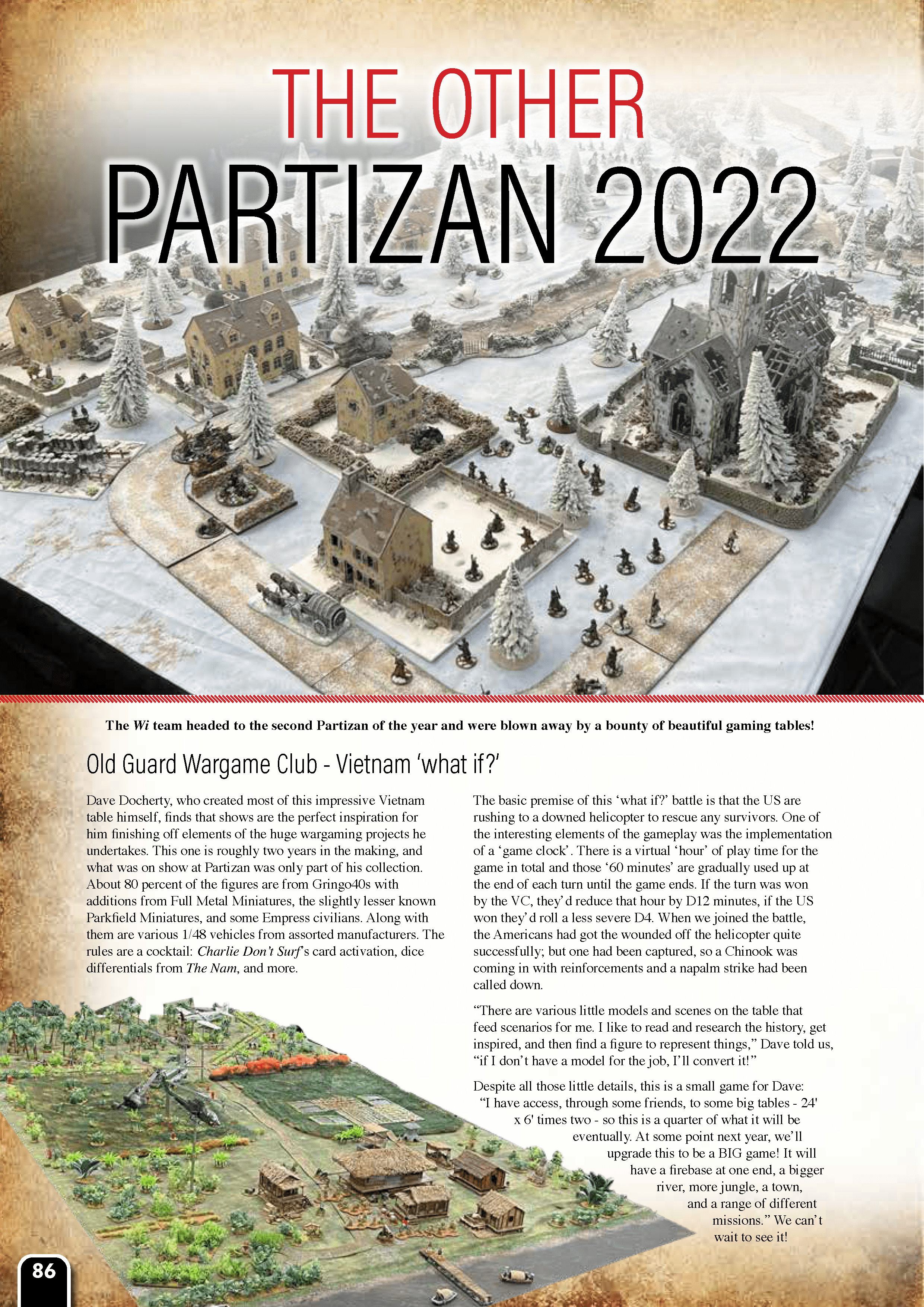 It’s been over two years since we gave away a free rules supplement called Never mind the Billhooks with Wi393. Since then, this ‘big skirmish, small battle’ set of Wars of the Roses rules has grown legs, donned armour, and run off to recruit a loyal army of followers.

Not supporting figure ranges or rulesets is a recognised ‘crime’ in the hobby. When we were approached by Billhooks enthusiasts who suggested expanding the free rules by including more ‘theatres and conflicts’, we sat down with the game’s author Andy Callan, discussed the idea, and hey presto, 14 months, one pandemic, and a cost of living crisis later, Never Mind the Billhooks Deluxe has just been published; the all-singing, all-dancing, 180-page version of the rules. The big difference this time around is we aren’t giving it away for free.

Never Mind the Billhooks Deluxe is the first set of rules published by Wargames Illustrated Ltd, and we’ve made it the theme of this month’s magazine; think of that decision as either shameless commercialism or a neat introduction to a revamped ruleset we gave you gratis in September 2020. Or don’t think about it at all and enjoy the theme content as generic medieval fare, with plenty more in the form of non-Billhooks, non-medieval action: our tour around two great wargames shows, a look at Hail Caesar second edition, mine head-making, and Silver Bayonet playing.

THEME: DESIGNER’S NOTES –
NEVER MIND THE BILLHOOKS
With the imminent release of the all-singing, all-dancing version of Billhooks, we asked author Andy Callan to give us the backstory on the revamped rules and a guided tour of the new sections.

THEME:
JUST TALKING BILLHOOKS
Keen Billhooker Mike Peters presents a guide to the game’s core units (with a focus on the Wars of the Roses) and highlights a few of the new treats he found in his pre-release peek at Never Mind the Billhooks Deluxe.

HOW TO… BUILD AN OLD WEST MINE
Paul Davies builds an impressive wooden mine head and track, ready for some quick draw gold rush action.

THEME:
PAINTING HARRY HOTSPUR
Callum France shares his work on our Giants in Miniature release of Sir Henry Percy (aka Harry Hotspur), and explains how he achieved the shiny finish on Harry’s realistic metal armour. You can apply Callum’s approach to armour from various periods.

DESIGNER’S NOTES:
HAIL AGAIN CAESAR!
Warlord Games have announced the arrival of the second edition of the popular Hail Caesar rules. We asked Rick Priestley what we might expect to see the second time around.

THEME:
FURIA FRANCESE
Never Mind the Billhooks author Andy Callan presents a scenario for Italia; one of the new theatres in Billhooks Deluxe.

SILVER BAYONET SOCIETY FINALE – PART TWO
Our Silver Bayonet adventurers explore the lower depths beneath the Siege of Cadiz and face a fearsome final enemy in the concluding part of our campaign.

THE OTHER PARTIZAN 2022
The Wi team head to the second Partizan of the year and are blown away by a bounty of beautiful gaming tables!