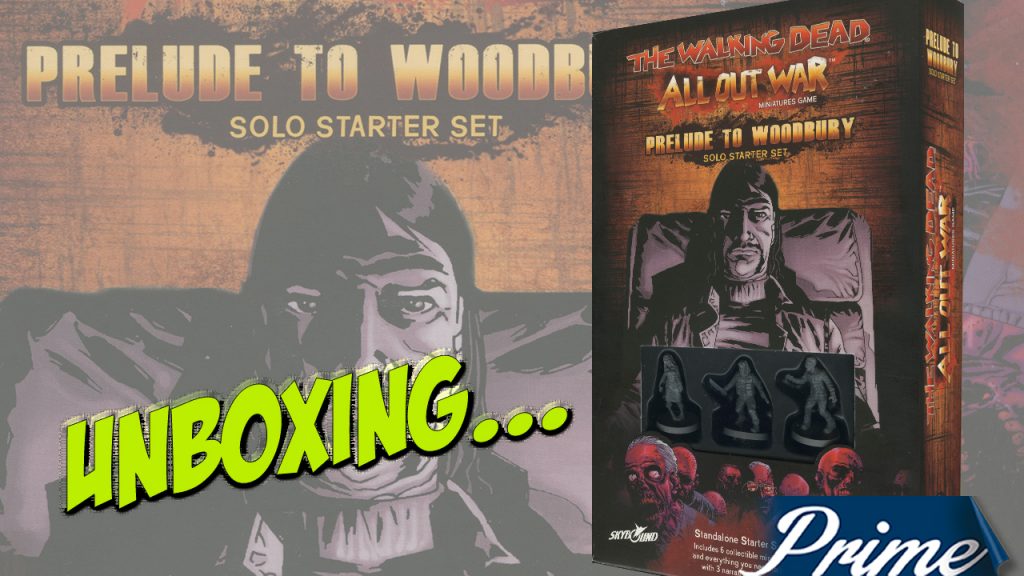 The Walking Dead All Out War Miniatures Game from Mantic, has proven hugely successful with fans of the TV show and comic book alike. However, if you have yet to take the plunge or don’t want to invest too much money until you’ve tried the rules, the Prelude To Woodbury starter set could be for you.

The Prelude To Woodbury set is a complete boxed game designed for solo play. In it, you play one of the most important characters in the history of the comic, Brian Blake, who becomes The Governor. The quick start tutorial takes you step by step through the rules system, whilst you play out the character’s journey to his future as, The Governor.

The boxed set contains six unique miniatures; The Governor himself and five Walker zombies, plus the rulebook. You also receive a set of two dimensional card terrain, including two cars and three barricades. The remainder of the components are similar to those found in the larger Core Set, including the relevant templates, counters, character cards, event cards and equipment and supply cards. You also receive a full set of dice and a range ruler, allowing you to get straight into the action.

Considering the size of the box, this is packed to the maximum, but still designed for everything to fit back inside. In a way, it is almost a ‘travel version’ of the game, and one that allows for hours of solo gameplay. However, if you try this set out and then commit to expanding with the All Out War core set, you are still able to use the components that come with this set. The benefits of this set as a starting point for The Walking Dead Miniatures Games, reflects Mantic’s commitment to high quality products at an affordable price.