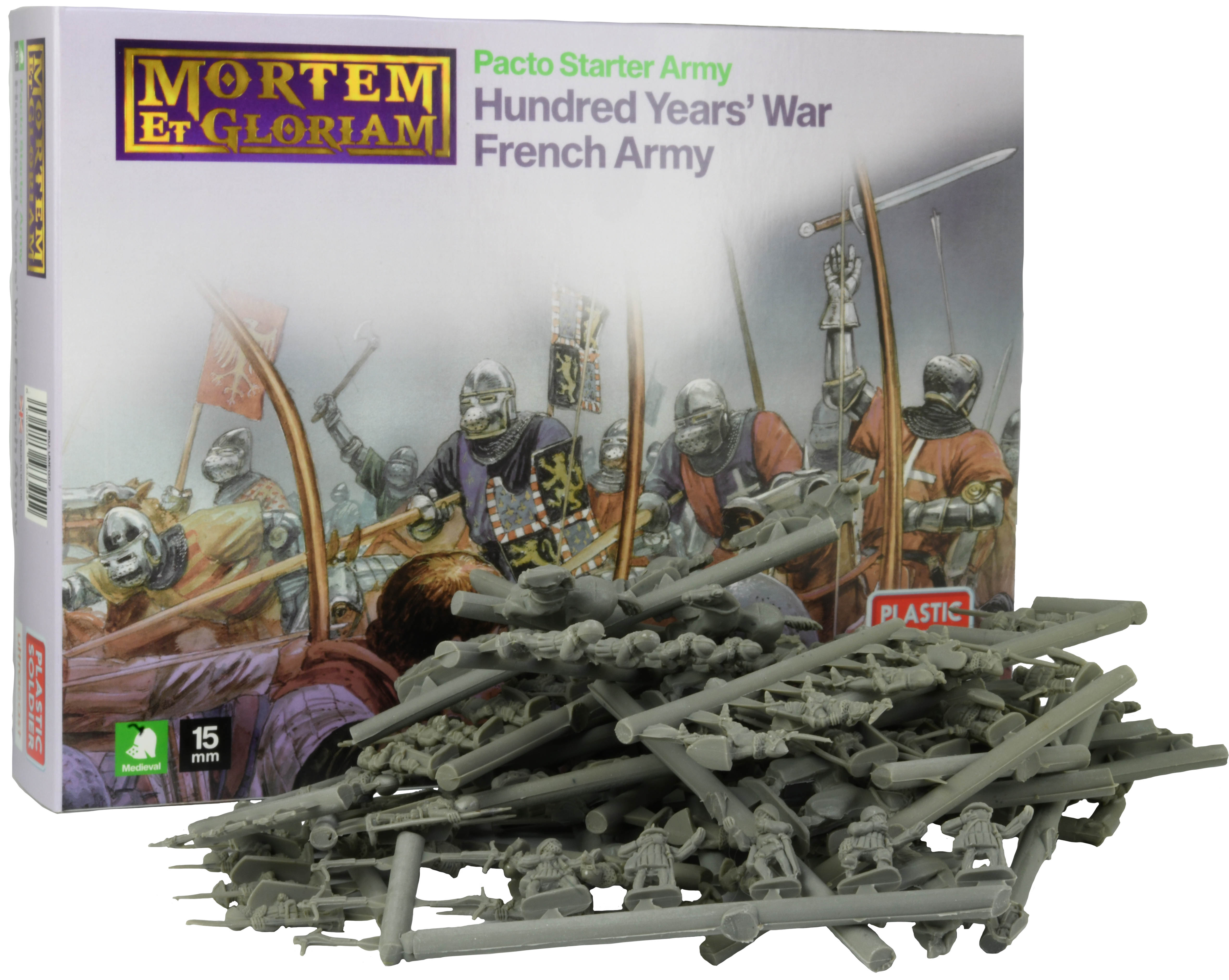 The figures are nicely proportioned and crisply cast with very little flash. They are compatible with most modern ‘15mm’ scale miniatures, standing 18mm from foot to top of helmet. The relatively soft material used does, however, have an unfortunate consequence, causing some of the longer lances to acquire a bit of a bend. These will require a hot water fix.

You get 18 mounted knights and (very usefully) the same number on foot. This allows you to either field both together or to have dismounted substitutes for your mounted knights. They all carry shields and have a mix of surcoats over armour and aketons. Their armour places them towards the end of the 14th Century, making them most suitable for the middle part of the Hundred Years’ War from Poitiers through to the campaigns of the Black Prince, Bertrand du Guesclin, and the Free Companies.  This, in my view, is the most interesting phase of the war for relatively small-scale wargames. Unfortunately, all the horses are caparisoned whereas most would historically have been without caparisons.

The armour and shields of the knights make them much less useful for the campaigns from Agincourt to the end of the war.  In this later period, most knights were shieldless and many wore ‘white armour’ without surcoats. Although most of the armour is a bit too ‘modern’ for Crécy they could happily form a French army from the first phase of the war without raising too many eyebrows.

The 24 crossbowmen and 18 spearmen with pavises can represent Genoese mercenaries or well-equipped militia from any time in the Hundred Years’ War. The only thing missing is less well-equipped militiamen who tended to accompany French armies in fairly large numbers. They were, however, frequently left out of the fighting so their lack of inclusion in this pack is not a problem.

If you fancy a dip into gaming the Hundred Years’ War without a huge financial outlay then this starter pack could well be for you. At just under £40 ($55 US) you will get all you need to field a decent French army of the mid to late 1300s.