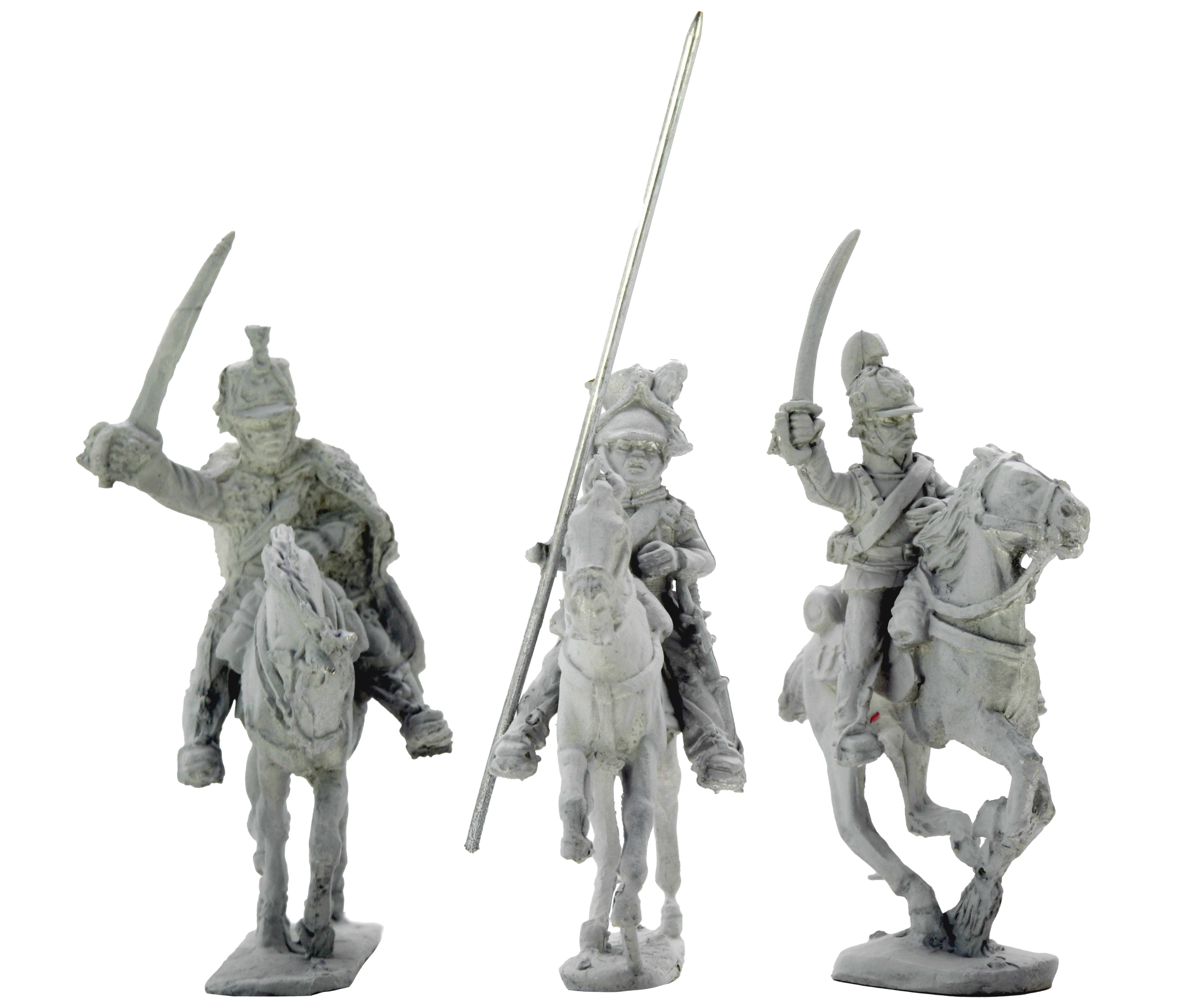 Cornwall based Piran’s Warriors began as a figure painting company but have now branched out into producing their own miniatures, starting with a 28mm range of Austrians for the Second Italian War of Independence / Franco- Austrian War of 1859.

The infantry range is sold as individual miniatures, or they can be purchased in battalion packs of 24 which include a mix of poses along with an officer, drummer, and two standard-bearers.

In terms of size, these metal miniatures weigh in at the shorter end of the 28mm scale and would be closer to Perry Miniatures or Warlord Games than to Foundry.

First up are the line infantry, which you can purchase marching or in a variety of firing line poses. These miniatures are cast in the kepi style shako, wear the short kittel coat, and are carrying full packs along with rifles and fixed bayonets. All are one-piece castings except for the officer, who has separate arms so you can pose him how you like.

Also available are a range of Austrian Jaeger who, not surprisingly, are all cast in a variety of skirmishing poses. They wear the distinctive Corsican style headgear with plume. Their blanket rolls are placed over their shoulder, rather than across the top of their packs like the regular infantry. There is also a Jaeger officer and trumpeter, sold separately. All of the infantry are all nicely cast with a good level of detail and very few flash or visible mould lines.

The standout miniatures from this range might be the cavalry and with Hussars, Cuirassiers, and Uhlans available, this range is off to a great start!

Mid-nineteenth century European cavalry uniforms were generally very well turned out and the Austrians of this period are clearly no exception. The detailing on these miniatures is excellent, with the crests on the Cuirassier helmet clearly visible, along with the braiding on the Uhlan shako and the Hussar jacket and dolman.

The horses are nicely proportioned and come in some dynamic charging poses. Top marks to Piran’s Warriors for the detailing on the horse bridles, saddles, and tack, which is often overlooked on cavalry horses but can really make a range distinctive.

This war may not be one of the wargaming biggies but anyone with an interest in mid-eighteenth-century European wars would do well to have a look at this range.

As you would probably expect from a company that started out painting, a gallery of painted examples of the range can be found at Piran’s Warriors’ website.