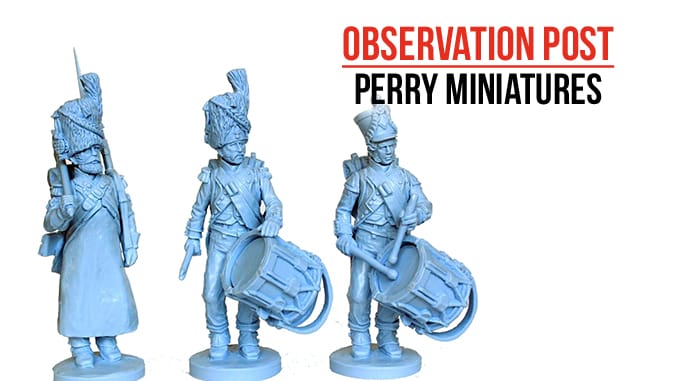 Alan Perry has been hard at work since Salute, and has some Austrian Cavalry and French Infantry command ‘3ups’ for future release as 28mm plastic figures to show off.

The Austrian cavalry set will include the option to field Cuirassiers, Dragoons, Chevauxlegers and Hussars.

The French Infantry command are still a work in progress, with the officer and Eagle bearer to finish. However, if the figures below are anything to go by, they should be rather marvellous:

Here we have Drummers and a Sapeur. The set will also include arms for an Elite drummer and a Voltigeur cornet on the frame.

The NCO arms will allow quite a variety of poses, as seen in these samples.

The ‘Porte-Aigle’ or Eagle bearers come with a separate pennant in case you want to use paper.

These samples show arm variants and two of the new heads.

Plus, Alan has managed to include full dress bearskins on the main frame and command frame.

You can see more pictures on the Perry Miniatures Facebook page but, suffice to say, we’ll be there to offer more news as additional progress is made.