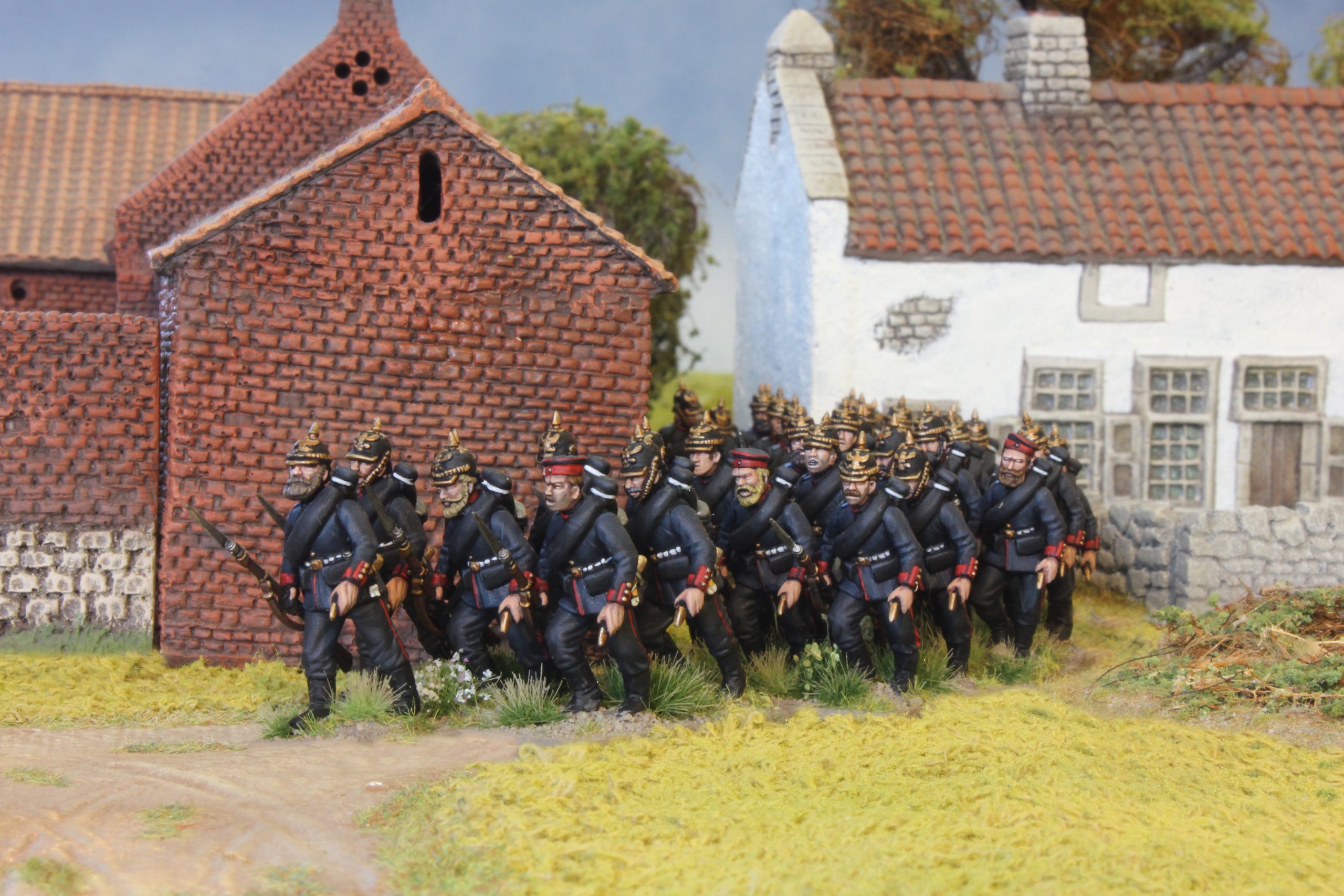 We’ve got a sneaky peeky at a plethora of Prussian prettiness from Perry Miniatures.

The passion project of Michael for quite a while now, he’s finally got the first frames back for his plastic Prussians. These frames are test shots so there are some minor details that will be refined for the final release – a couple of bayonets are too short and there’s a little more flash here than you should expect in the box set.

What is clear is that these are some really awesome figures for a seriously underrepresented conflict – the Franco Prussian War. We have an in-depth feature on these frames and other figures in the range ready to go in Wi404, available towards the end of July.

In the meantime, spin these examples of constructed plastic Prussians in their raw form, along with a painted version from Stephan Huber.

Prussians, painted by Alan Perry, can be seen below, in loose order, standing in front of Hovels European terrain.