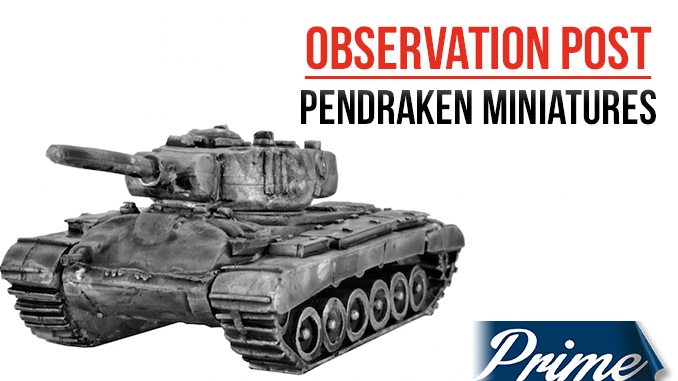 We received a number of 10mm tanks from Pendraken, taken from their latest releases at the time of writing. These range from late WW1 / early WW2 up to those that did service in the post-1945 period, so let’s dive in and take a look.

The first tank is a French (2) FT-17 with a hexagonal turret and a Hotchkiss machine gun.

And lastly for tanks, we have the beast that is the (3)  Tiger II, shown here with the Porsche turret.

Plus, just to prove there is more to Pendraken than tanks, we have this example of a Russian house suitable for Eastern Front battlefields.