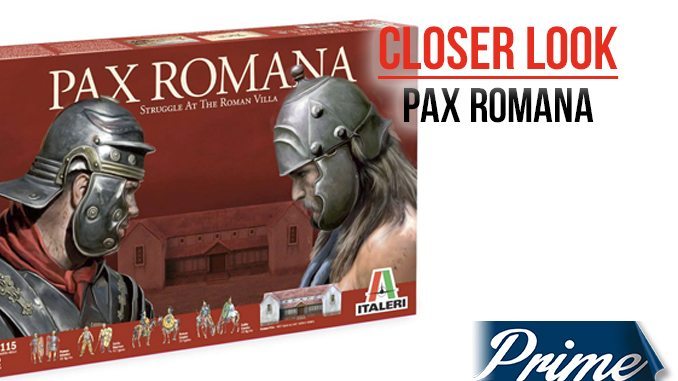 This new battleset from Italeri builds upon the success of their Waterloo and Rorke’s Drift ‘forces and buildings in a box’ in 1/72nd scale.

The figures in this box consist of two reasonably well-balanced forces.

The other figures are 42 Celtic Warriors on foot and 15 Celtic Cavalry. Again, there is a mix of poses, including some in armour and more elegant clothing that can be used as Nobles for command purposes.

The main focus of the battleset is the Roman Villa, which is a detailed MDF kit complete with etched parts. This is a fairly large structure that requires painting to bring out the full effect.

Included in the set are painting instructions for each aspect, based around the Italeri Acrylic Paint system but easy to match with other ranges.

All in all, this is a great set for those looking to invest in a new period but don’t want to go ‘all in’ at the moment. Equally, the quality of the components, especially the villa, makes this useful for experienced gamers and collectors alike.

As our July issue (WI345) is themed around Julius Caesar, we’ll be offering one of these sets as a prize to our Primetime Members, so check out our unique membership content for more details.