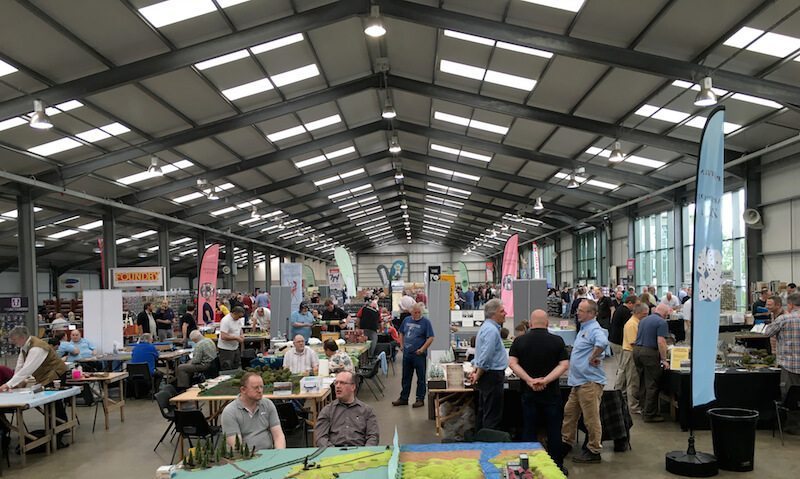 And the organisers (and most other people) said “Let there be light”. And there was light!

Partizan has moved and for the first time in years we are going to be able to bring you a magazine feature on one of the UK’s finest wargames shows in the pages (print and interactive) of WI346, thanks to the fact that the show is now held in the airy and well lit venue of the George Stephenson Hall and away from the dingy hole that was Kelham.

Our magazine feature will take a detailed look at the best games from the show and include information on their conception and delivery. But so you don’t have to wait too long before you get to see them, here’s a brief guide to some of the games that were on display at Partizan 2016.

Let us know what you thought of the new venue and the ‘re-birth’ of Partizan.

Bravo to James Morris, ably assisted on the day by Tom Deakin, who won the “MacFarlane Shield” AKA Best of Show award.

Mr Morris’ game, or rather construction, was Fort Vaux, the WWI Fort near Verdun, France

Loads more on this excellent and innovative game coming up in a forthcoming issue of WI.

… One of two great games from the Grimsby boys

… The figures were pooled from Club members collections, from a range of different manufacturers, with Front Rank being particularly well represented.

The Derby Wargames Club never disappoint with their games

… The Siege of Athlone

A labour of love by Mark Shearwood, with help from other club members

Another game from the Grimsby club. This one won Best Demo Game

You don’t get many fairgrounds on wargames!

The Like a Stonewall group’s St. Albans WotR game

… in action in North Africa

The Newark Irregular’s own game

A game of To The Strongest with author Simon Miller

The Great Yarmouth Old Boys (or one of)

…. with their dolly peg game

Combat Patrol was also being showcased in the participation zone by special guest and author Buck Surdu. More on this one in WI soon.

MAKE SURE YOU CHECK OUT WI346 FOR LOADS MORE FROM THE SHOW – WITH MOVIES OF THE GAMES FOR WI INTERACTIVE (TABLET) CUSTOMERS.

All aboard! Boats in Oathmark by Noel Williams