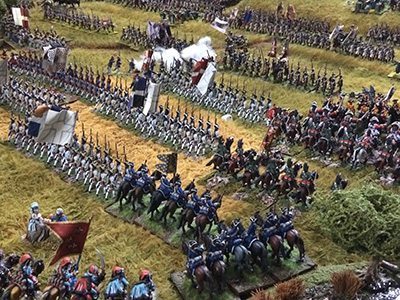 Sunday 31st May saw the penultimate Partzian Show to be held at Kelham Hall, near Newark, England.  2016 will see Partizan in a new venue (somewhere not too far away we believe).

For us the most interesting and impressive game of the show was actually two games, the ‘A Military Gentleman’s Forum’ tandem games of Ligny and Quatre Bras, played out with a twist – in a Seven Years War setting.

We will have more on this game (and the AMG forum) in a future issue of the magazine, but for now here’s a few photos of a few of the games from the show.

To the Strongest – Essex AD60