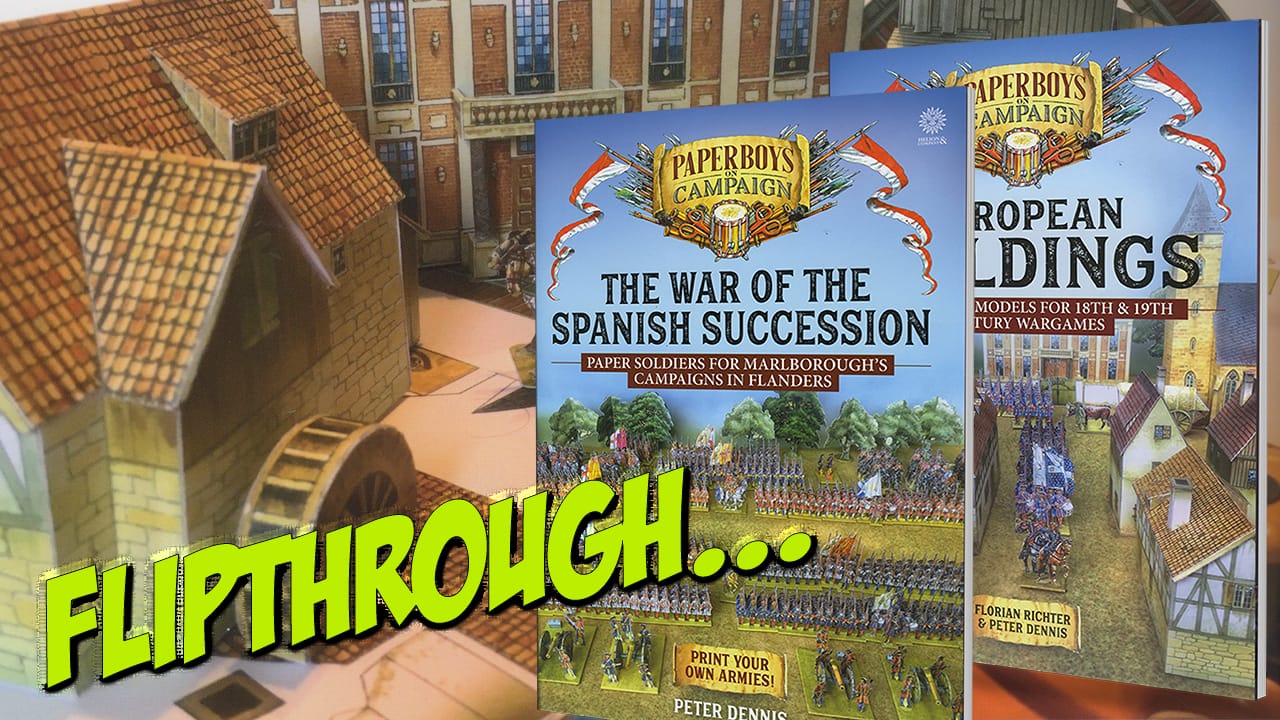 The latest releases in the ‘Paperboys On Campaign’ range from Helion and Company cater for two different aspects. First, we have The War of the Spanish Succession, a series of photocopiable pages full of 28mm sized paper soldiers for Marlborough’s Campaigns in Flanders.

As always, you get a number of armies, most notably the French, Bavarian, British, Dutch and Prussian, with all troop types from infantry to artillery – including mortars. Simply photocopy the colour pages, cut out the units and repeat for huge armies, possibly re-sizing to your chosen scale

There are also flags, mounted and dismounted dragoons, command stands and optional heads for some figures. A nice touch is the suitably coloured artillery carriages and transport wagons.

The other book is generically useful for those gaming the 18th and 19th Century in 28mm. European Buildings contains various standard buildings found throughout the continent, from Northern Europe to the Iberian Peninsula.

Windmills, churches and various types of housing feature, including watermills, mansions and farm buildings. These can all be re-sized during the copying process to create smaller or larger versions.

Also included are various sizes of bridge, plus suitable buildings for use in Spain, walls and fences, tents and trees and a useful set of wagons and civilians. These are ‘wargame scale’ buildings, designed to look good on the battlefield without getting in the way of the gaming action.

Once again, these are useful books from Helion, with Peter Dennis maintaining his very high standard of illustration. The whole ‘Paperboys’ phenomenon continues to be a rapid way to create period specific wargames armies, with no painting and a minimum of assembly. The addition of a series of buildings is also useful, especially as they are scaled for the gaming table. Another high quality release in an increasingly wide range.