Paperboys On Campaign: The Peninsular War 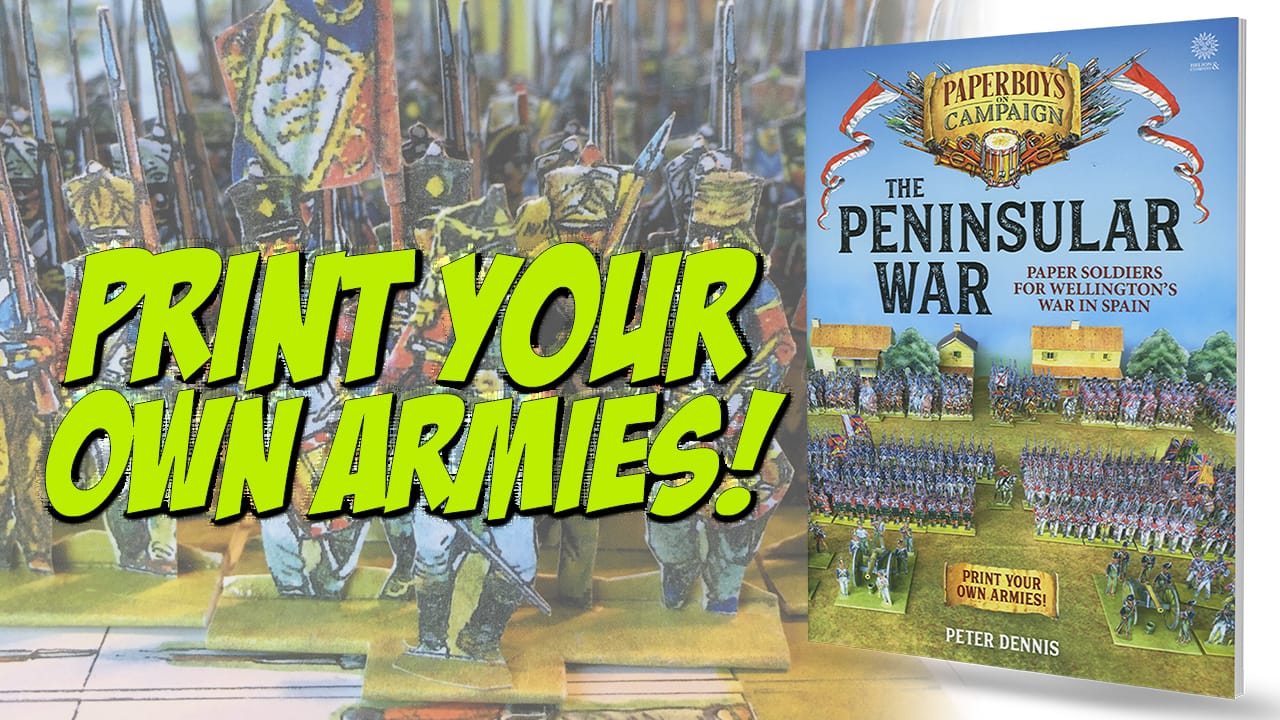 Helion & Company have once again teamed up with artist Peter Dennis to produce the second book in the Paperboys On Campaign series, this time focussing upon The Peninsular War during the Napoleonic period. This 48-page softback book consists of sheets of paper-based figures that may be photocopied and cut out to create huge armies.

The main difference with the Paperboys On Campaign series to the previously published books by Peter Dennis is the fact that the focus is upon offering page after page of troops to photocopy – no rules content, buildings or terrain. Consequently, this Peninsular War book manages to cover every troop type for the French forces, from mounted officers, to Voltigeurs, Swiss, Dismounted Dragoons, Polish, Cavalry and Artillery.

A nice touch is not only the inclusion of Portuguese troops, including cavalry, but also Spanish troops in campaign uniform and also Spanish Guerilla fighters, There is also the option to field general artillery pieces, and a nice guide to creating the different units in terms of numbers, battalion composition and facing colours. Also, a closer look at some of the pages reveals the option to field some poses with different arms and heads, or to add suitable flags to your units.

A very nicely done book, made even more so by the fact that there are options for some variety, plus many of the figures are depicted in ‘campaign uniform’ rather than ‘parade ground’. Plus, of course, having started small, you can add even more to your army as you wish. Just photocopy, cut, paste and off you go!