Panzer Ace: The Memoirs of an Iron Cross Panzer Commander 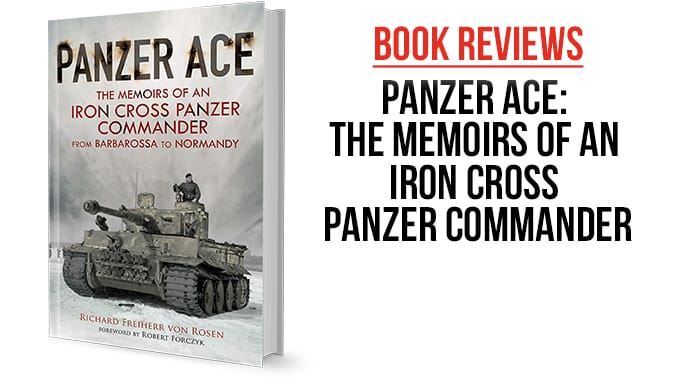 When I received this book, I’m going to have to admit, I did a little cheer, for as a wargamer with two growing German armies for Flames of War and Bolt Action, this to me seemed like a perfect way to see how German armour was initiated, so I could use such tactics in my games.

Rosen has an incredible eye for detail, it is not kidding. The man has a vivid memory, remembering nearly every military action he took part in, from his first operations as part of the larger Operation Barbarossa, to the fields of Normandy, right up to the end of the war. His descriptions of the people and events, from the boring and mundane, to the vicious battles he took part in, just spill history from the pages and into the reader’s mind.

As well as great descriptions of places and events that made my imagination go wild with scenes, the book is crammed with around 400 pictures. Each photo seems to have been lovingly restored with a fantastic quality to them, almost as if they were taken yesterday. As well as photos, there are copies of Rosen’s sketches drawn by him after such actions, notably his first major action, of which he was one of the few survivors’.

I won’t give too much else away, but I will say that if you would be interested in hearing from the German point of view, love German tanks, or want any ideas for your next games or scenarios to play out in [WW2], then I’d recommend this book.